Did you know that seventy years ago the man who became the first Headmaster of Saint Kentigern College was decorated for his bravery as a soldier in Italy during the Second World War.

The College Archives Centre has recently been given a copy of the citation which shows the bravery for which Adam Maitland Lang MacFarlan of the Royal Scots Fusiliers was awarded the Military Cross on 29 June 1944.

In 1939, soon after graduating from Glasgow University with honours in classics and economics, Adam MacFarlan had joined the Argyll and Sutherland Highlanders for recruit training at Stirling Castle, and afterwards was commissioned in the Royal Scots Fusiliers. 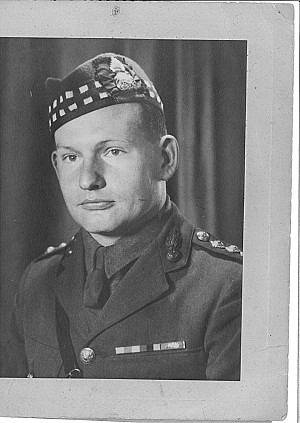 He served as an officer in a number of war campaigns as well as it Italy where he won the MC and was wounded at Anzio.

After the war, Mr MacFarlan completed theological studies at Glasgow University and became a minister. A distinguished scholar and a brave soldier with recognised leadership skills, who was also a minister of a Presbyterian church, the Rev A M L MacFarlan MC MA was chosen by the Saint Kentigern Trust Board to be the foundation headmaster of its new College in Auckland, New Zealand.