The College commitment to the Arts programme is particularly evident in the ever-growing interest amongst students in the dramatic arts.

Drama students have a dedicated space with two drama suites and associated costume and props storage, for the teaching of drama and for performance rehearsal. Elliot Hall has a full stage, professional light and sound equipment and seating for almost a thousand.

Three major productions are staged each year; one with a focus on dramatic performance for our students and the other two created as a collaboration between the music, drama and dance departments; one for Middle School students and one for Seniors. Students of all ages are encouraged to be involved.

For those who do not enjoy being in the limelight, there are many roles in lighting, backstage, set construction, makeup, hair design and front of house. The technology available supports our stage productions and the senior students involved in this aspect of the shows build technical knowledge and play an important part mentoring younger students. Actors and , those that make up the rest of the drama team are always acknowledged for their talents. 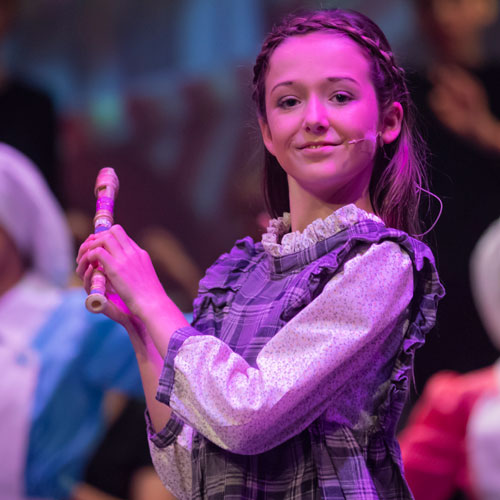 Senior School Musical:
This is a major production in Term 1 each year with a large cast, backstage crew and orchestra. The cast for the musical requires the combined talents of acting and well-trained singing. This production also gives ample opportunity for those interested in backstage work.

Senior School Play Series:
The annual Play Series involves our Senior College drama students performing their NCEA assessment pieces for an audience. Often edgy productions that push the boundaries for the students and audience alike, these are sophisticated productions. With minimal props and costuming, the focus is placed clearly on the actors and their stage craft; their ability to not only deliver their lines but to use complex dramatic skills to fully engage their audience.

Theatresports:
More than 150 students and 25 coaches train weekly to compete in in-house competitions as well as part of the Auckland Theatresports Youth Programmes competition. Under the guidance of the Drama Department, the College has made the finals of this competition every year for the past nine years including winning the Auckland title twice in 2008 and 2014.

Middle School Drama Club:
A weekly club for Years 7–10 for students to learn more about the craft from dedicated itinerant tutors. The year culminates in an end of year showcase for parents.

Combined Years 7-13-  Sheilah Winn Shakespeare Competition:
Run by the Drama Department, this is an opportunity for students to express their passion for Shakespeare.  There are both student-directed and staff-directed performances of selected scenes of many well-known Shakespearian plays.  These are entered into regional competitions and a number of them have been selected for the National finals.

The Drama Department has a well-resourced itinerant programme with dedicated speech and drama teachers who provide tuition for students through either individual or paired classes.

Students can elect to compete in local Speech and Drama competitions, as well as sitting annual graded examinations through the Trinity College of London. 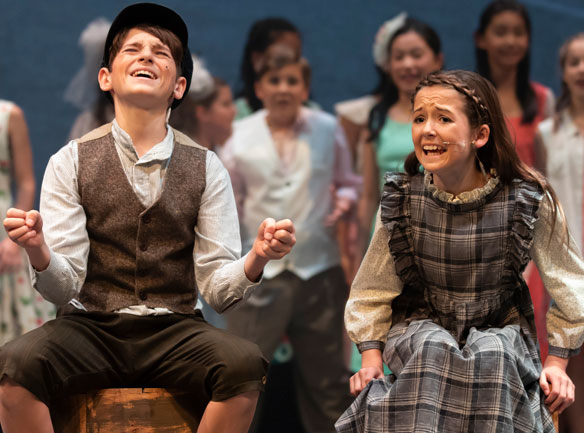 Students study a core course in Drama in Year 7 as one of the ‘essential learning’ areas of ‘The Arts in the New Zealand Curriculum,’ and can take Drama as an option from Year 8.  From Years 11-13, students have the option of studying NCEA Drama or International Baccalaureate Drama. There are numerous performance opportunities within the academic programme which give our students a strong foundation of knowledge and experience that will set them up for opportunities beyond the College gates 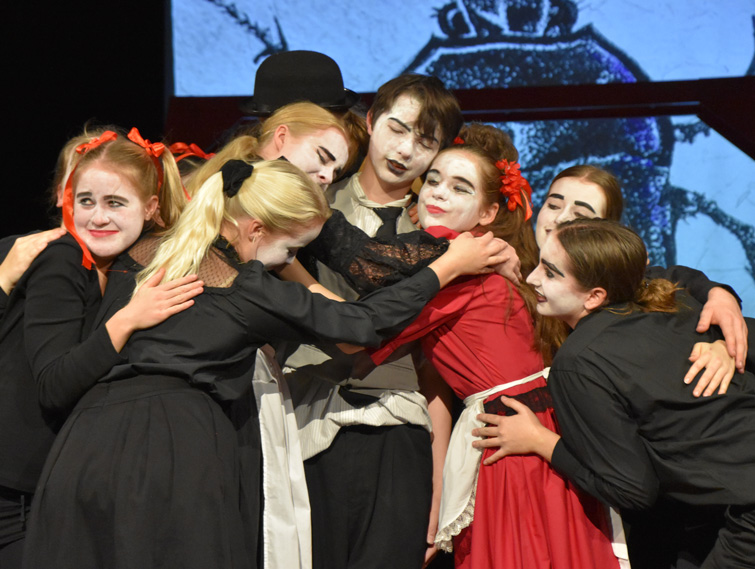