Did you know that 25 years ago a 17 year old seventh former Saint Kentigern student, Craig Carden, was awarded a two week travelling scholarship to India from World Vision/ Sanitarium Health Food Company, as a representative of the College effort in achieving $16000 in the World Vision 40 Hour Famine fundraising?

Travelling with another student from Invercargill and two members of World Vision, Craig was shown life in India as it really is and some of the projects that it was hoped would help to change it. 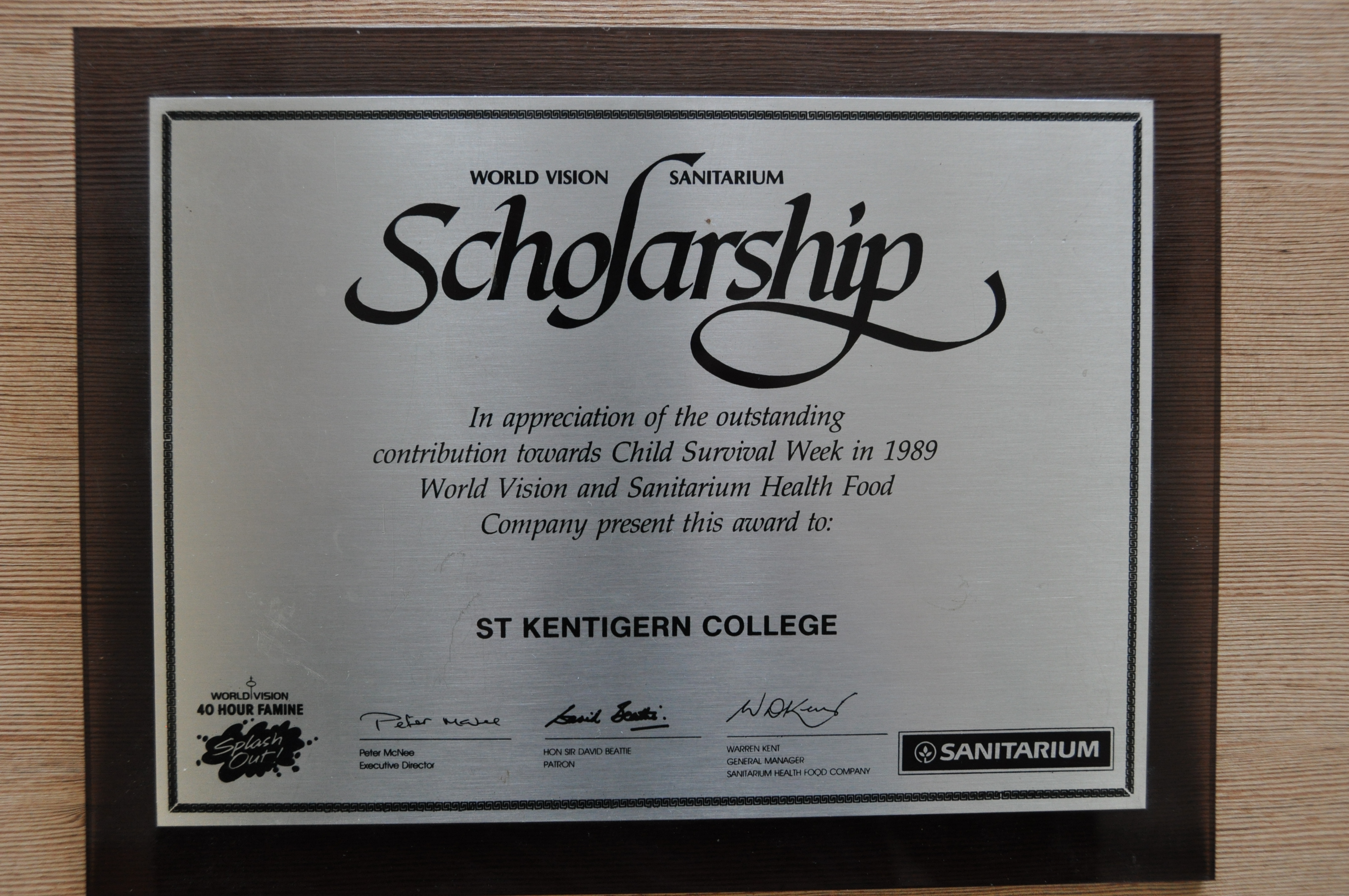 Craig’s experience in India was reported in the Howick Pakuranga Times in 1989, and in October 2014 key aspects of the story were recalled in a ‘Looking Back, 25 years ago.’ column.

Travelling by plane to Madras then across to the east coast to see Trevandjum and Delhi, Craig saw people living in what he described as degrading circumstances. “But look past the degradation and the people are more of an inspiration than a depressant.” Craig remembers: “The quiet souls and gleaming eyes of the Indian women will remain with me forever.”

In a College Yearbook article written on his return, Craig said that ‘experiencing’ five World Vision relief and development projects was inspiring, and occasions that the travelling party looked forward to, for there they saw the utilization of the 40 Hour Famine money raised by the NZ schools, and lives being changed by it in a very real and practical way.

At the time, Craig felt that his experiences on the Scholarship had been a life-changing experience, giving him a new direction, and that he had made up his mind about being a lawyer or a doctor. “As a doctor I can really help to make a change.”

Today, Dr Craig Carden is a specialist at Ballarat Cancer Care which he started in 2012. It is an oncology and haematology service for patients with cancer and blood disorders. According to its website:

Dr Craig Carden lives with his wife and two children in Ballarat Central, in a house with a shed in which he does woodworking in his spare time.

Dr Craig Carden trained at The Royal Melbourne, Austin and Peter MacCallum hospitals before spending three years at the Royal Marsden Hospital in London. There he worked on new drug development, particularly in phase I trials, which are the first introduction of new drugs into humans. He spent time working in the subspecialty areas of prostate, lung and ovarian cancer, carrying out a laboratory based research program in a molecular pathway involving ovarian cancer patient samples.

On the birth of his first child Dr Craig Carden moved back to Melbourne to work at Peter MacCallum Cancer Centre, before moving up to Ballarat in 2010.

Information on significant events like this is kept in the College Archive Centre. There are files of newspaper clippings, Magazines and Yearbooks that contain articles on key organisations and events and also artifacts such as the presentation plaques marking the award of a scholarship. The one attached to this article is for the 1989 award.

The October issue of Piper records the continuing importance of the partnership between Saint Kentigern and the humanitarian organisation World Vision. This year the College raised its largest amount ever, $83,127.00, and this with sums raised by the Boys’ School and the Girls’ School meant that a total of $116,143.77 was donated by Saint Kentigern to World Vision.