The College's choral programme has been very successful once again this year, with our Premier Choir, Kentoris selected to compete at the 2018 New Zealand Choral Federation’s ‘The Big Sing Finale’ held in the Michael Fowler Centre in Wellington last week.  The choir gained a Silver award after two very impressive performances in the competition.

Selection into the National Finale puts our students in the ‘Top 24’ choirs nationally, from the original 270 choirs that competed across the country.  Their result places them as one of the top five mixed voice choirs in the country and is a wonderful reflection of the students’ hard work.

Kentoris performed five pieces for the competition which varied in style, composition, language and vocal skills.  Their performances also drew on some exceptional solo and instrumental work from our students.  A string quartet, drawn from members who are in both Kentoris and the Gold Award winning Chamber Orchestra, accompanied the performance of Ola Gjeilo’s ‘The Ground.’

Choir Leader, Desmond Yong has been performing as part of the NZ Secondary Students Choir – a choir that runs for a two-year cycle.  Saint Kentigern has had a representative in this choir for the last fifteen years and Desmond was able to share his impressive bass-baritone voice with a solo in Eric Whitacre’s ‘Cloudburst.’

Year 13 students, Jacob Borland-Lye and Harrison Griffiths, known for their excellent performances of Raoul and Phantom in the Senior College Musical earlier in the year, teamed up again to stand out as soloists in a traditional Venezuelan piece, ‘Mata Del Anima Sola’.  Year 11 student, Catherine Chang, also featured as an pianist at the Big Sing for the first time, performing ‘Neither The Moon By Nigh’t – a piece which was commissioned for the Saint Kentigern Choirs this year and has been performed jointly by Kentoris and the choirs from the Boys’ School and Girls’ School.  The composer Thomas LaVoy was able to watch the competition on livestream from Marquette and commented, ‘One of the great joys of my career as a composer, to watch these wonderful singers bring my music to life.  Congratulations to Kentoris, and all the other choirs and performers.  Beautiful work!’

When the choir took to the stage in Wellington, the girls were wearing a new costume designed by Year 13 student, Staryo Warren – they looked stunning!

Our thanks to Mr Craig, Ms Francis, Ms Horder and Mr Gilmour for their effort in supporting the students at the Big Sing this year. 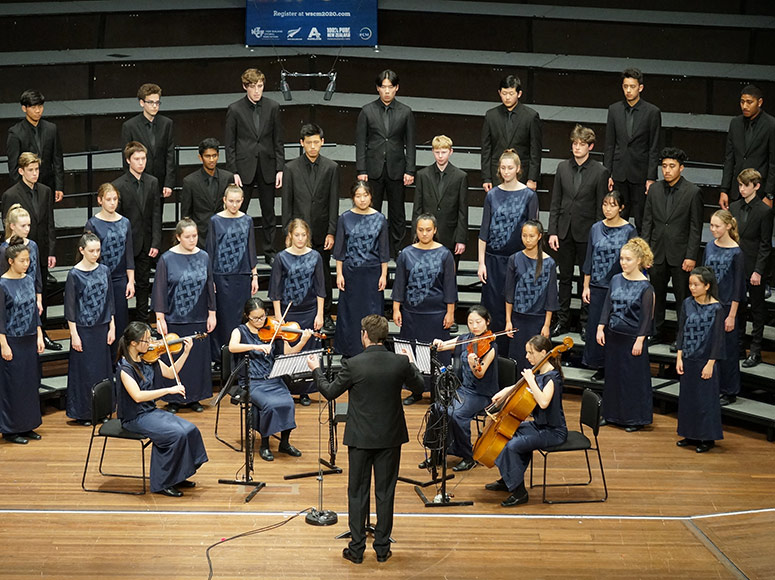 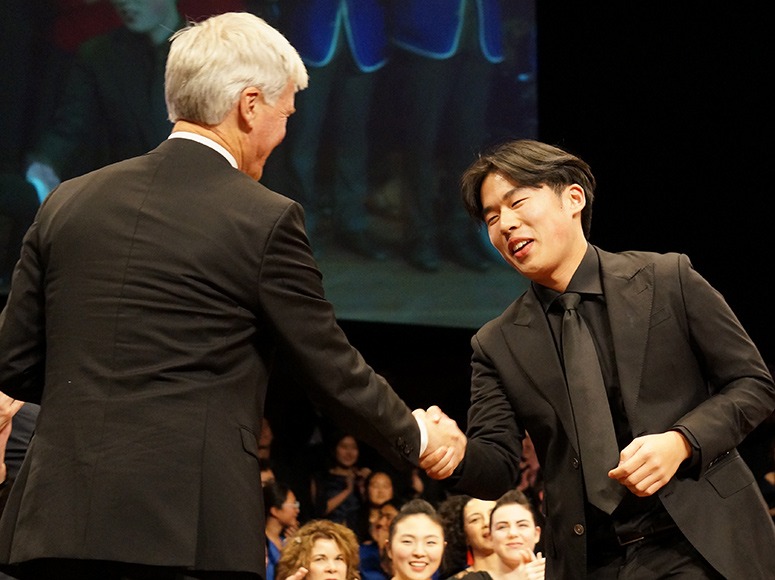