Massey Scholarship and Trip To Chile For Charlie!

Year 12 student, Charlie Thomlinson was fortunate to be selected to take part in ‘Entrepreneurs in Action’ at the Massey University, Wellington campus; an event hosted by the Young Enterprise Scheme.

Out of the 3400 students participating in the Young Enterprise Scheme across the country, 80 were chosen to attend the Wellington event. Students from all over New Zealand were allocated to one of 10 teams and were joined by a host company who mentored the team over the weekend. Charlie’s group was hosted by Wellington company, Uprise Digital, one of the leading digital marketing agencies in New Zealand. The weekend was split into two competitions which each group had a 48 hours to complete.

The first challenge was for the Ministry of Primary Industries, where the groups were tasked with designing a product that would help reduce or reuse organic waste in New Zealand’s agriculture industry. Charlie’s group decided to reuse and ferment the waste, that in turn, ethanol can be extracted. The ethanol could then be added fuels to be a clean alternative, which is currently already being done. Through the groups research, they found that this was a carbon neutral process and could be a solution to the proposed problem. The groups had to produce a business plan outlining the process, financial information and marketing strategies that could make this a feasible solution.

They also acted as judges of the pitches and marked each pitch according to business principles. After the pitches they announced the winners of the challenge.

Charlie’s group scored the highest in their business plan and pitch meaning they won the first challenge and each member of the group received a $7,000 Massey University Scholarship for business!

The following day the groups had another challenge to face. The challenge was to produce a market entry strategy for an already established business in America that was looking to enter the Latin American market. The established business specialises in emergency response systems for large businesses to evacuate employees. The groups were required to choose a country within Latin America based on gathered research, which would allow the business to easily enter their market. The groups completed this challenge at their host company’s office which let the students experience the working environment.

Like the first challenge, the groups then had to present their pitches to other groups and the judges. The judges for the second challenge were:

The prize for the second challenge was a fully funded business venture trip to Chile which Charlie will be attending in the October holidays. The trip will be orientated around business activity within Chile and business conferences.

Charlie said the weekend was tough and enjoyed meeting other Young Enterprise students from around New Zealand and is looking forward to the trip in October.

What an incredible opportunity! We’ll look forward to hearing back from Charlie’s trip to Chile. 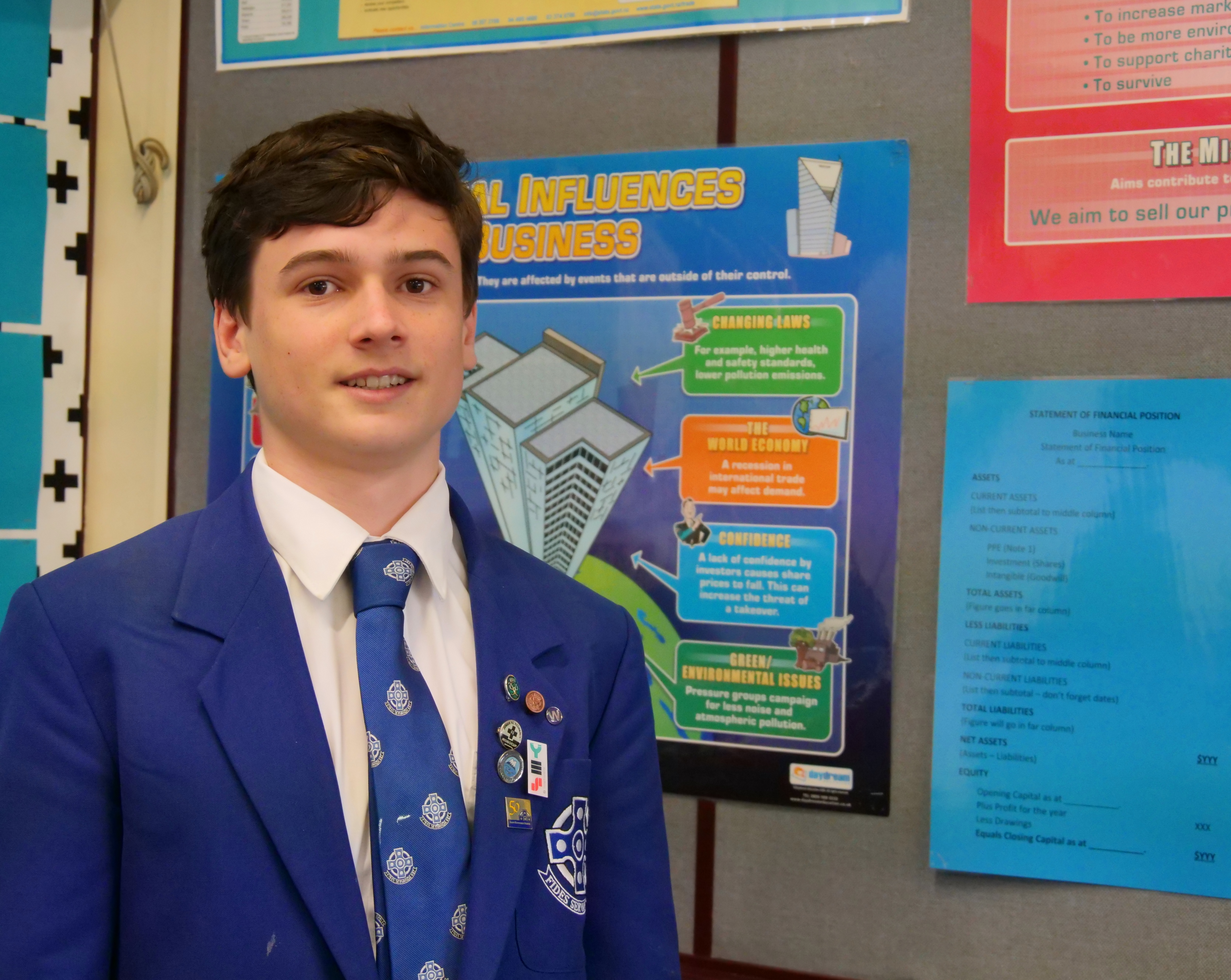