Last night, the Dance Studio was transformed into a superb cinema, showcasing the filmmaking talents of our Senior College students. Over the course of the evening, twelve films were shown, drawn from the best work of our Year 12 and Year 13 Media and Digital Technology students, along with two groups who had entered the Auckland 48 Hour Film Festival earlier in the year.

Greer Webber and Esther Schubert stepped into the role of MCs for the evening, keeping the audience both informed and entertained with their easy presentation style.

The screening opened with the two entries from the Auckland 48 Hour Film Festival. ‘Under the Gun’ gained a nomination for ‘Best Production Design’ in the regional finals whilst ‘P.A.N.’ (People Against Nature) won the ‘Audience Choice’ in its heat, and then went on to win ‘Best School Film’ in Auckland and selection to the national event where 170 films were screened and they made it to the top five!

Acting Head of Media Studies, Mr Luke Oliver explained that the following round of films encompassed almost half a year’s work for the students as they scripted their films and then moved through the pre-production and production phase.

Our Year 12 students worked within the ‘horror’ genre – and there’s no question they nailed that! Year 13 were tasked with creating a short film in the ‘Film Noir’ genre weaving together the themes, conventions and style that is ‘Noir’ (black).

To be successful, each group needed to work collaboratively to combine creative ideas with practical application, artistic flair with audience engagement, as well possess the technical and organisational skills to run their own production from concept to broadcast. Most of this year’s films had a dark, gritty element with an undercurrent of tension that the students had mastered to the greatest effect.

Animated film was a new category this year, bringing yet another style of movie-making to the screens from our Digital Technology students.

Prior to the screening, a team of judges, comprising ex-students and industry professionals judged the films on cinematography, editing, performance, sound, visual effects and best films for NCEA Level 2 (Year 12), NCEA Level 3 (Year 13) and Animation. We thank Calvin Sang, Cam McColl and Cameron Magill for their input.

The team of Jason Hatton and Ayesha Hunwick were the biggest winners on the night with their film, ‘Just for one day,’ a poignant film about a young film maker trying to finish editing a film as he struggles with an internal conflict. The film won ‘Best Year 13 Film,’ ‘Best Cinematography,’ the coveted ‘People’s Choice’ and also resulted in a ‘Best Performance’ award for Amelia Elliot for her role in the film.

With animation featuring for the first time, there was much talk about the category during the break and about one film in particular. Jason Hatton was once again a winner with ‘Bird Film,’ a captivating production that sees two birds in tune with one another on a grand piano!

Jack Horsnell, Nathan Laing and Sam Ashton picked up the remaining two awards for ‘Best Sound’ and ‘Best Editing’ for their movie ‘Burnt Toast,’ that was a chilling insight into how a home-based security system could backfire.

Our sincere thanks to the judges for taking the time to view the films and all those who came in support of our film students. 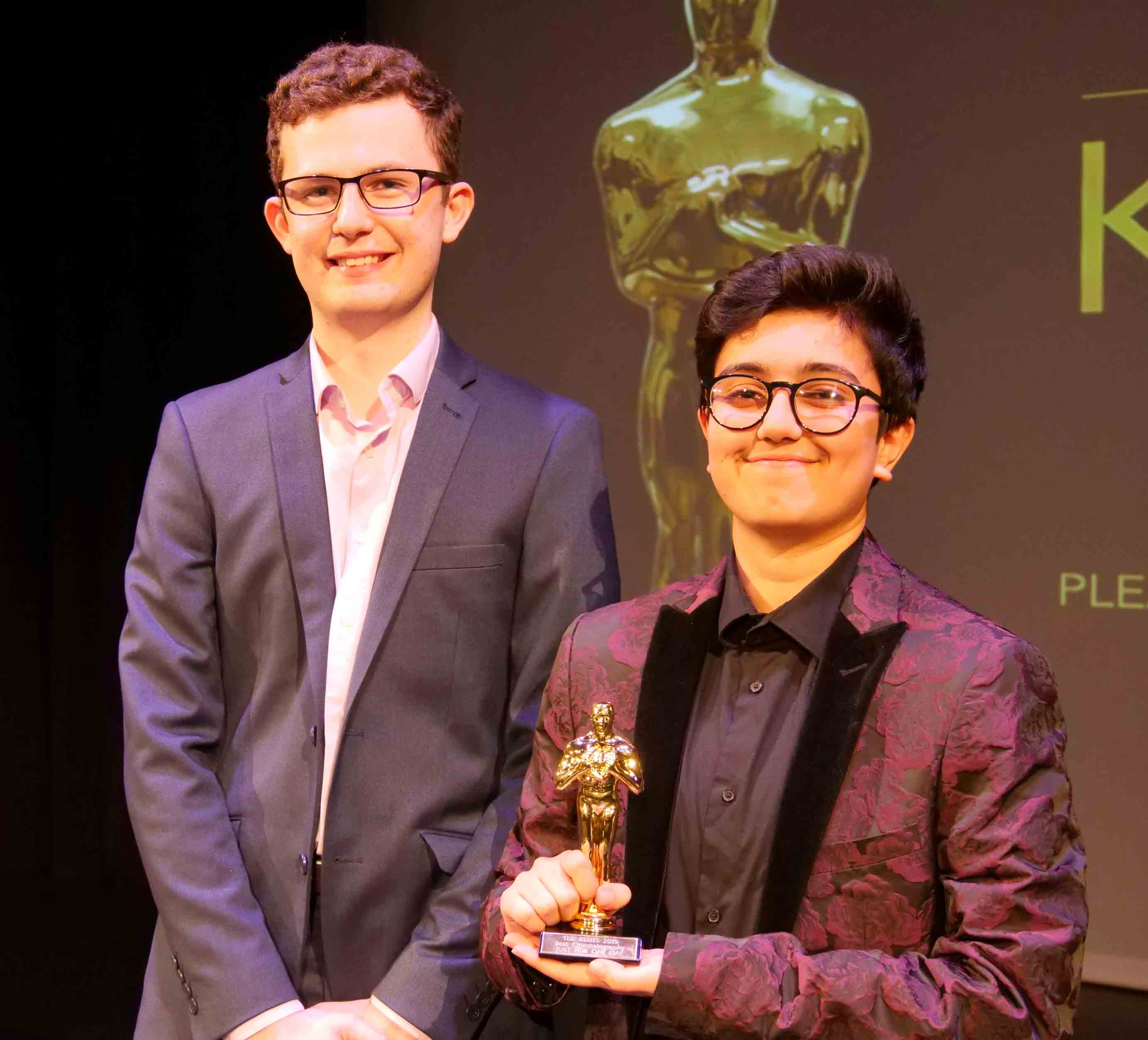 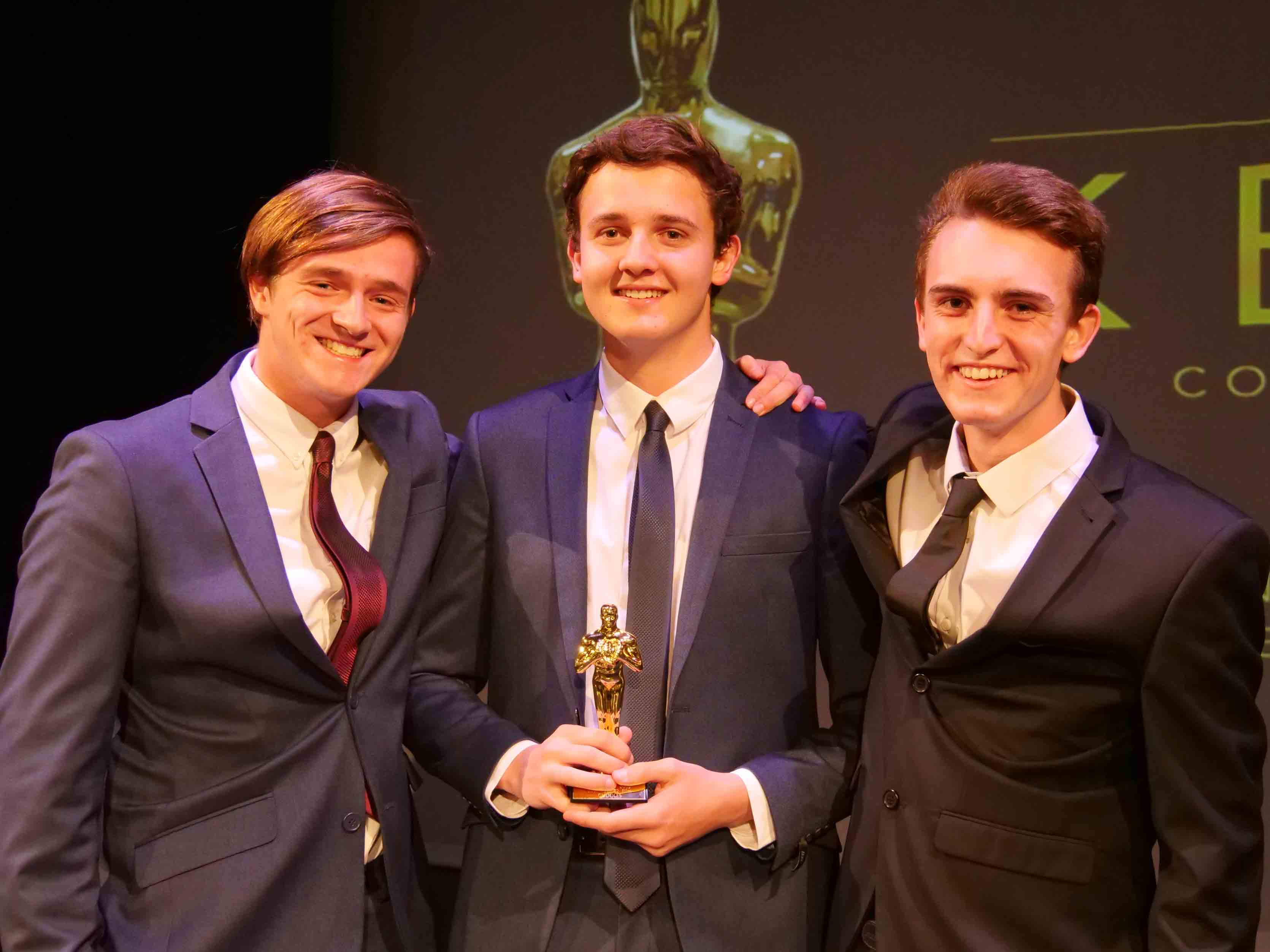 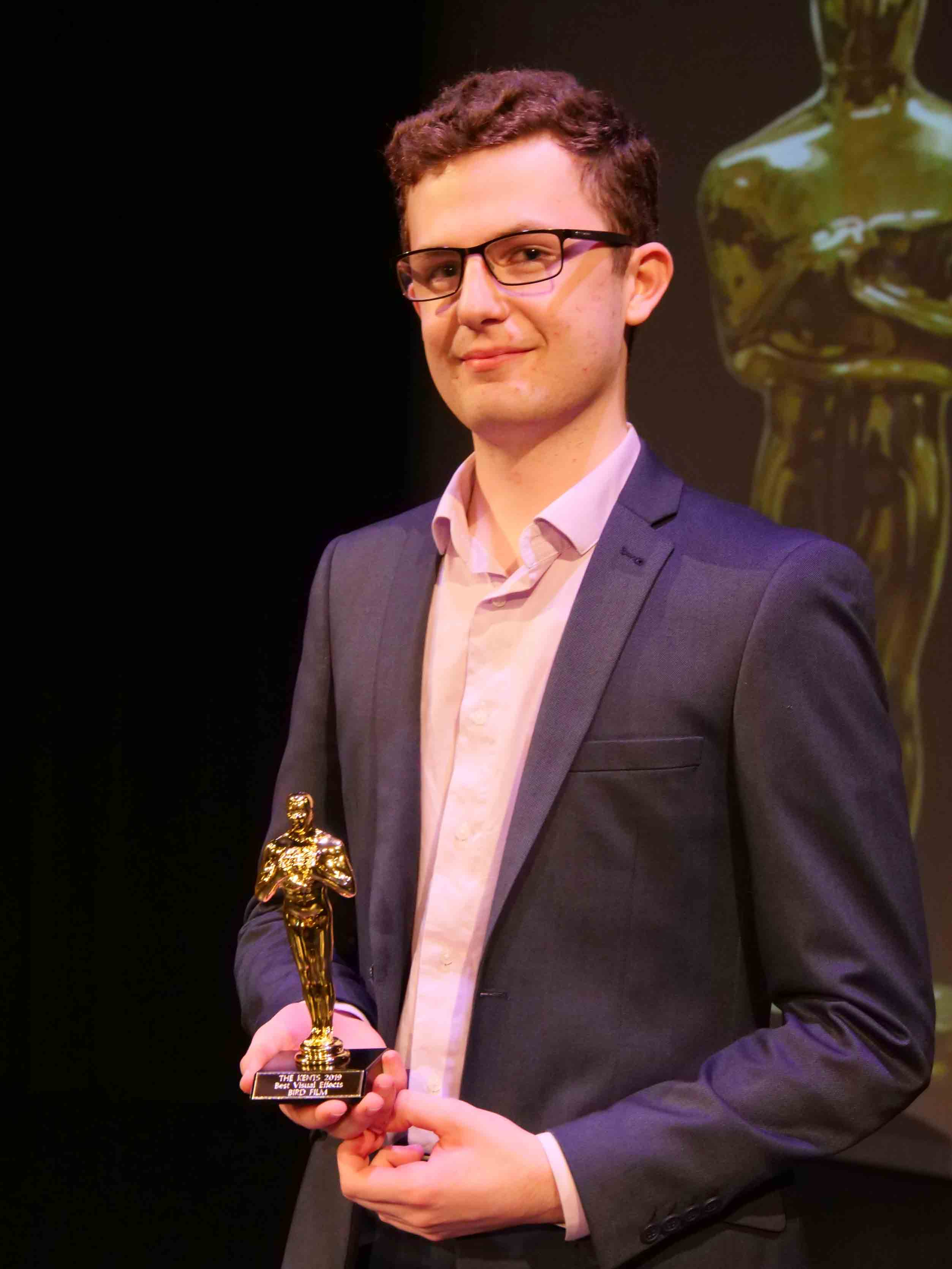 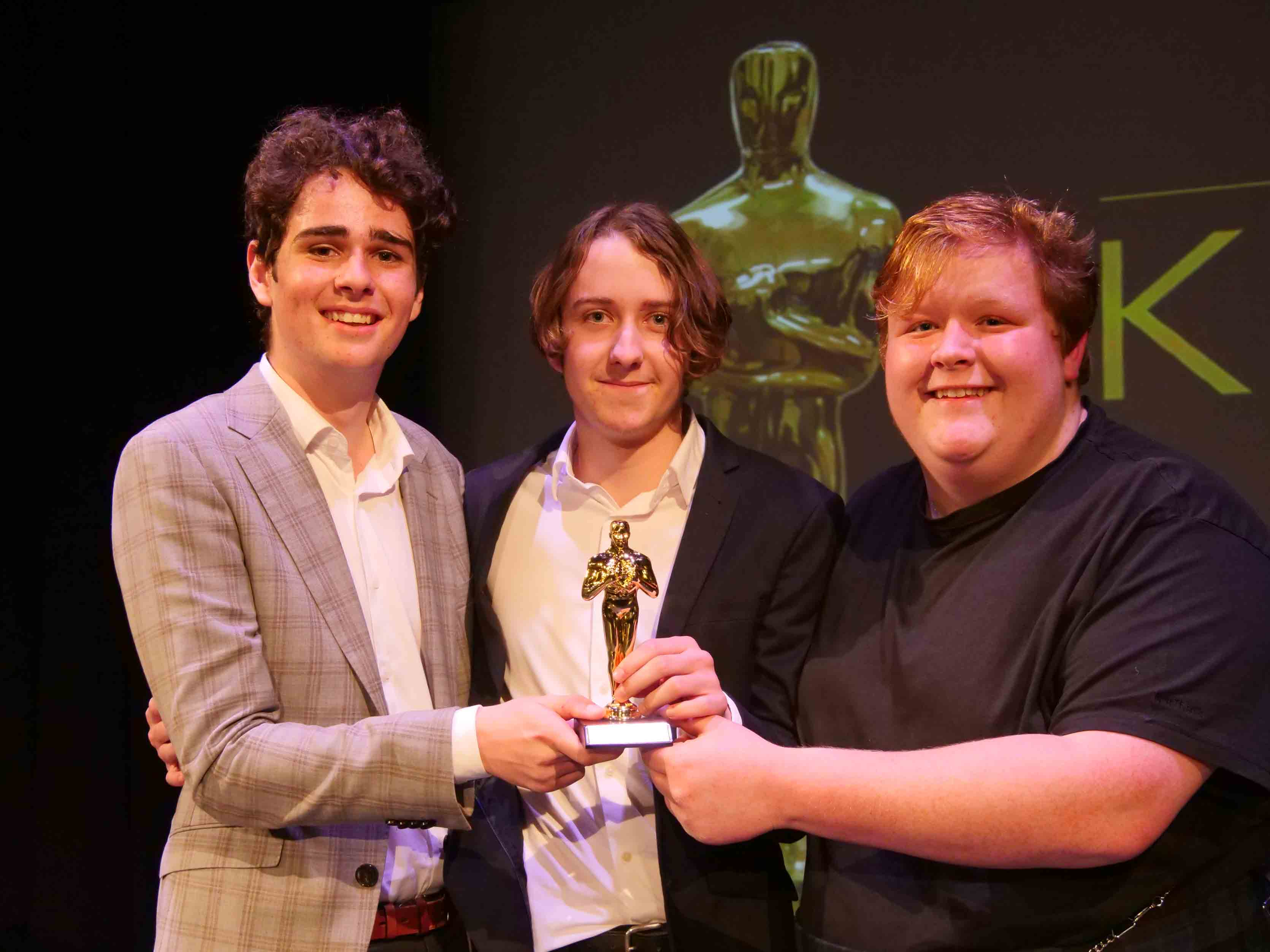 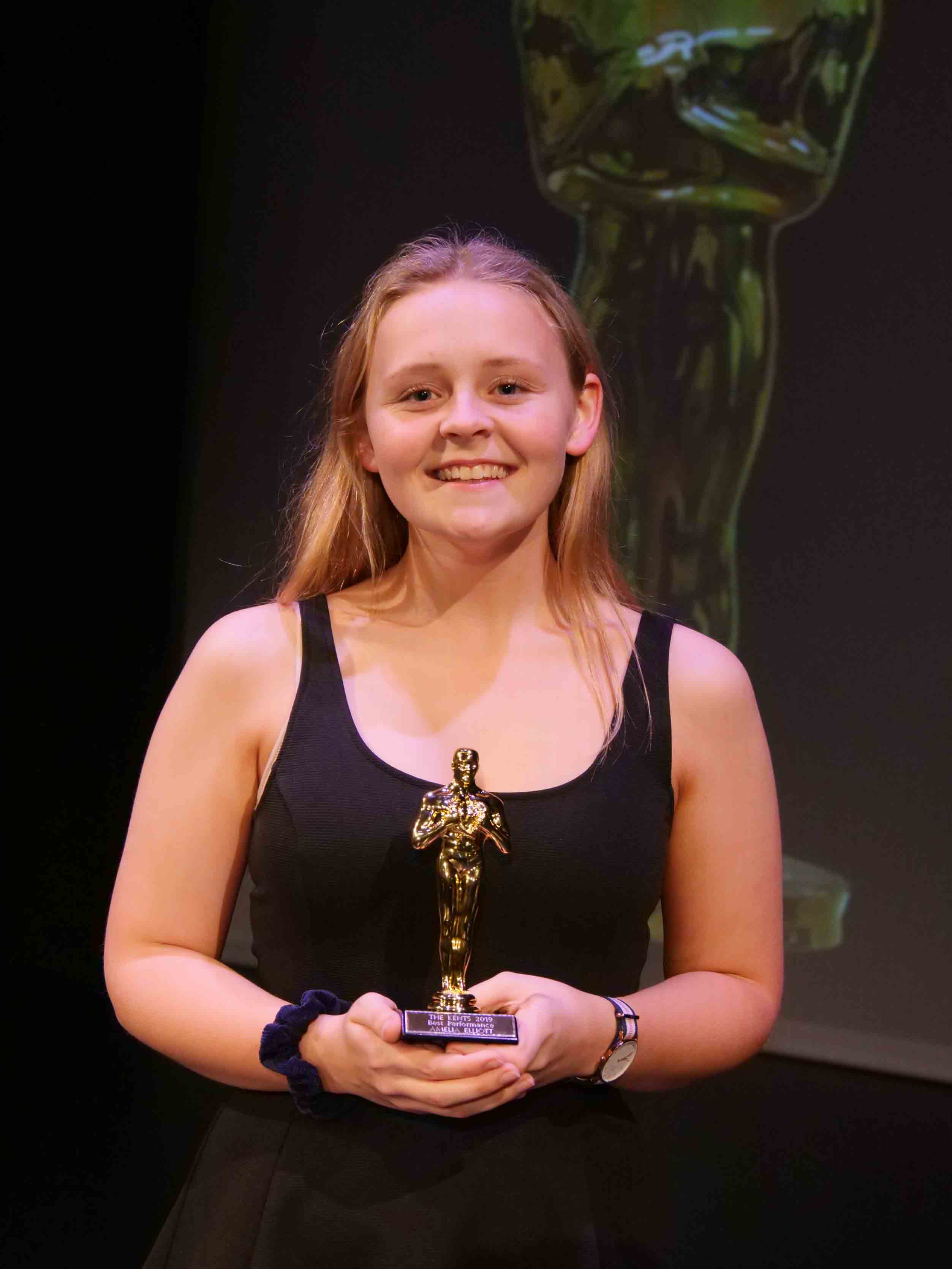