Congratulations to three Year 13 members of the Premier debating squad, Ben Shepherd, William Feng and Ben Fraser, who confidently argued their way to victory last night, against Pakuranga College, to win the Holyoake Cup. Committed and confident debaters, the boys were outstanding in this presentation debate, contested in front of a packed Rotary Club audience.

In the current political and economic climate, the moot ‘that Artificial Intelligence is a greater threat to humanity than Climate Change ' was highly topical. It was an impressive debate that was successfully negated by the College team who argued that climate change will be the more likely cause of harm to mankind. The debate was judged on the standard of the presentation, argument, rebuttal and content.

Held annually since 1983, the prized cup is challenged for each year by the debating teams of Saint Kentigern, Pakuranga and Edgewater Colleges. A founding member and president of Rotary at the time, Noel Holyoake bequeathed the cup and as is customary, each member of the winning team is awarded a monetary prize by the sponsors for their achievement. This year, Mrs Betty Holyoake presented the prizes to the boys.

Well done to Ben, William and Ben on representing the College so well! 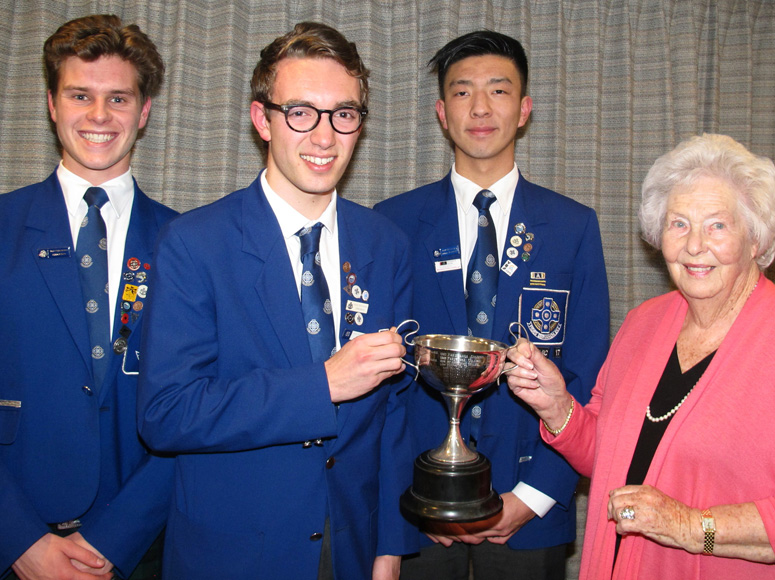