Making a film usually entails weeks of planning and shooting - so having only 48 hours to script, shoot, add sound and edit a film, in a competition setting, certainly put the pressure on! A group of College Media students (Team Mice on Screen) took on the task and walked away from ‘48Hours’ – New Zealand’s largest ‘guerrilla’ filmmaking competition - with multiple awards!

Year 13 students Thomas Webster, Jason Hatton, Ayesha Hunwick, James Houghton-Brown, Nick Tait, Annika Sethi, Johnathan Do and Harriette Taylor hunkered down over the allocated 48 hours to  create ‘P.A.N, The Nature Runs Amok Movie,’ gainingtwo nominations and one win in the Auckland Finals: ‘Best School Team’ (nomination), ‘Best use of overhead shot’ (nomination) and the ‘Audience Choice Award.’ This put them through to the Auckland Regional Finals where they won the ‘Best School Team Award.’

In the National Finals, the students were up against more than 170 pieces of work from around the country. In the end, the group managed to make the top five which is a great achievement!

‘P.A.N, The Nature Runs Amok Movie’ is a film shot in a documentary style and follows a character, Pete Jones (played by Thomas Webster) - a conspiracy theorist who is in charge of the People Against Nature movement (P.A.N). His goal is to grow the movement by gaining new followers to the cause and ultimately inform the people of the dangers nature poses to humanity, risking an apocalypse. His bizarre predictions come true and we see him and the documentary film crew caught up in ‘nature apocalypse’ – all of them meeting their final end!

The team used a variety of clever camera work and visual effects to make the film authentic. They also learned valuable communication skills from working in a team under immense pressure. In addition, they also further developed their production and post-production film making skills in a ‘cooker style’ situation.

Well done to all the students who were involved - getting into the National Final is a huge achievement and something each of you can be proud of!

You can watch the film here - https://www.youtube.com/watch?v=nNaZJrz1fOo&t=3s 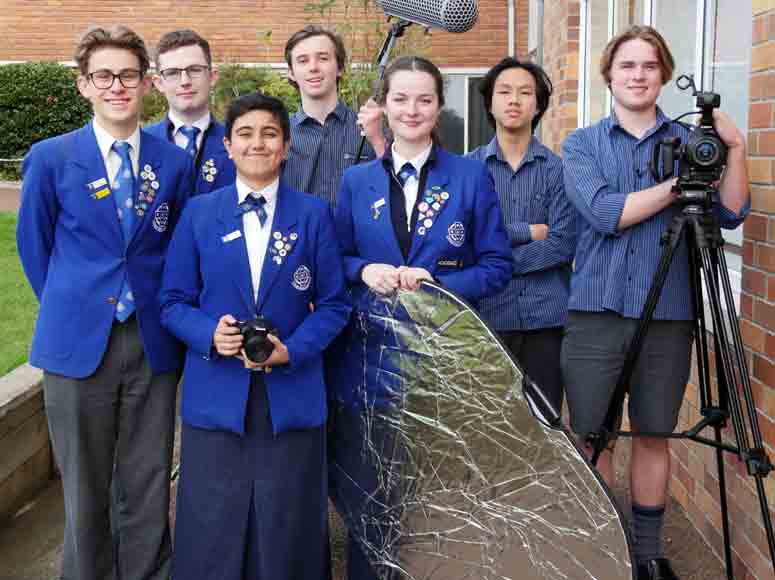