Over the course of Term 3, the Year 3 boys have been learning about Ancient Civilisations with a special focus on Ancient Egypt. The early days of pharaohs, pyramids, mummies, artefacts, hieroglyphics and life on the River Nile has been a constant source of fascination for old and young alike ever since Howard Carter first discovered the intact tomb of King Tutankhamun.

The unit sprang from Social Studies with the boys initially learning what makes a ‘civilisation.’   Having gained a general understanding of how human society is formed, the boys turned their attention to ancient civilisations, understanding that they formed the basis for current societies, forming governments and laws, establishing religious beliefs, culture and social norms.

The boys developed their skills of research and note taking. Reading and answering questions about Ancient Egypt helped develop their comprehension skills. The boys used venn diagrams to compare and contrast – comparing themselves to an Egyptian boy, comparing traditional Maori, Egyptian and current food. They compared and contrasted our current civilisation to Ancient Egypt and wrote creative pieces of writing, putting themselves in the shoes of an Ancient Egyptian. The learning was extensive and varied and boys were fired up!

To conclude the unit, a day of fun was planned! Artistic mummy cases and ‘death masks’ already adorned the walls, now it was time to adorn themselves! The boys all dressed in white tee-shirts for the day to make a strong contrast to the pieces they were preparing to be worn. Their inspiration for their headdresses came from King Tutankhamun who became pharaoh when he was just 10 years old. The traditional blue and gold was laid down with a liberal sprinkling of shiny glitter! Next were the necklaces and cuffs. Jewellery was beautiful and colourful in ancient Egypt, worn for personal decoration, status, and to honour and worship their gods, goddesses and the pharaoh. It was also worn for protection and health, since the Egyptians strongly believed in the power or gems and magic symbols to affect their lives.  They believed this would help them survive in the afterlife.

Whilst boys were busy painting, other boys were working on hieroglyphic scrolls, gaining an understanding of this ancient form of communication with symbols and pictures. In another room, the focus was on creating paper mache mummified cats. Cats were considered to be sacred in ancient Egyptian society. They mummified their dead cats, wrapped them in linen and painted them before putting them into cat-shaped coffins. The ancient Egyptians believed there was life after death and so preserved the human bodies and those of their cats for the afterlife.

To finish the day, the boys were dressed and carrying their work went on a parade in front of the rest of the Junior School. What a fascinating learning experience! 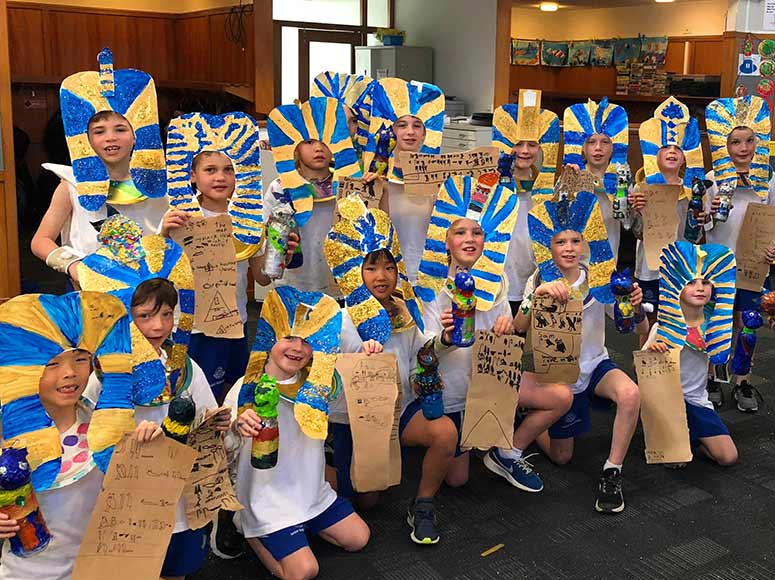 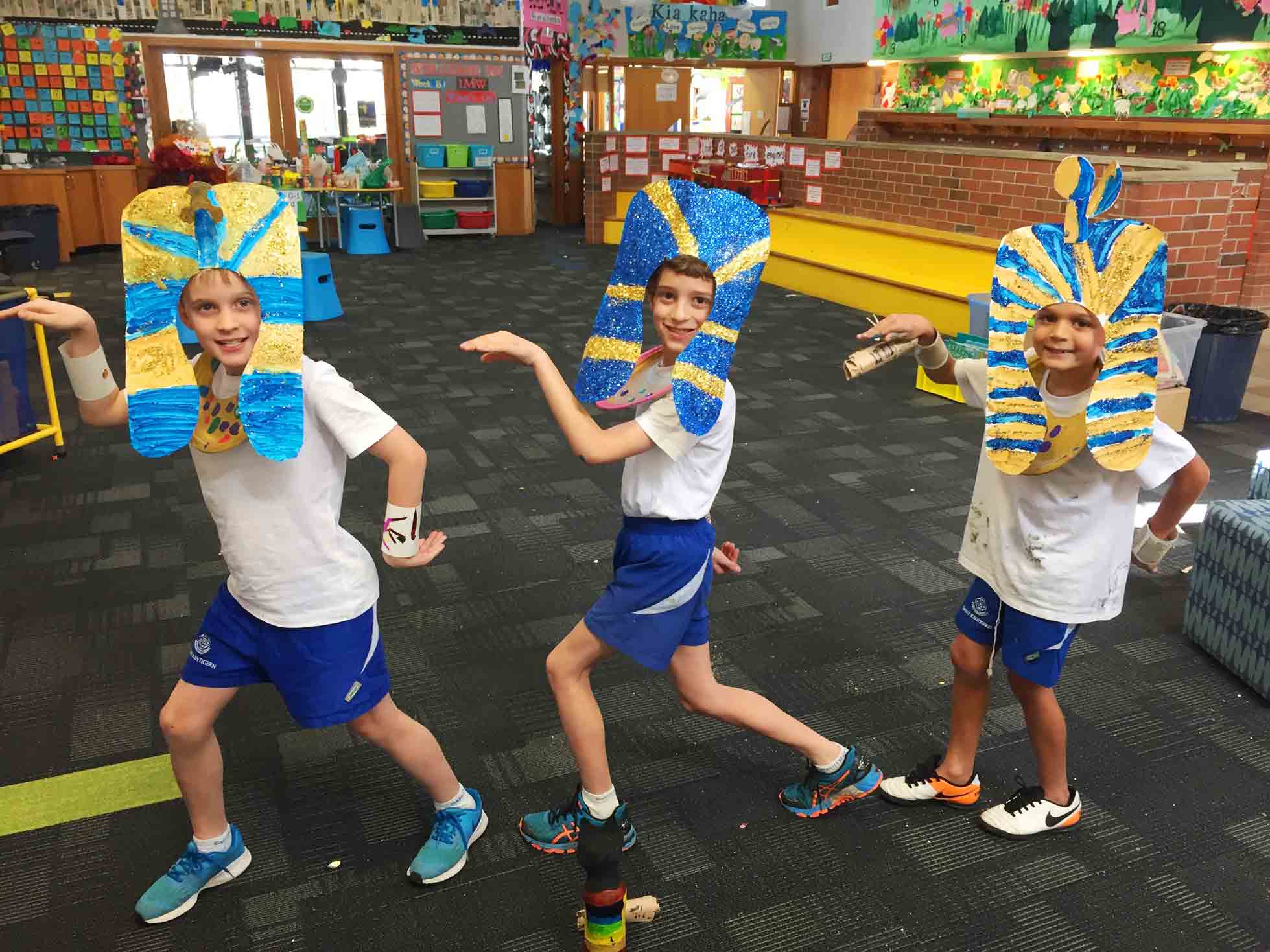 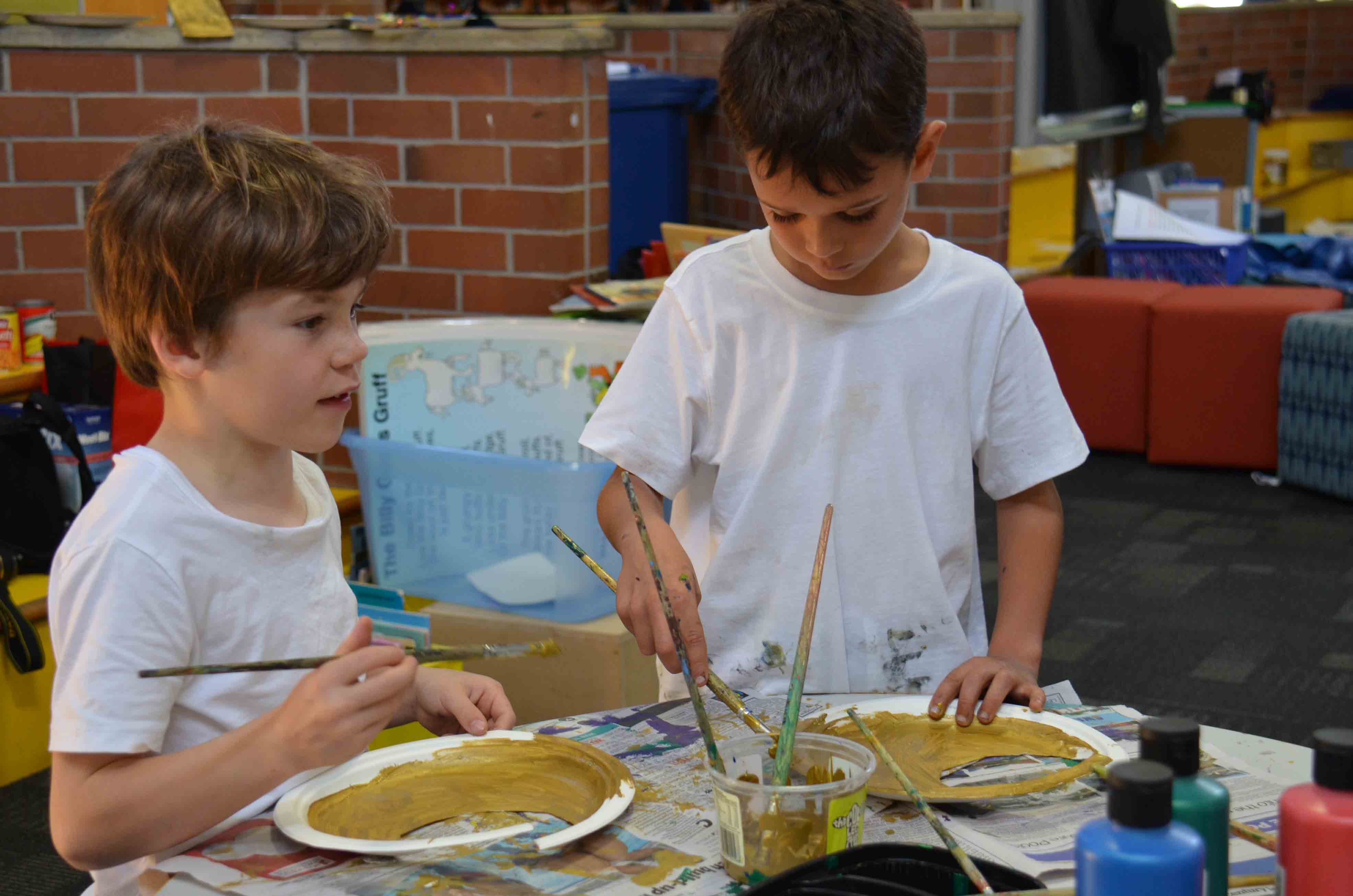 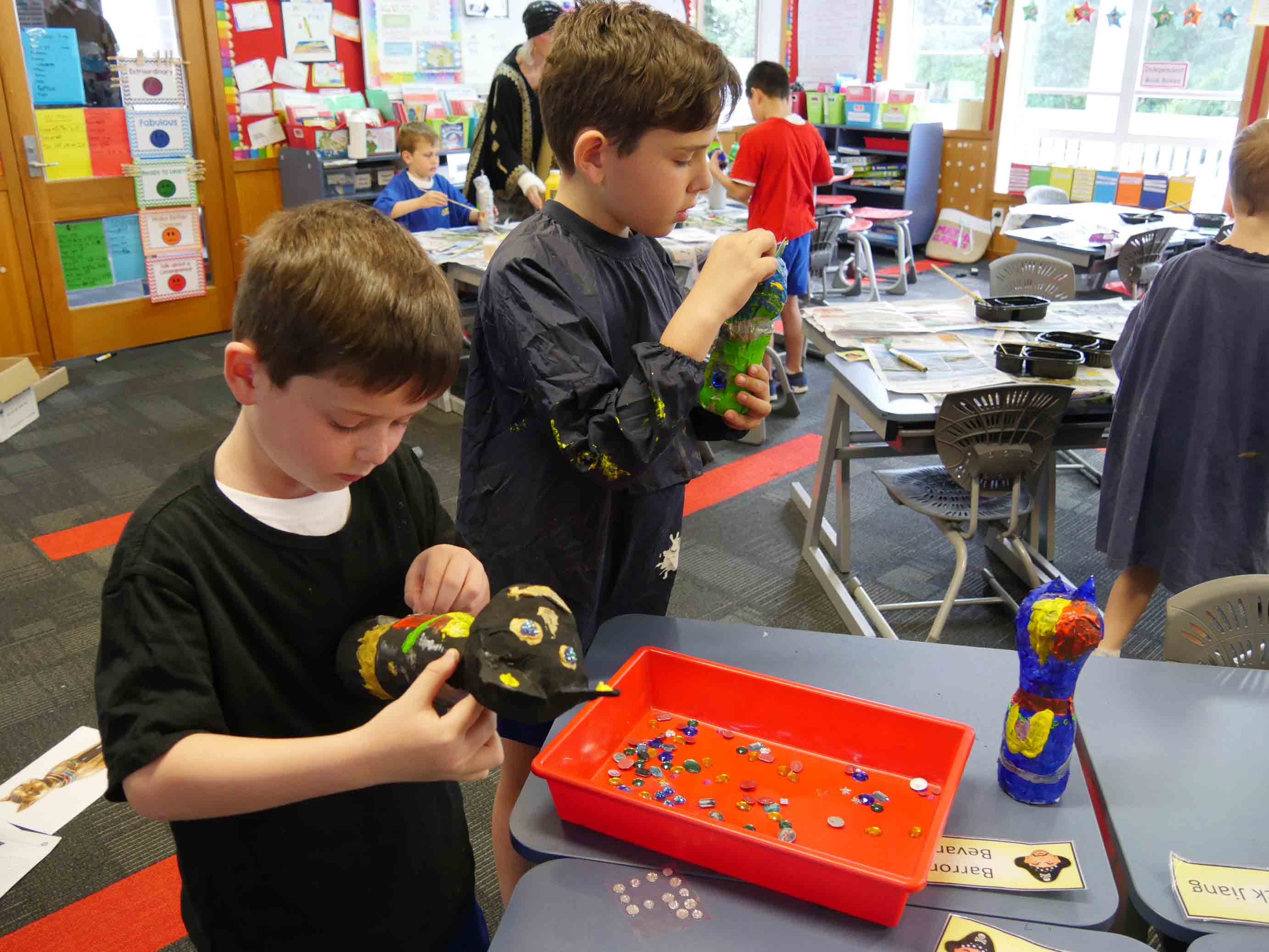