Yes! It's Celtic Day At Last!

When the first Covid-19 Lockdown early in 2020 thwarted plans for an April Celtic Day, there was no way that the means wouldn’t be found to find a replacement date in the calendar before the year’s end – because, as any one of our boys will tell you, ‘Celtic Day is the best’ - the only day of the year when the entire Boys’ School timetable is suspended in favour of activities arranged around a Scottish theme, with both fun and learning in mind. It’s a day swathed in House colours, flashes of tartan, streaks of face paint and bright with smiles!

The day started early with a gathering of the twenty clans, five for each House, each with a change of name this year to reflect a mix of our Scottish and New Zealand’s Maori heritage. Honouring the story of St Kentigern as a boy, the symbols of his legend - the bird that never flew, the tree that never grew, the fish that never swam and the bell that never rang – were adopted by the Houses. Cargill chose the name of trees for their five clans: Manuka, Totara, Kauri, Rimu and Pohutukawa. Chalmers chose the name of fish: Paikea, Paikea, Haku, Mako and Whai, and Hamilton’s clans chose the name of birds: Huia, Kea, Tuturiwhatu, Miro Miro and Kahu, whilst the Wishart clans took on the name of bells (instruments): Tupurangi, Nga Karanga, Nga Pere Koura, Patatara and Wha Katangi.

With the clans lined up, the tartan-clad Kapa Haka group, led by Marco Alpe laid down the challenge, their voices carrying far across the field, signalling the moment for the Boys’ School Pipes and Drums to begin the parade. Usually the College Pipes and Drums would attend Celtic Day but with the late date, the College seniors are in exams so this was a first for our boys, with Old Collegians, James Milner and Chris Townsend taking the lead.

With half the field enclosed with hoardings, whilst major construction takes place, the march this year was re-routed out through Gate 2 and down Shore Road towards the Jubilee Sports Centre in a ribbon of blazing colour, to very curious stares from the cars passing by!

‘Sit ye doon!’bellowed Principal, Mr Peter Cassie with his best Scottish lilt! ‘Who would ever have guessed we’d be having Celtic Day in November this year!’ Truth be known, Mr Cassie loves the rough and tumble of Celtic Day as much as the boys! Special guest for the morning was Constable Gordon Campbell, the local police school community officer, originally from Clydebank near Glasgow. He shared some Scottish history with the boys – both factual and possibly just a little bit fictitious! We’re pretty certain the Loch Ness monster isn’t bright pink!

In another first, the Performers’ Choir entertained with a Scottish medley before Head Boy, James Hiddleston was called on to ‘address the haggis.’ James joined a long line of Head Boys, including his own brother, who have taken on the task of learning and reciting Robert Burns’ ‘Ode to a Haggis’ in Gaelic. James has had plenty of time to practise! He originally prepared the fiendishly difficult soliloquy to recite in April! His long wait resulted in well-earned applause!

And so to the business end of the day, as far as the boys were concerned! After the traditional tasting of the Haggis, the boys set off to enjoy their day out on the field in riotous action, interspersed with quiet interludes inside for craft and cooking activities. This is day for our oldest students to show leadership and provide care for their junior clan members, knowing what fun lies in store!

From welly wanging to cooking porridge, building towers, Celtic v Rangers futsal, engaging in a treasure hunt and taking quiet time out for craft activities, there was much to enjoy, but nothing quite captures the imagination like the castle siege on Roselle Lawn, as the boys set about with wet sponges to attack the cardboard ramparts created by staff and parents. As the day wore on, Roselle Lawn wore out, so those taking on the challenge later in the day found themselves wallowing in mud – including the stoic parents on duty!

This year’s Celtic Day certainly lived up to its reputation, providing tradition, formalities, humour - and a time-honoured taste of something that, more than any other food, has an exceptionally bad reputation! Haggis! By the time the 3 o’clock bell came, the boys were tired, the staff were tired and the parents were tired but all concurred that Celtic Day is ‘the best!’

Celtic Day can be quite an eye-opener for the uninitiated, especially the parents who offer up their services for the first time! As always, we must thank our Parents and Friends Association, led by Kirsty Macorison, who did a fantastic job in providing support on the day, from preparing shortbread for the guests’ morning tea, offering haggis to the boys (who let’s be honest, would have preferred the shortbread!), to being at the forefront of the games on the field and in the pool. Our sincere thanks to a wonderful group of wet, muddy parents! Celtic Day could not happen without your enormous contribution! Thank you! You’ve all earned a quiet ‘lie doon! 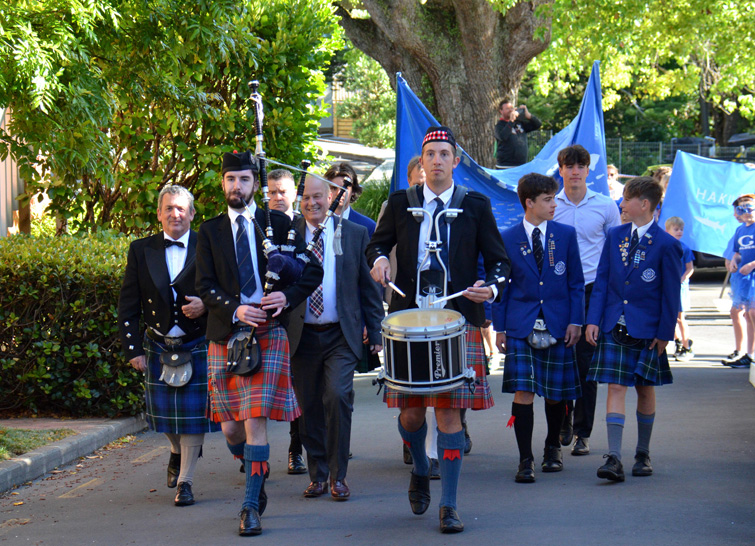 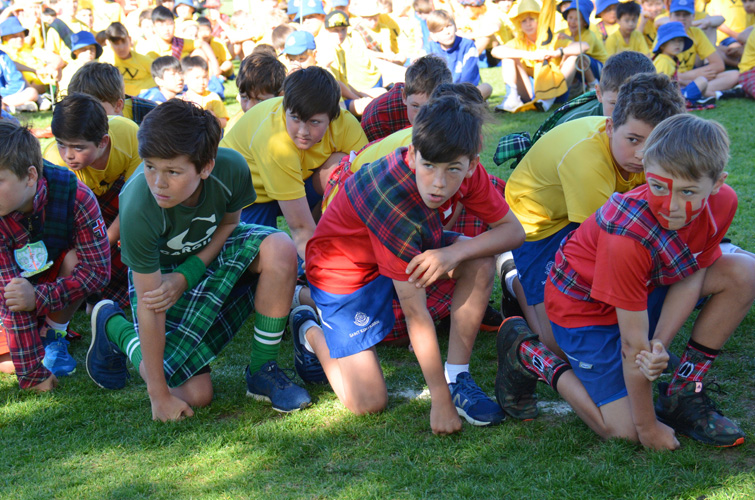 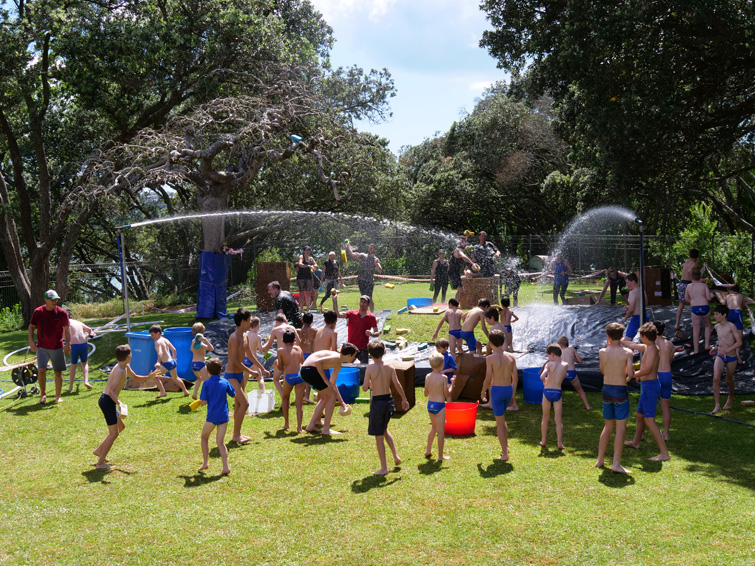 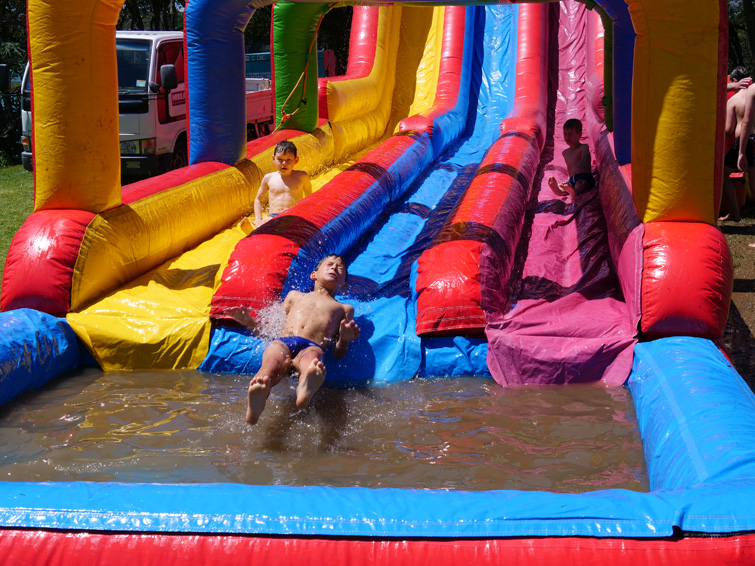 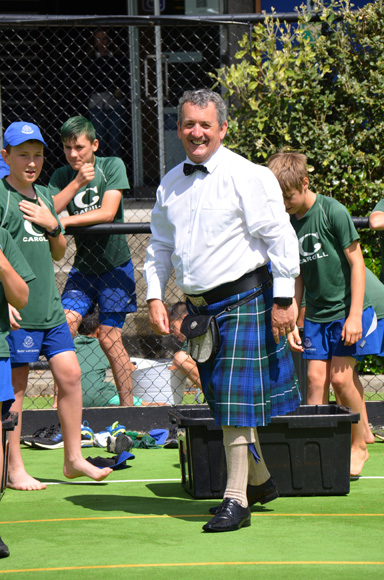 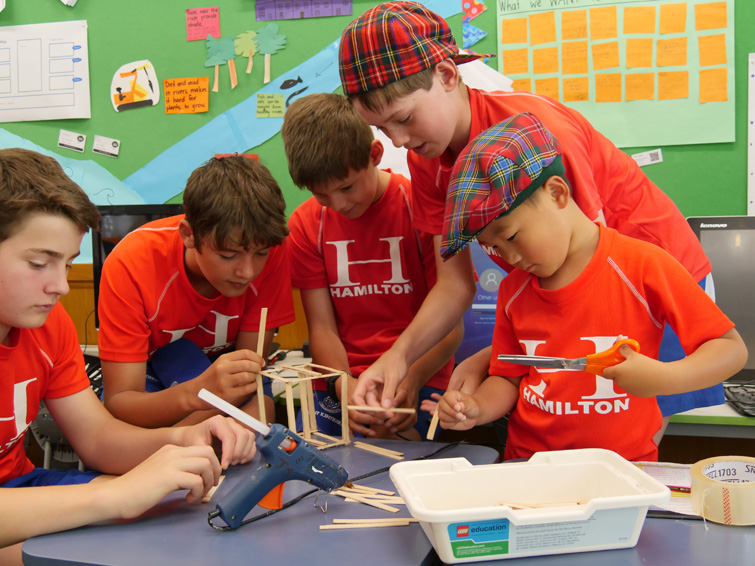 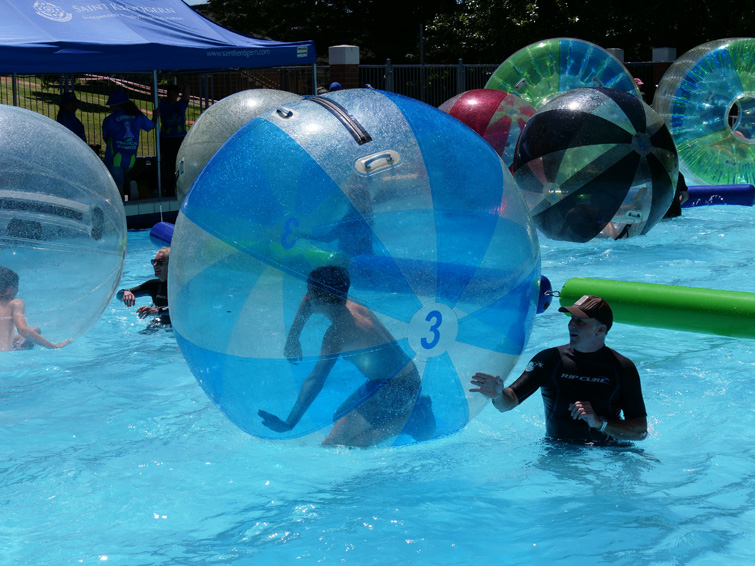 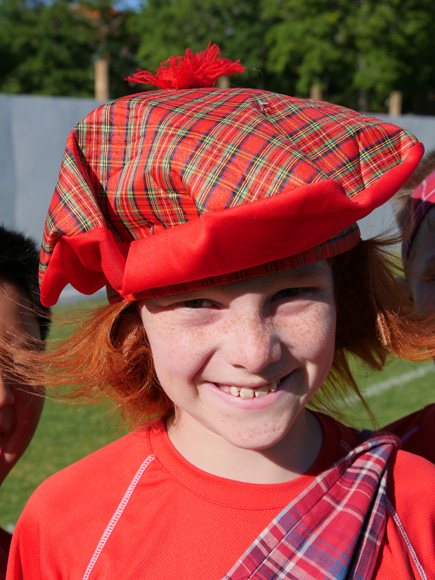