Saint Kentigern had a strong presence at the Mathex Auckland Regional Competition held at the ASB Stadium this week with teams from all three campuses competing. Organised by the Auckland Mathematical Association, more than 200 teams of Year 7-10 mathematical brains from schools across the region lined up to compete.

The exciting and fast-paced event brought teams of four students together to race against the clock and answer 20 challenging mathematical questions in the attempt to gain a maximum of 100 points.

However, this was not a typical mathematics competition, it required one of the team members to not only think fast but run fast! A runner from each team had to sprint a loop of the stadium to collect each question for their team and return to the markers with the answer. If the answer was wrong, the runner had to run back to their team and try again until the correct answer was achieved.

The College Year 9A team, consisting of Emma Ying, Eric Lee, Eric Liang and Marco Lazzaro was awarded the overall first place for their year group and the Mathex Cup! Coached by Year 11 student, Kevin He and Year 12 student, Grace Chang, the team was the fastest to gain 100 points. This was a great achievement - and even more of an achievement for some of the students who were also in the winning Year 8 team last year.

The College Year 7A, Year 8A, Year 9B and Year 10A and B teams also did well gaining 100 points but, unfortunately, not in a fast enough time to gain podium places.

Well done to all the budding mathematicians and to the student coaches. You should all be proud of yourselves! 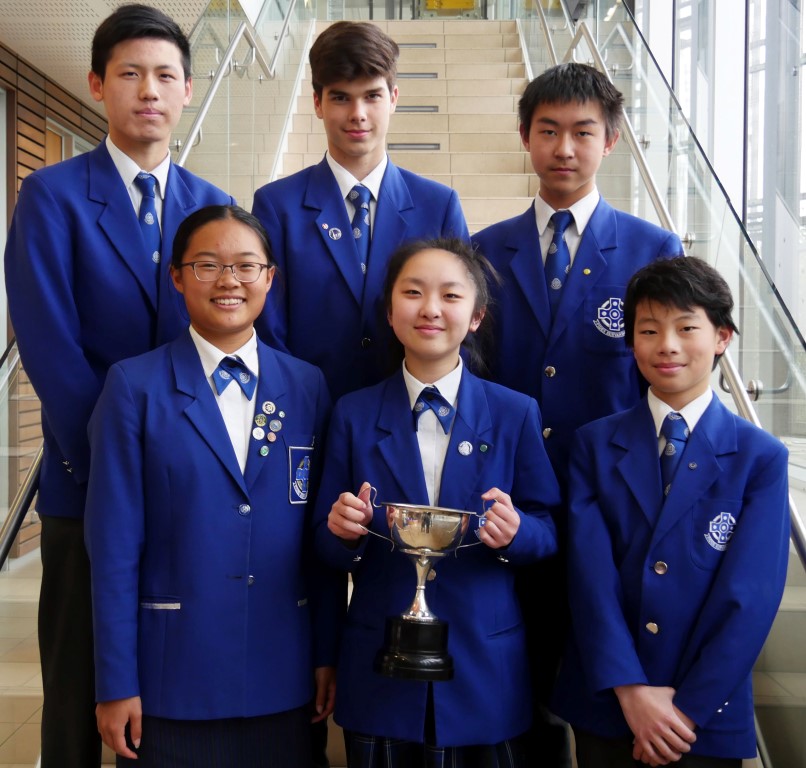 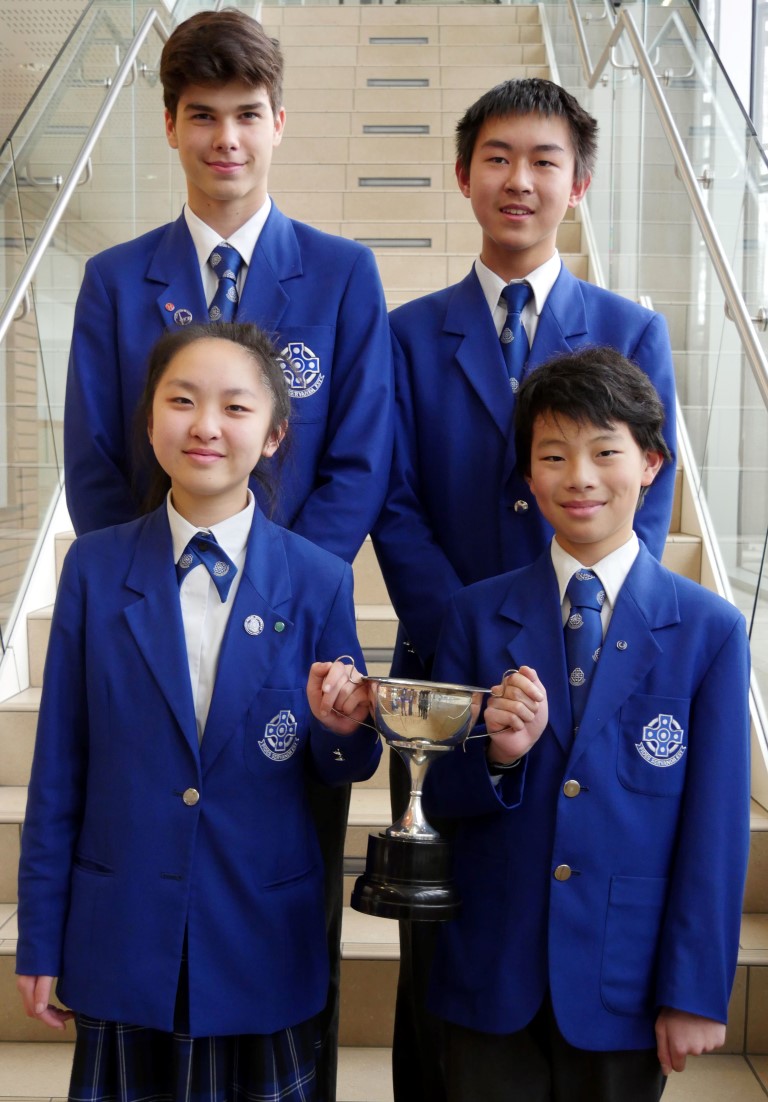