With thanks to Team Manager, Susan Mudford

The College continued its proud tradition of performing well at the North Island Year 7 and 8 Cycling Championships, sending its biggest ever team of 19 cyclists to compete at the Taupo Motor Racing Track. Weather conditions were near perfect for the Team Time Trials, with a cold but light wind.

All College teams were well-drilled, holding good pacelines throughout the 13km and 16km time trials, with many spectators commenting how sharp the College teams looked.

In a clear win for first place our Year 8 Boys team of Dylan McCullough, Callum Walsh, Ryan Church and Ben Manning completely demolished all other opposition to take the title comprehensively.

Our Year 7 Girls, as teams of three competing against teams of four, knew that they would have to ride well to feature in the top three. Sarah Cappel, Amelia Blockley and Annabelle Waterworth rode exactly to plan, to finish second in their division and take the silver medal.

The Year 7 Boys followed this up with impressive rides, the team of Caleb Atkinson, Jacob Hannan, Will Ellett and Connnor McKenzie missing the gold medal by just four one-hundredths of a second. The other year 7 Boys team missed the bronze medal by just 7 seconds.

The afternoon saw large fields of cyclists competing in the individual road race events in conditions that cooled considerably and deteriorated to heavy rain during the Year 8 races.

In the Year 8 Boys, Callum Walsh took the title having ridden strongly and tactically, and in the Year 7 Girls event, Sarah Cappel rode a strategically perfect race to gain a thoroughly well-deserved third place.

Whilst not finishing in the medals, Jacob Hannan had a very strong ride and doing a great deal of work on the front. Jacob, James Archibald and Caleb Atkinson finished in the top ten and Dylan McCullough came in fourth.

Such events do not happen without the support of parents and Coaches and this was no exception. Particular thanks to Mr Marty McCullough and Mr Dave Lindsay, parent-coaches of the Year 7 and 8 riders. It is their input and enthusiasm that has seen the Year 7 and 8 cycling programme go from strength to strength. 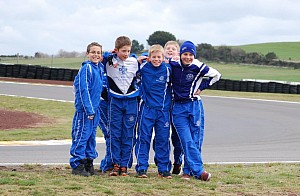 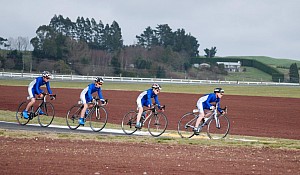 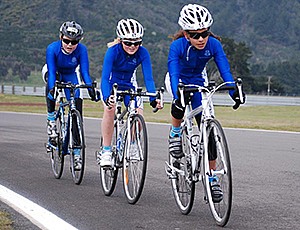 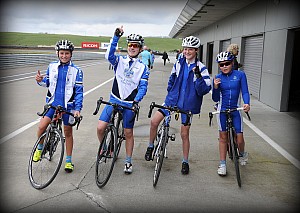