The trip to the Tip Top factory for the Year 4 girls was more than just seeing where their favourite ice cream is made! The tour of the iconic factory was to freeze in their minds the process they had been learning for procedural writing. The ability to describe and explain a process forms part of the writing curriculum in Year 4. In class the girls had been writing step-by-step instructions for processes such as how to make a necklace and how to make an April fool’s day joke. The writing starts with the goal, lists the equipment and materials required and uses specific and succinct verbs to communicate the method.

Six parents joined the girls on the tour, many of whom could reminisce about also touring the factory when they were children. The guide, Madeline, started the tour by pointing out the different coloured clothing worn by the factory workers. Red boiler suits were for the engineers, white boiler suits were for the food technologists, and blue was worn by the supervisors. The colour coding was part of the factory’s safety plan and was the first of the procedures the girls would see. The girls were then shown the vintage Tip Top car that was once used to transport ice cream in a hessian bag to shops and dairies.

Inside the factory, Madeline showed everyone the ice cream wall of fame and explained that flavours come and go into and out of fashion, so products which were previously popular like Tongue Twisters, Turkish Delight bars and Incredible Hulk ice creams are no longer made. They were also amazed to find out that in 1980 most Tip Top ice creams cost about eight cents! Other flavours, such as Trumpets, Jelly Tips and Choc Bars were enjoyed by our great-grandparents and continue to be popular today.

They were told about the key ingredients for ice cream: glucose, sugar, milk and cream. The process of pasteurization particularly interested the students. They learned that milk needs to be heated to 84 degrees and then cooled extremely quickly in order to kill the bacteria in it. We watched from above the factory floor as hundreds of litres of vanilla ice cream was being made and packed into various size packages: 4-litre boxes for shops, 2-litre plastic cases for homes and tubs for personal treats. During the tour, a manufacturing malfunction occurred. All the girls gasped as bucket loads of ice cream was discarded because the ice cream was smooth and shiny meaning that it hadn’t been made 100 per cent right. While it wasn’t ideal for the factory workers, it was a perfect demonstration of following a process, and including in the process what needs to happen if something goes wrong.

Everyone was feeling a bit hungry by this point so Madeline had a good idea: let’s eat some ice cream! The girls really lapped up the trip and it was a cool way to solidify their procedural writing learning! 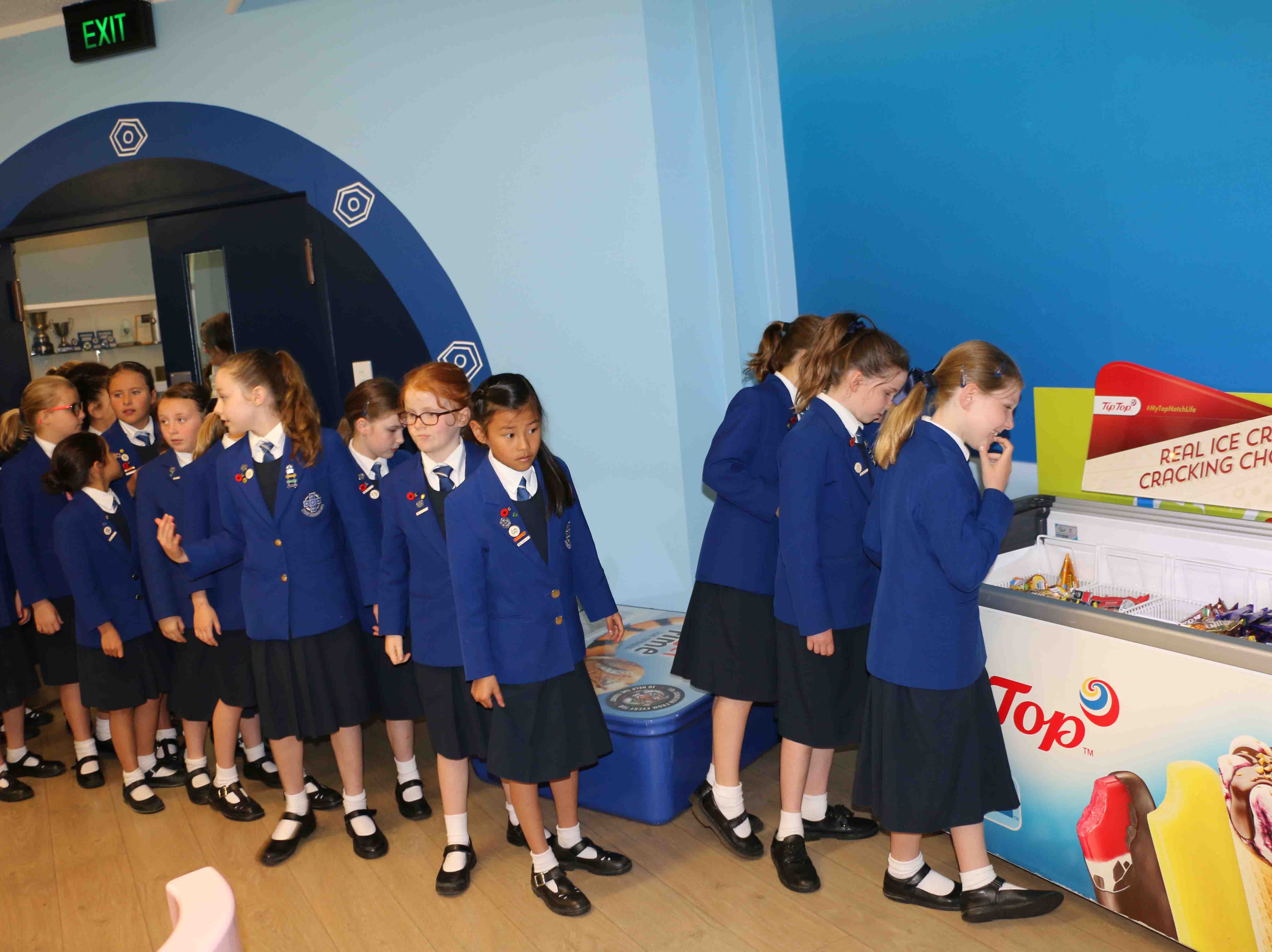