Congratulations to two of our girls who have been chosen the represent New Zealand at two global World Vision events later in the year. Year 9 student, Isabella Denholm will be travelling to Tanzania whilst Year 13 student, Letitia Puni, will be travelling to Bangladesh. Both girls have a long history of giving service and being involved with the World Vision 40 Hour Famine fundraising appeals.

Saint Kentigern has a longstanding relationship with World Vision and for a number of years has been the highest fundraising school in the country. We are delighted that Isabella and Letitia have been given this amazing opportunity to represent New Zealand and see the work that World Vision undertakes in developing countries.

Isabella has been selected to be the New Zealand youth representative at the World Vision International Triennial Council in Arusha, Tanzania in November. The theme this year is ‘Youth Engagement’ and Isabella will be joining 35 other youth representatives from all around the world to contribute at the Council. The youth will develop presentations on how to improve youth wellbeing in the community, learn to be a council youth journalist and provide recommendations for World Vision’s child wellbeing work to 300 international board members and leaders. Alongside this, Isabella will be visiting local rural development projects and see the work of World Vision in the field first hand.

Isabella has been fundraising for World Vision since she was eight years old. She was part of the child sponsorship television campaign LEND A HAND in Cambodia in 2009 – and since then has personally raised over $14,200 through the 40 Hour Famine events. This year she raised the highest amount in New Zealand through sheer hard work to gain as many pledges as possible.

Thank you to Letitia for explaining her journey to selection.

‘Don’t let anyone look down on you because you are young, but set an example for the believers in speech, in conduct, in love, in faith and in purity.’ This biblical verse is one that captures my relationship with World Vision, as they believe in the youth of today and therefore journey with us and encourage us to aim for the skies.

I first formed my relationship with World Vision in 2012 as I was chosen to represent Saint Kentigern College at World Vision and Sanitarium’s Scholarship week. At this week I was reminded how truly blessed we are and that it is only by God’s grace that we are so privileged. I discovered within me a renewed passion to journey with others and love them with no strings attached; absolute unconditional love, because as soon as you let people into your heart that’s when the magic happens. So from then on I began living for a cause greater than myself; a cause to help our world out, one person at a time.  This bigger than me living got me involved in our school’s Service Council. As being a part of the Service Council you get to Auckland’s Global Leadership Conference where you meet hundreds of other students from schools round the Auckland Region who are passionate about changing this world for the better. It was here that I was encouraged to apply to be one of New Zealand’s World Vision 2014 Youth Ambassadors. All you had to do was write your name and a paragraph about why you wanted to be World Vision’s Youth Ambassador.

Later on I received an email saying that out of the hundreds of students, all round New Zealand who had applied, I was one of the 260 who had made it through to the next stage. This next stage required us to submit a creative piece and a reference. My creative submission was a written piece about my personal reasons for wanting to eradicate global poverty and Mr Robinson wrote my reference. From this stage 35 applicants were chosen to continue you on to stage three of the selection process.

Stage three consisted of a one on one Skype interview with a panel of 3 judges and Devon Davids, the School Relationship Coordinator at World Vision. During this interview five questions were asked. These questions were about my creative submission, leadership and being a team player. The next cut was down to the top 20 applicants.

Making the top 20, I attended a camp with the 19 other successful applicants. 4 males and 16 females, a mix of secondary school and university students, made up this top 20. In a sense this camp was like x-factor auditions. Everything you did was done in front of a panel of judges who held your fate in their hands. We were assessed on a secret criterion that all the judges knew about, which they marked as we participated in numerous activities. These activities consisted of ice breakers, team building, physical activities, facilitated discussions, personality profiling. Everything challenged you. They weren’t your typical ho hum holiday camp activates. No. They were army style physical nightmares, led by an Arnold Schwarzenegger type, where you were expected to run the length of the beach while carrying a log between yourself and 2 other team members. They were mind exploding facilitated discussions were your morals, ethics and understanding were constantly questioned and pushed to their limits.

On Sunday morning the top 10 were announced; an announcement that shocked me. Making it through each stage was an astonishing, especially making it into the top 10. During the afternoon, the top 10 ambassadors presented inter-active 40 hour famine presentations, had one on one interviews and participated in team work exercises, all of which were done in front of a panel of about 5 judges. From then it was a nervous wait to find out whether or not I had been selected as one of World Visions youth ambassadors.

On the 21st of August I was then told that I had been selected as one of the five New Zealand World Vision Youth Ambassadors for 2014, a piece of news that blew my mind. It still hasn’t really fully sunk in just how this role will impact my life.

This Youth Ambassador role will take me to Bangladesh this December. It will also involve me sharing my experiences at schools, youth groups, churches, camps, community settings and many other arenas throughout New Zealand next year.

Through my involvement with World Vision I have come to value the principles of appreciating people, stewardship, partnership, collaboration and a commitment to supporting the poor and reliving poverty within our own communities and our global community. 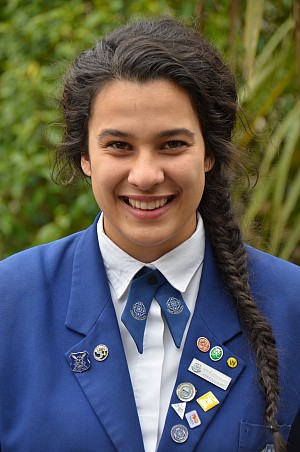 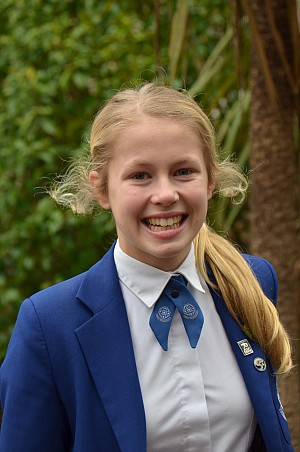 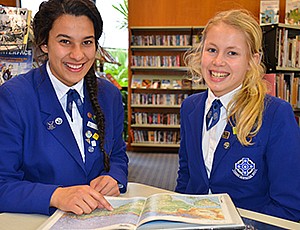