The Year 3 boys were fortunate to welcome Old Collegian and world class sailor, Joe Spooner to their class for a question and answer session to tie in with their current value of sportsmanship.

Joe was a ‘grinder’ on Oracle Team USA during the last America’s Cup in Valencia, when Oracle famously clinched a comeback beating Team New Zealand.  Prior to that, he had competed in three other America’s Cups with both Oracle Team USA and Team New Zealand, and has been part of two winning teams. He’s currently racing in the Northern Hemisphere summer on the ‘52’ and ‘72’ sailing circuit with both an English and an American team.

Joe was a past pupil of Saint Kentigern and attended the Boys’ School from 1984 to 1985, then moved on to the College in 1986. In 1991, his final year at the College, he was selected as a Prefect and was also a member of the Yachting team. His mother was the much-loved art teacher at the Boys’ School, Mrs Robyn Spooner who sadly passed away. Joe has a son, Reuben, in Year 3 and it was his class who proudly welcomed Joe.

During his school years, Joe kept moving through the sailing ranks of national youth classes and finished his university degree in 1998, starting out as a professional sailor in 1999. In 1996 he was successful in becoming a member of the New Zealand Olympic squad, as a training partner in the Finn class at the Atlanta Olympics. He told the boys how important it is to set goals. He knew early on that he wanted to race in the America’s Cup and famously wrote to Sir Peter Blake of ‘red socks’ fame, not expecting a reply. However, Sir Peter did reply, suggesting he got a little more experience under his belt then try again. The rest is history!

Joe showed the boys his Oracle safety gear, including a life jacket and helmet, explaining that the life jackets have a canister of air in the event of a capsize and being caught under the boat. Each of the sailors is paired with a buddy, knowing that in such an event, they must look out for each other.

The boys were full of questions, learning that the America’s Cup boats have no engines or brakes but sail in excess of 80km per hour – and it really does pay not to fall off, as he once did in training! Students and adults alike learnt something new – the Cup was originally called the ‘£100 Cup’ standing for a cup of a hundred GB Pounds in value. The Cup was subsequently mistakenly engraved as the ‘100 Guinea Cup’ by the America syndicate. The trophy became officially known as the ‘America's Cup’ after the 1851 win to America, and is affectionately called the ‘Auld Mug’ by the sailing community. America retained the Cup for 100 years until they were beaten by the Australians in 1983.

When asked what value he thought had contributed to his success, he replied ‘teamwork.’  He said that sailing teams are like families and the strong bonds helped the team goals.

The boys enjoyed Joe’s visit and a show of hands revealed that  there are some hopeful future sailors in Year 3!

He has now. He believes you should never give up on your goals because every set back in life can be a step to future success. 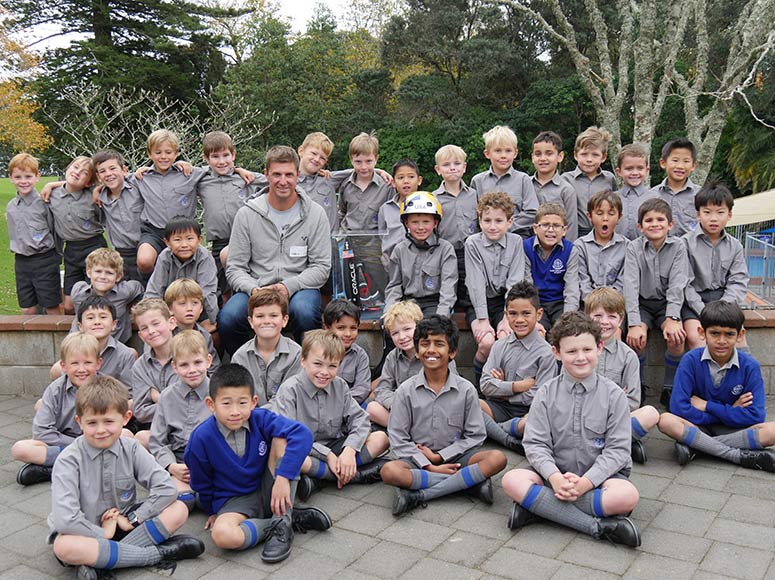 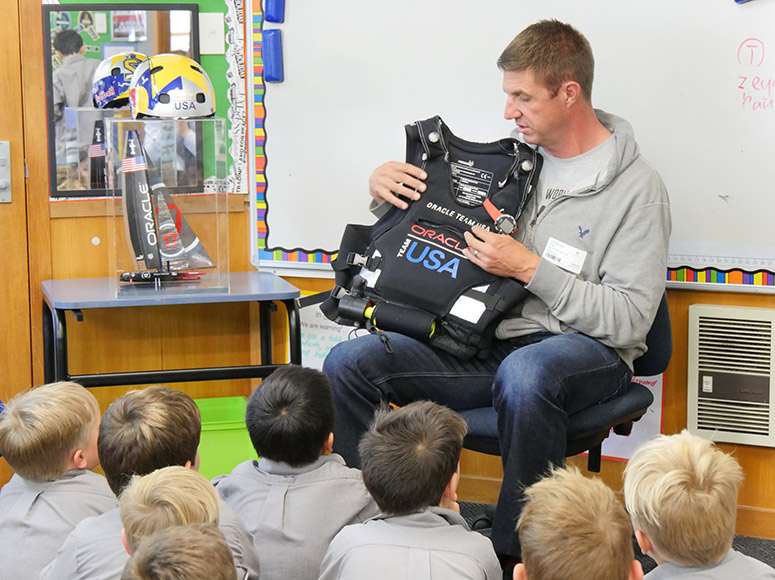 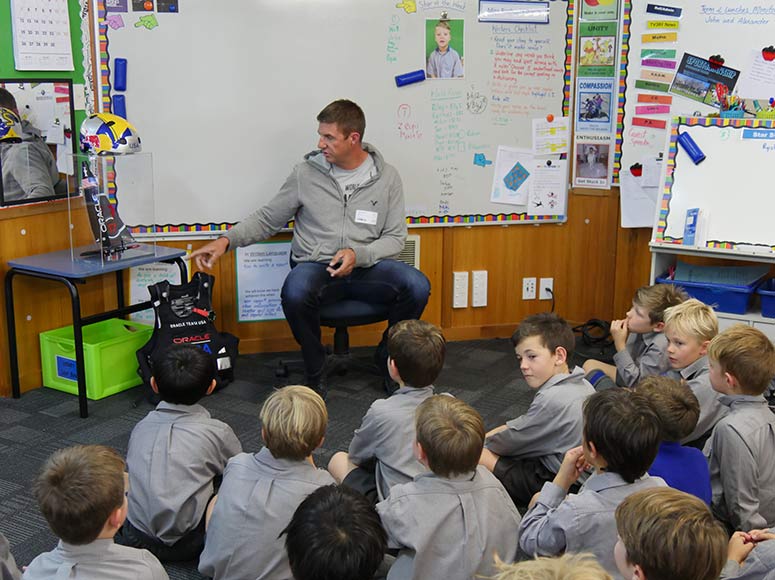