There was scarcely a spare seat in the house when the College community came together last night to hear and cheer the House Choirs and Bands as they vied for the coveted House Music Cup. Held at the Vodafone Pacific Events Centre in Manukau, the evening was a resounding success, enjoyed by students, staff and families alike!

The move to this larger venue three years ago, meant that the Houses could put forward bigger choirs of up to 200 apiece allowing for even greater student involvement. Of course, a bigger choir doesn’t necessarily equate with a better choral sound – especially where excited teenagers are concerned! Fully student-organised, the four College Houses -Cargill, Chalmers, Wishart and Hamilton, along with the boarding house, Bruce House, each presented a large choir as well as a smaller House Band.

The House Choir items are traditionally selected from a category chosen by the Head of Music. This year, prefects were given the task of choosing an original Disney song.  Unsurprisingly, High School Musical and Lion King featured twice each with Jungle Book also making an appearance.

Judges for the evening were Josh Clark (a freelance musician, former member of the New Zealand Youth Choir and member of staff with the NZ Secondary Student’s Choir) and Mike Young (Head of Music at Pakuranga College). Together they had the difficult task of picking the winners according to set criteria which marked tone, tunefulness, diction, presentation, originality of ideas and overall effectiveness for each choral contribution. Wishart’s rendition of ‘I just can’t wait to be King,’ complete with an assortment of ‘onesie-clad’ animals holding Simba high above Pride Rock, took the spoils in the choir competition.

Criteria for the House Bands are similar to those of the choirs, however, the introduction this year of movement and dance drove the overall quality up with the bands who combined clever stagecraft with good quality music coming out on top.  Whilst Wishart’s visually engaging and musically sound performance of the Jackson’s ‘Blame it On the Boogie’ was expertly crafted, a favourite of the crowd and proved to be the winner; it’s fair to say that with their most talented musicians and dancers on stage, the band performances from each of the Houses this year was fantastic entertainment.

While the judges deliberated, the tradition of staff performing took a slight turn with a female octet, ‘Oi, Miss’ performing ‘Shake it off,’ led by Mrs Burridge, Miss Hamilton and Ms Bishop.

The Staff Rock Band led by Head of Music, Mr Gerritsen and Director of Choirs, Mr Craig, once again showed their musical class with a powerful medley of music celebrating New Zealand Music Month. Queen’s ‘We Will Rock You’ was sandwiched by Lorde’s ‘Royals’ and ‘Weather with you’ by Crowded House.

Judging is never an easy task and the first moment of silence all evening came when Mr Clark and Mr Young prepared to announce the winners. Excited cheers from Wishart at winning the House Choir section became absolutely thunderous when they discovered they had also won the House Band section giving them an unassailable lead to win this year’s House Cup!

Our thanks to the judges for giving their time to attend and to Mr Gerritsen and his team of staff for once again bringing the Saint Kentigern community together for a fantastic evening of entertainment!

1st: Wishart House - ‘Blame It on the Boogie’ by the Jacksons
2nd: Hamilton House -  ‘This Love’ by Maroon 5
3rd: Cargill House - ‘Uptown Funk’ by Bruno Mars and Valerie by Amy Winehouse
4th: Chalmers House - ‘My Songs Know what you did in the Dark’ by Fall Out Boy 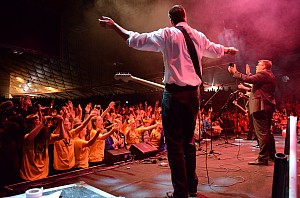 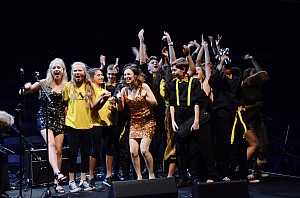 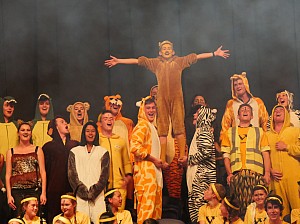 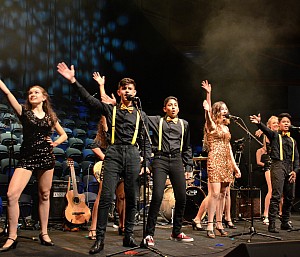 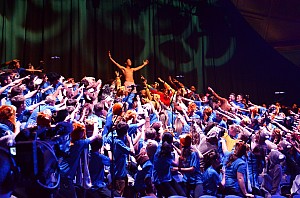 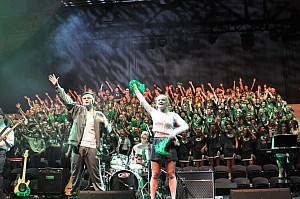 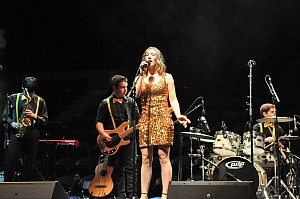 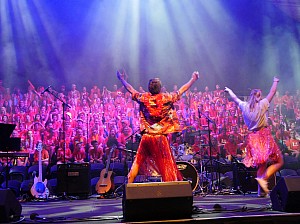