A four tonne dumping of snow arrived at Saint Kentigern Preschool one crisp June morning transforming the sandpit into a white winter wonderland.

The look on the children’s faces as the snow arrived was priceless, and for some it was the first time they had ever experienced and touched real snow.

Once morning tea was finished the children were energised and ready for action.  Individual photos were taken of the children very proudly wearing their Preschool uniform in the snow before changing into ‘real’ snow clothes so they could have some true fun!

Tobogganing, building and throwing snowballs, making snow angels, constructing a snowman, slipping and sliding and even tasting the snow (which was salty ice!) proved to be the most exciting day at Preschool for a long time.

Now running for its second successful morning, ‘snowfall’ in Auckland at Saint Kentigern Preschool was over for another year!

With thanks to Director of Preschool, Sue Nash 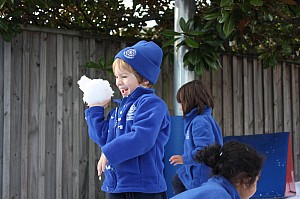 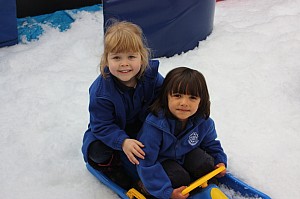 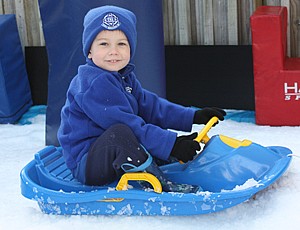 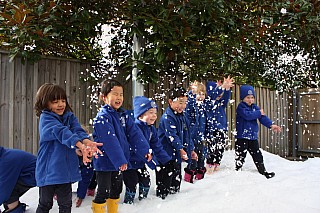