Three of the College 1st XI who were selected in the New Zealand U 17 Football team to play in the World Cup Qualifiers in Vanuatu during the April holidays have returned victorious. Michael Den Heijer, Matt Ridenton and Nick Forrester were members of the team that have now qualified for the FIFA U 17 World Cup being held in the UAE later this year. Congratulations boys! The full story can be read in this article from the Howick and Pakuranga Times. 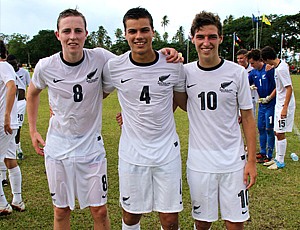