With thanks to Year 13 student reporter, Michelle Zhou

‘Ka whawhai tonu mātou, Āke! Āke! Āke! - We will fight on for ever and ever!’
These were the famous words spoken by Māori General Rewi Maniapoto at Ōrākau and perfectly reflect the Waikato Wars.

As part of our unit on the Waikato Wars, Year 13 History students had the opportunity to visit some of the famous battle sites of the war. In doing this, the content learnt in the classroom was brought to life and students gained a better understanding of this crucial period in New Zealand history.

After an hour on the bus, we arrived at our first location - the Mangatawhiri stream. This beautiful and peaceful location carries enormous significance in New Zealand history - it was the place where war was first declared in the Waikato. This stream was the aukati (boundary) of Maori land and the crossing of it by the British symbolised the declaration of war. It was amazing seeing a place that carried so much significance and to stand on the ground where soldiers had stood so many years before.

From there we drove to Rangiriri where we were greeted by Mr Tereora Crane, our guide for the day. An expert on the Waikato Wars, Mr Crane took us through the Rangiriri Cemetary, where many British soldiers who died in the battle were laid to rest, and then on to the actual Pa site where the battle took place. Here Mr Crane talked us through the battle and allowed us to explore the Pa ourselves.

Our next destination was Te Awamutu Museum. Upon arrival, we were taken to an interactive exhibit filled with artefacts and objects from the Waikato Wars. Here we were lucky enough to hold a variety of items, including books, powder flasks and handcuffs. We then had a go re-enacting the reloading of muskets! This was a hilarious activity where we got to see our teachers and peers go head to head. The exhibition at the museum gave us further insight into the Waikato Wars and really enhanced our knowledge of this event.

After a stroll through the streets of Te Awamutu in search of lunch, we jumped back on the bus and headed to Rangiaowhia. In the 1860s, Rangiaowhia had acres of fertile land and was once a thriving agricultural settlement crucial to Māori and European settlers alike. The Maori loss at Rangiaowhia was devastating and weakened the Maori war effort immensely. At that time, a beautiful church with stained glass windows overlooked the Pā. This church still exists today and we were lucky enough to enter the church and to sit and have a discussion on the causes and consequences of the Waikato War. The information that came from this discussion will be extremely beneficial for our external at the end of the year.

Our last stop for the day was Ōrākau Pā, the site of the last battle of the Waikato Wars and Rewi Maniapoto’s last stand. At Orakau, Māori were running extremely low on ammunition and food supplies. Mr Crane explained that the British had given Maori the opportunity to surrender at this point, but that that surrender had been rejected in Rewi Maniapoto’s famous reply – ‘Ka whawhai tonu mātou, Āke! Āke! Āke! - We will fight on for ever and ever!’ Mr Crane went on to describe the bravery of Maori who even reverted to shooting peach stones when they ran out of bullets. Simply being at the site of the battle gave a rare insight into the atmosphere of the time, of the desperation and bravery of the Māori people. After one final stop to Rewi Maniapoto’s memorial, we headed home having learned so much during the course of a busy day.

Overall, the insight and knowledge we gained from visiting the famous sites of the Waikato Wars was invaluable. It has not only enhanced our learning and helped us for our external, but it has opened our eyes to an area of History that is not that frequently discussed in society today. We would like to thank Mr Crane, as well as Mrs Anitelea, Mr Johnston and Mr Perry for an awesome trip and incredible experience. 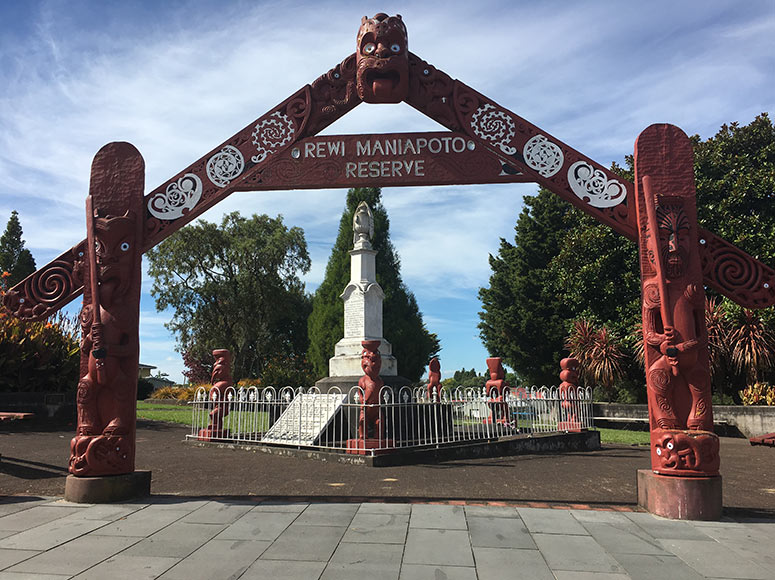 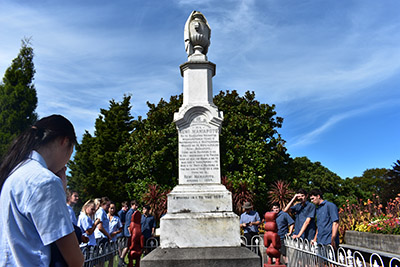 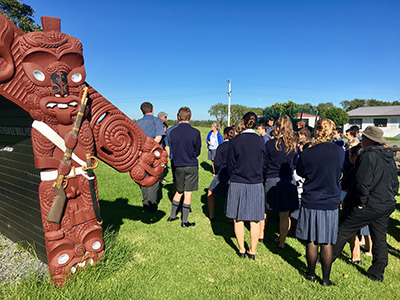