Water was a feature in the two College Year 7 science projects that have been selected to represent the College at the Manukau regional final of the NIWA Science Fair later this month; a competition that pits students from intermediate and secondary schools in Manukau, the Eastern suburbs, Papakura and Counties against one another in a number of categories.

Our two College finalists, Josh Muggleston and Christian McIntyre, both selected the physics category to undertake their experimental work.

Josh’s project, ‘Wheely Cool Water Wheels,’ considered which size water wheel could lift a metal nut the fastest while taking into consideration the flow rate of the water and the height it dropped from.

As always there was a diverse range of imaginative projects displayed for our judges to ponder but the winning projects were selected on the basis of their rigour to carry out repeated scientific measurements, fair testing, analysis of the results, returning to reflect on the hypothesis and taking into account any experimental error.

In Years 7-10 at the College, girls and boys are taught separately in all their core subjects, including science. The Year 7 science projects were judged initially within each class before the final winners were selected from all Year 7 classes. After a clean sweep by the girls last year, this year it was the boys who took the top places!

Best of luck to Josh and Christian at the NIWA competition. 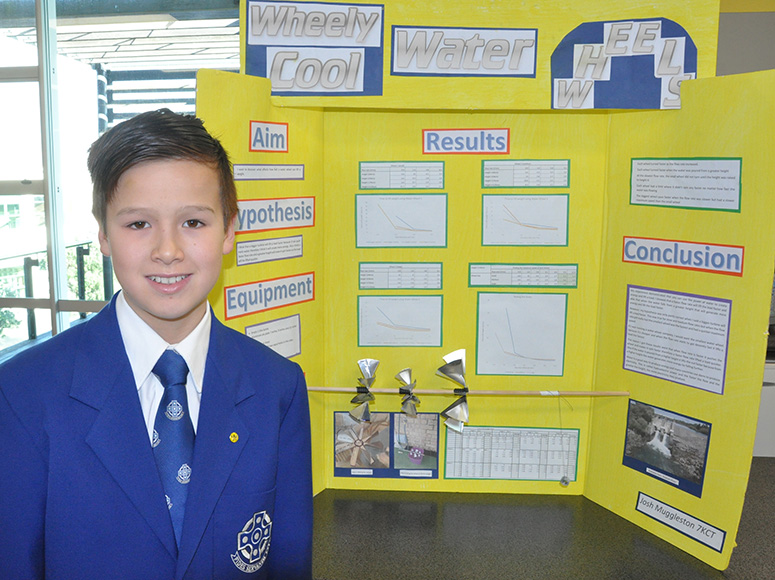 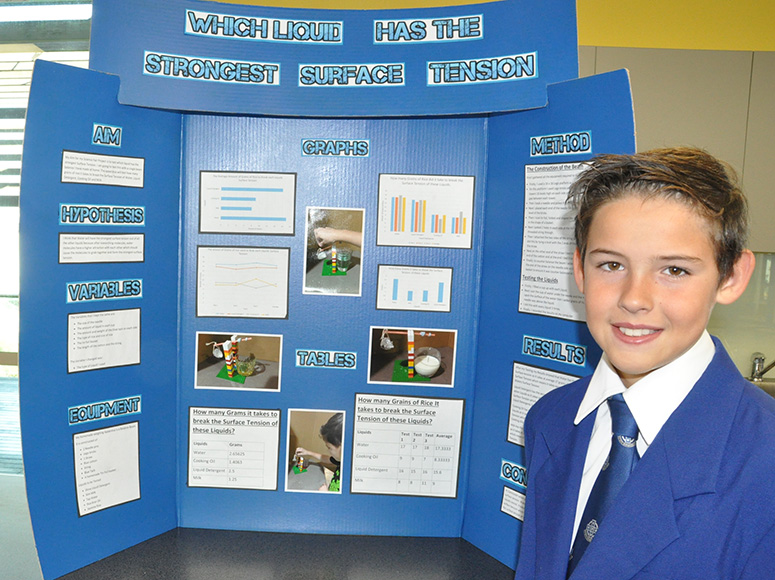