Fantastic news to start the year! Two of our top mathematicians, Kevin Shen (Year 13) and Andrew Chen (Year 11) have been selected into a squad of twelve students from around the country to train for the International Mathematics Olympiad (IMO) to be held in Hong Kong during July. The Olympiad is recognised as the highest level maths competition for secondary students worldwide.

The pair recently attended a week-long, resident training camp, under the tutelage of staff from Auckland, Otago and Havard Universities, with the hope of gaining a place on the squad. We were delighted to hear that both boys achieved selection!

The final team of the six best mathematicians to represent New Zealand will be announced in late April. Until then, Kevin and Andrew will be doing assignments by correspondence as well as sitting maths competitions against other squad members.

Both boys have been studying mathematics at a higher level than their age group with very good results. This is the fourth year that Kevin has been chosen for the squad, having already represented New Zealand in 2014, 2015. As a Year 11, this is Andrew’s first time on the squad and he is currently working hard in the hope he can follow in Kevin’s footsteps.

Well done boys! We are very proud of you. 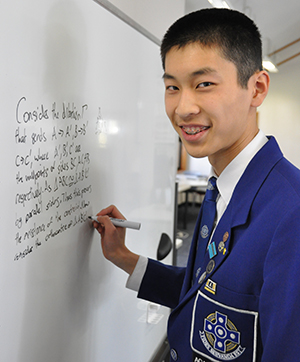 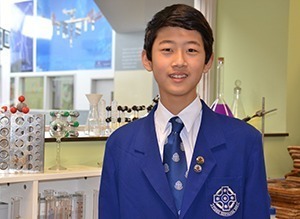