Following on from the Boys’ School Science Symposium, a select group of young scientists from our Senior School presented their science projects for judging at the Auckland Regional Science and Technology Fair hosted at Mount Roskill Grammar. The boys’ projects were put on display alongside the top 200 projects from 29 schools within the central Auckland area.

At the Prizegiving, the judges said that the standard across Year 7 and 8 this year was extremely high, and they felt that ‘the future of Science was in good hands!’. We were delighted that 17 of our boys were recognised for their outstanding achievements. Six of the projects were singled out for ten special awards!

Jack Scarlett was awarded first place in the Physical World category with his project, ‘Crackle! Pop! Bang!’ His project caught the judges’ attention as he investigated something unique, the scientific enigma of the Prince Rupert’s Drop. Jack’s project involved testing to see if whether different water temperatures used in the formation of a Prince Rupert’s Drop, affects the strength of the glass head. In addition to that, he was also awarded with the Gold Sponsors’ Award from the University of Auckland. This was the Dean of Science Creativity Prize. Furthermore, his project was one of only five projects chosen to represent Auckland City Science and be showcased at MOTAT later this year.

Coming second in the Human Behaviour category, was Luca Roberton and his project ‘Game Brain Drain’. Luca focused on the effect of computer gaming on visual and audio memory. He tested students’ audio and visual memory before and after playing a game. The results showed that playing a game directly before taking a test had a negative effect on memory. In addition to this, Luca was awarded with the New Zealand Statistical Association prize.

Hugo McKenzie, picked up third place in the Physical World category with his project, ‘Headgear Fact or Friction’. He investigated whether changing the material that your headgear is made from, would reduce the force of impact on a player’s head. He was inspired to perform this investigation after a rugby head injury in 2018. He also received a Silver Sponsor’s Award from the Science Awards Trust.

Another unique project titled, ‘Bug Buffet’, was presented by Finn Watney and Tom O’Donnell. Not only were they awarded a Highly Commended certificate, they also received First Prize from the Baking Industry Research Trust. They looked at whether we could use insects as a sustainable and nutritious food source in the upcoming future. This project was entered in the Human Behaviour section as the second part to their project tested to see if people would be willing to eat chocolate brownies containing cricket flour.

In the Physical World category, Hugh Webber was awarded a Highly Commended certificate and two special prizes for his project ‘That Sinking Feeling’. Using the context of the Christchurch earthquakes and liquefaction, Hugh’s aim was to test whether the depth of a building’s foundations can prevent it from sinking. His two special prizes were awarded from the Geoscience Society of New Zealand Prize and the New Zealand Statistical Association prize.

Winning the Delta Education Supplies Prize for Innovative investigation in the Living World as well as a Highly Commended certificate was Jack Doherty’s project ‘Plants Plus Pollutants’. Jack investigated the impact pollutants in our waterways have on plants.

Another seven of our projects drew the attention of the judges and all of these boys were awarded Highly Commended stickers for their projects. These were Alex Dunn and Daniel Haines, Will Ormond, Cayden Lin-Vaille and Harry Becker, Hamish Tye, Fetcher Muthu, James Knottenbelt & Nathan Dick, Zach Freeland. 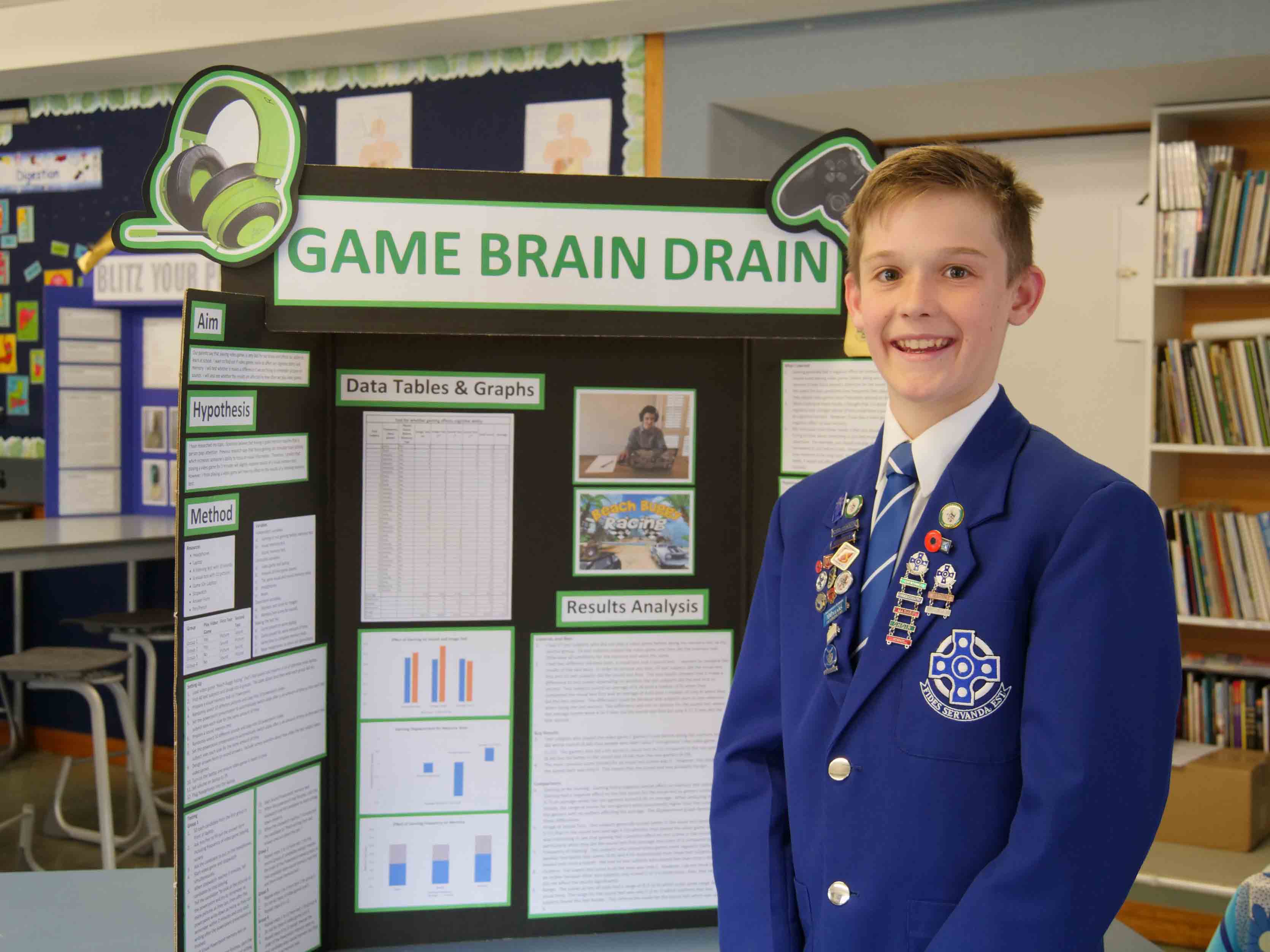 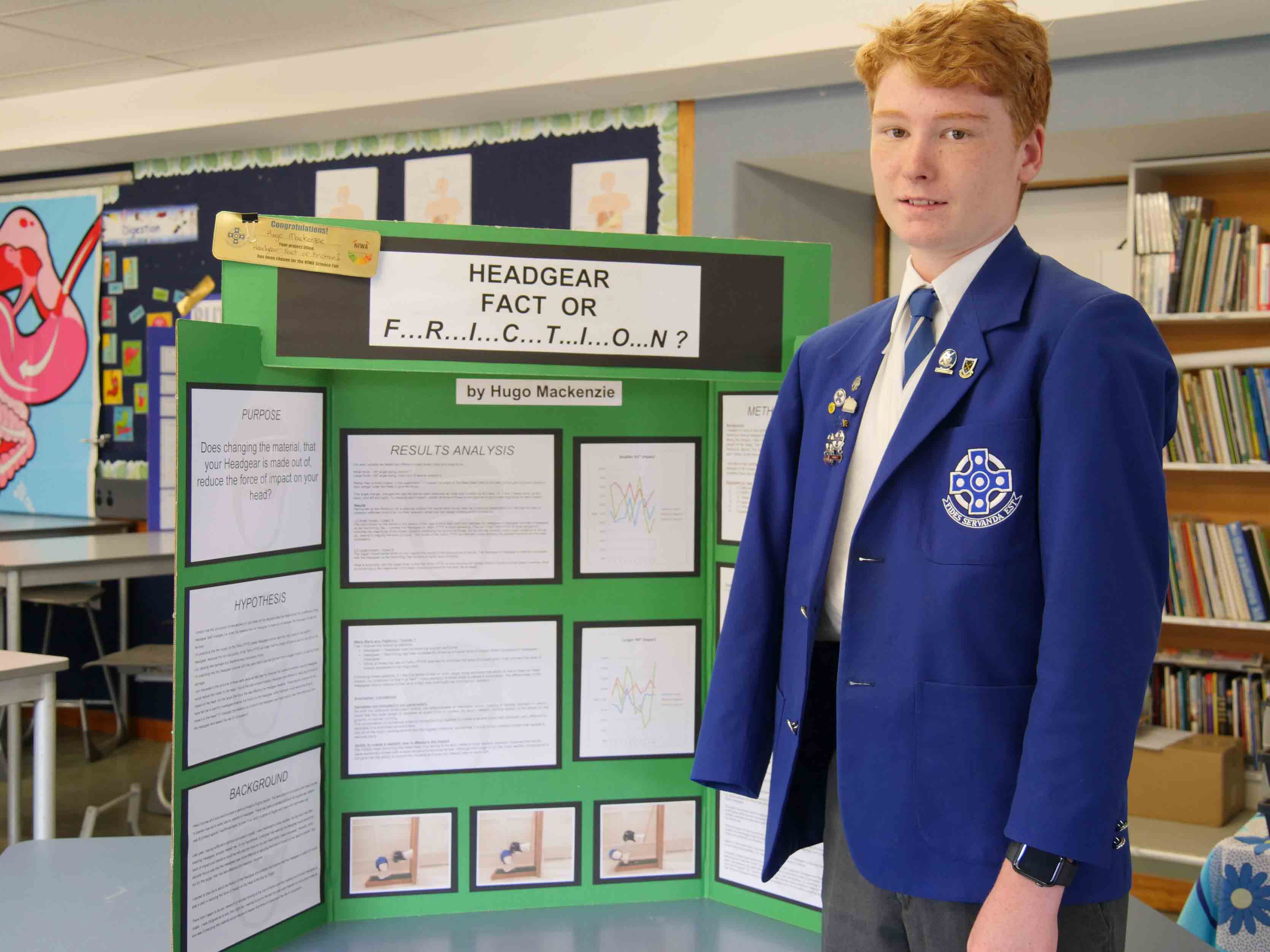 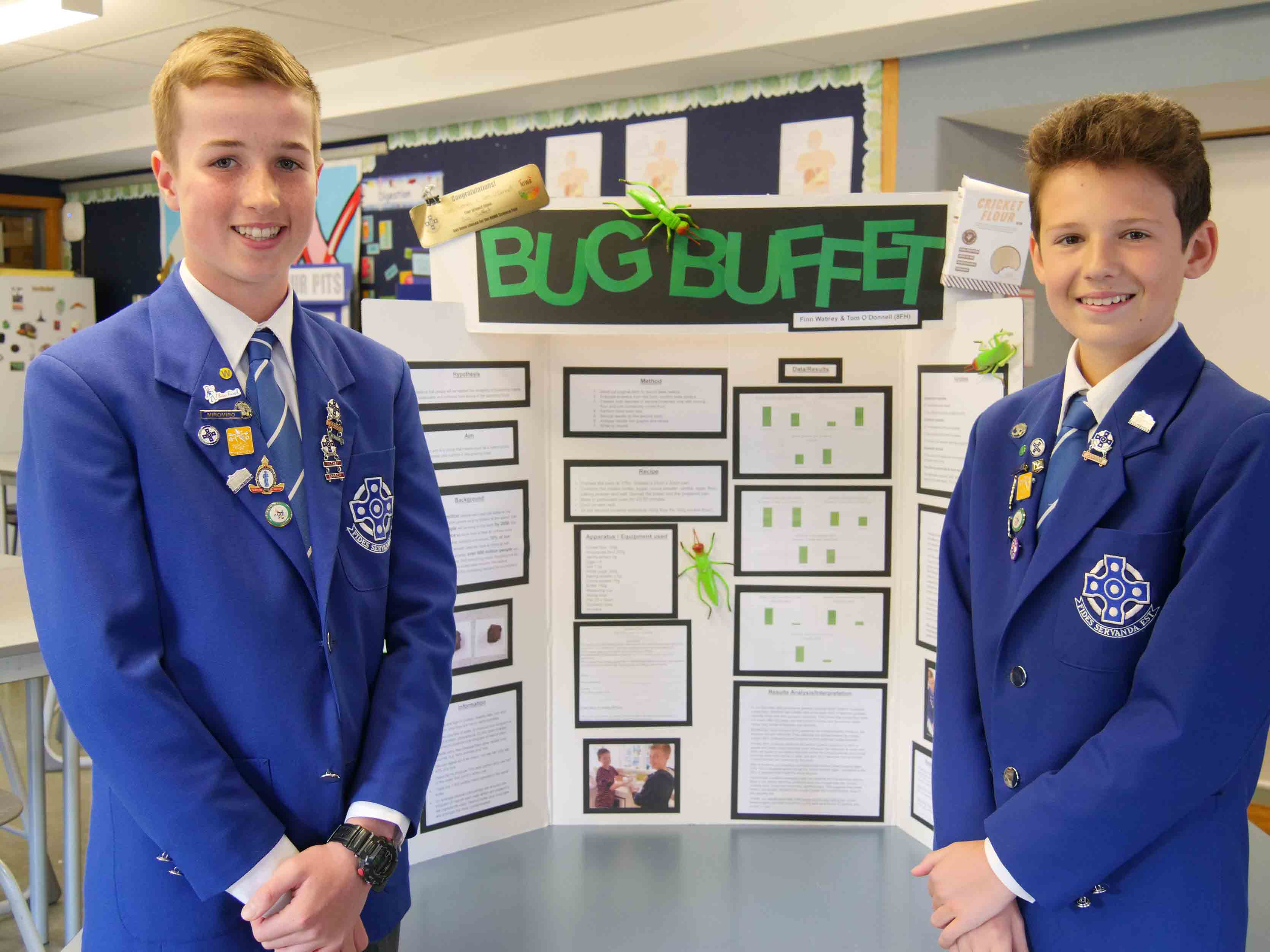 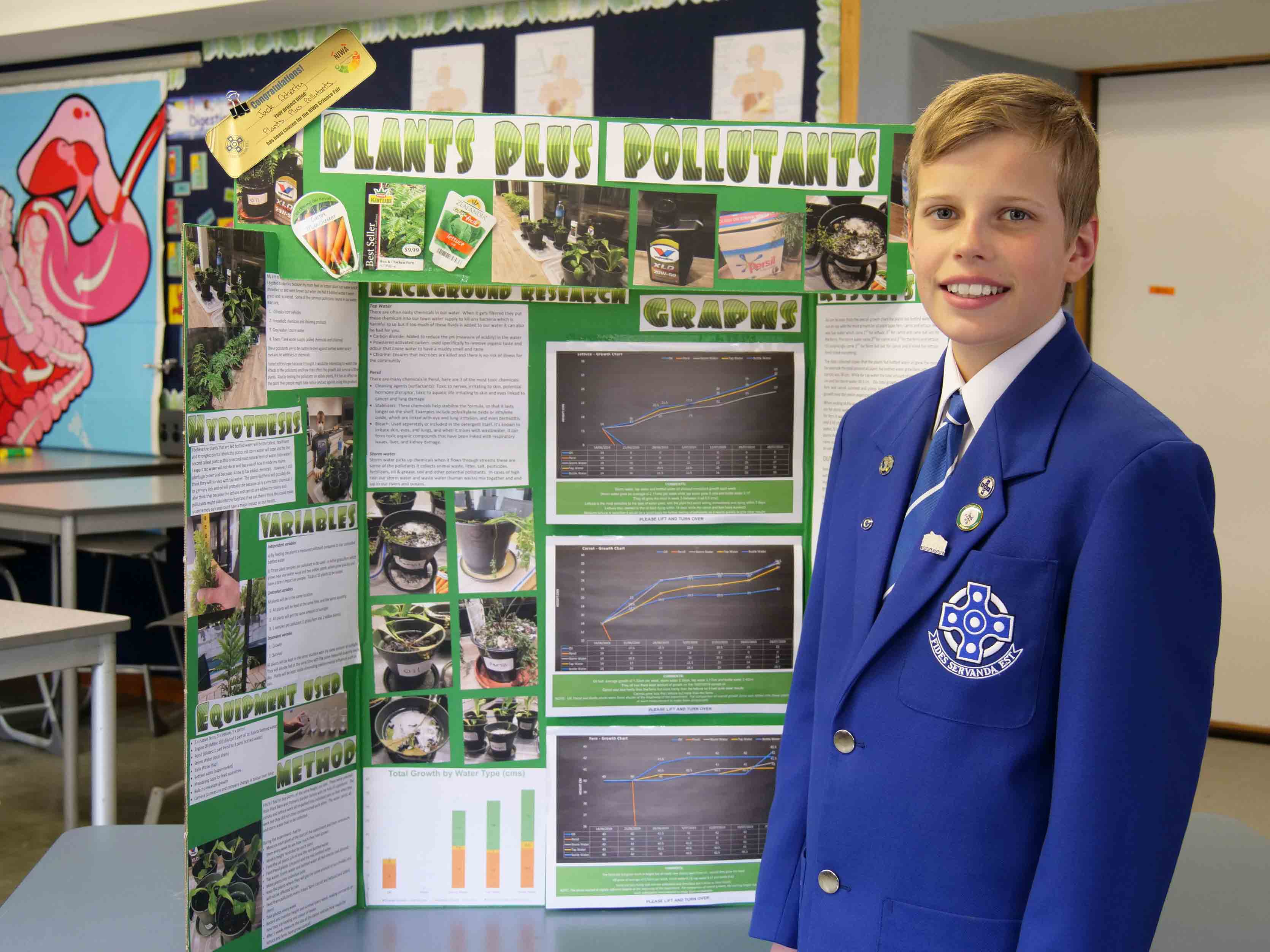