Everybody loves their dogs but there is one chore that no dog owner enjoys….picking up the droppings! For their Science Fair Entry this year, Thomas Burton and Luc Travers designed a device that potentially will pick up poo without the owner needing to touch it!  They modified their prototype several times, following the appropriate technology processes and with further programming advice from fellow-student, Tom Hussona, they built their final model – a robotic ‘digger’ that picks up the poop and deposits it in a disposal bag. As they are discovering, not always with 100% accuracy so it’s a work in progress!

There was a great deal of interest in the project at the NIWA Science Fair, where they were awarded a Highly Commended certificate. They also came to the attention of a TV3 film crew who were covering the show. Such was the novelty of the boys’ product, TV3 came to school today to film a further segment, interviewing the boys and watching them put their latest prototype through the motions – so to speak!

View the Scooper-Tron in action on TV3's programme, Tech Bytes. 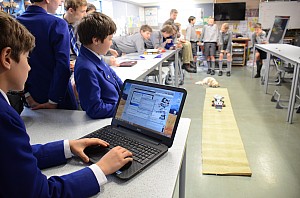 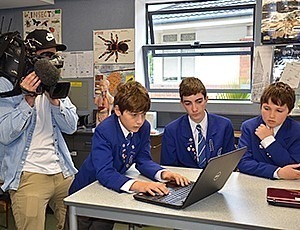 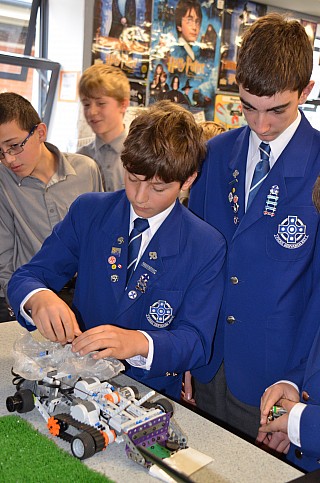 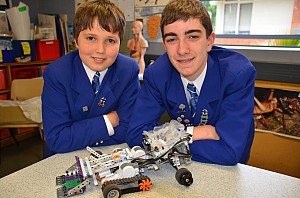