Top in the World for Ethan

We are very proud to announce that Year 11 student, Ethan Fung has been awarded a joint equal ‘Top in the World’ for Cambridge IGSE Mathematics!

In the past, Middle School students who had been accelerated in mathematics, completing the Year 10 course as a Year 9, were offered the opportunity to sit the Cambridge exams in Year 10, prior to embarking on their Senior School courses. Last year, 25 of our Year 10 students were studying above their year level. In the last year that Saint Kentigern has offered students the opportunity to sit this exam, not only was Ethan ‘Top in the World,’ he scored 100% as a Year 10 in an exam intended for students in the Year 11 age range!

Cambridge ‘Top in the World Awards’ are awarded by Cambridge Assessment International Education to learners worldwide who achieved the highest standard mark in the world for a single subject. The Outstanding Cambridge Learner Awards programme celebrates the success of learners taking Cambridge examinations in over 40 countries around the world.

At the end of 2019, as a Year 10, Ethan was awarded Dux of the Middle College. Last year he consistently achieved Excellence or Excellence Plus in his core subjects, which included Year 11 Science and Year 11 Cambridge Mathematics, with a total GPA of 397. His exceptional results are underpinned by his outstanding effort in all that he undertakes. In 2019, Ethan also received a Distinction award in the Australian Mathematics Competition and was placed in the Top 100 in the New Zealand Junior Mathematics competition. He was also awarded Academic Honours and his class prize.

Excelling not only academically, but in his varied co-curricular involvement, last year Ethan was also awarded the Badminton Singles Trophy, as a member of the Badminton Premier team. He was a member of the Junior Premier Debating Team and a participant in the Duke of Edinburgh Bronze Award.  Musically talented, Ethan plays the clarinet in the Symphony Orchestra and was a finalist in the 2019 Solo Music Competition.  He has also been a member of the Concert Band and the Lepidoptera Society.

Ethan was an excellent role model as a Middle College Leader. In addition to his academic and co-curricular achievements, he shows a genuine interest in his fellow classmates. With his commitment to strive for excellence in all areas of life, Ethan is a true Son of Kentigern.

Well done Ethan on this outstanding achievement. We are very proud of you! 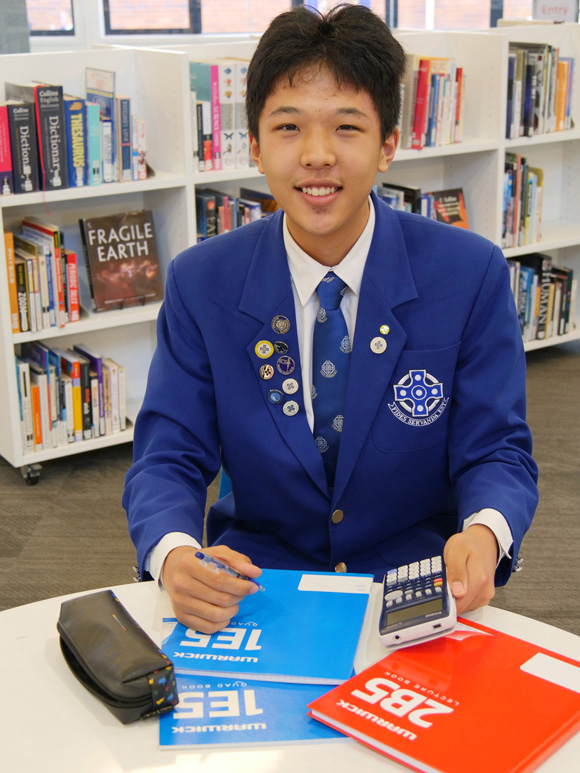