It was a proud moment for parents and Senior College Principal, Mrs Suzanne Winthrop, when the very best scholars in New Zealand were formally congratulated at an award ceremony held in Wellington yesterday.

In the splendour of the Great Hall at Parliament, Saint Kentigern students, Andrew Chen, Daniel Mar and Christopher Dirks were presented four of the top NZQA Scholars’ Awards given to 2018 Secondary School students. In addressing the scholars, Prime Minister, Jacinda Ardern praised their outstanding results and commitment to their studies whilst also reminding them to be ‘kind to themselves’ and to ensure they create balance in their lives.

2018 graduates, Andrew and Daniel, were named as NZQA Premier Scholars - two of only 11 students across the country to achieve this significant award that recognises secondary school academic excellence of the highest order. Saint Kentigern is the only school in New Zealand with two Premier Scholars.

In addition to being named a Premier Scholar, Andrew Chen was also named as the Top Subject Scholar in the country for Statistics – the second time he has topped this subject, having also achieved this feat two years ago as a Year 11 student! Andrew wasn’t the only student to come top nationwide. Christopher Dirks was also named Top Subject Scholar nationwide for Design and Visual Communication, for his work designing a new train station for Meadowbank. Remarkably, Christopher was only Year 11 last year when he took on this Scholarship exam more usually undertaken by Year 13 students.

Andrew and Daniel are both outstanding academics. Whilst Andrew studied towards the International Baccalaureate (IB) Diploma, Daniel undertook NCEA. Both boys also sat NZQA Scholarship exams in seven subjects, remarkably gaining Scholarships in all seven, with each gaining four classed at ‘Outstanding’ level. However, the 14 Scholarships between them this year aren’t the sum total. Both students have punched above their weight in Scholarship exams. These exams are usually taken in Year 13 but opportunities exist at Saint Kentigern for bright students to take these on early. In Andrew’s case, he has been sitting Scholarship exams since Year 11 and has amassed a total of 13 Scholarships, whilst Daniel has been awarded a total of 10 Scholarships over the last two years – that’s 23 scholarships between them, with 8 for Andrew and 5 for Daniel marked at ‘Outstanding’ level!

With an ever-growing focus on academic excellence, as part of Saint Kentigern’s Strategic Vision for 2018-2021, the Senior College set a goal to increase the number of NZQA Scholarships gained by our students. Mrs Winthrop is delighted with the outcome from 2018. Our external examination results are consistently amongst the best in the country, and continued to be so in 2018, with some outstanding highlights in NCEA and the International Baccalaureate Diploma (IB) – in particular, Andrew Chen gained the top possible mark for IB – the full 45 out of 45 marks. It was also incredibly rewarding to see that our students more than doubled the number of NZQA Scholarships gained in the 2018 examinations.

As in previous years, Saint Kentigern is extremely proud of the exceptionally large numbers of students who gained entry to highly competitive selected entry courses at New Zealand Universities.  In addition, a number of our students choose to go to Universities overseas, with many on scholarship. Recently students have been offered places to Oxford, Stanford, New York and Princeton, as well as many other overseas universities.

We are extremely proud of these boys and this week’s award ceremony was a fitting reward for their hard work.

NOTE ON NZQA SCHOLARSHIP
More than 9,300 students entered New Zealand Scholarship across 35 subjects at the end of last year. Of those who sat the exams, only 2,415 students were awarded one or more Scholarships. Students sitting these papers are assessed on their ability to demonstrate high-level critical thinking, abstraction and generalisation. Successful students are those who can also integrate, synthesise and apply knowledge, skills, understanding and ideas to complex situations. They are designed to extend the very best students and are regarded as the most prestigious secondary school award in the country, offering financial rewards for those going on to full-time tertiary study in New Zealand. Those who achieve at the very highest level of these examinations, are named the Premier Scholars in New Zealand. This year there were 11 Premier Scholars with two from Saint Kentigern, the only school with two. 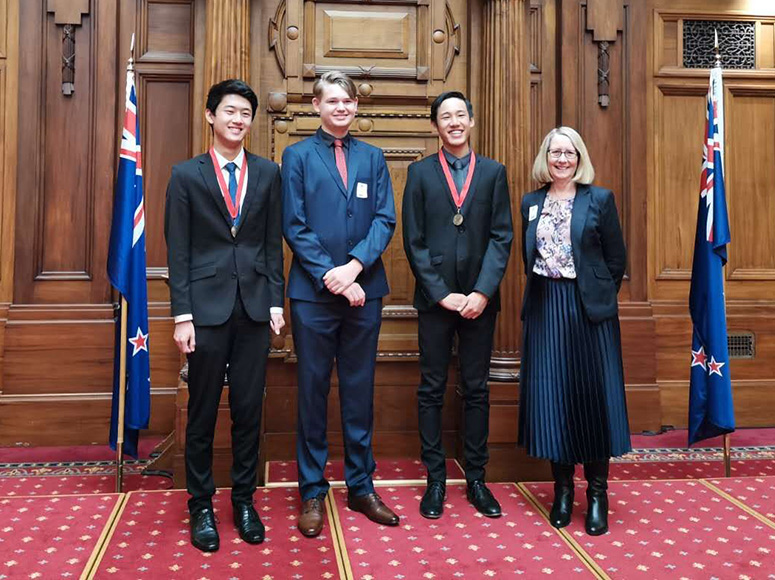 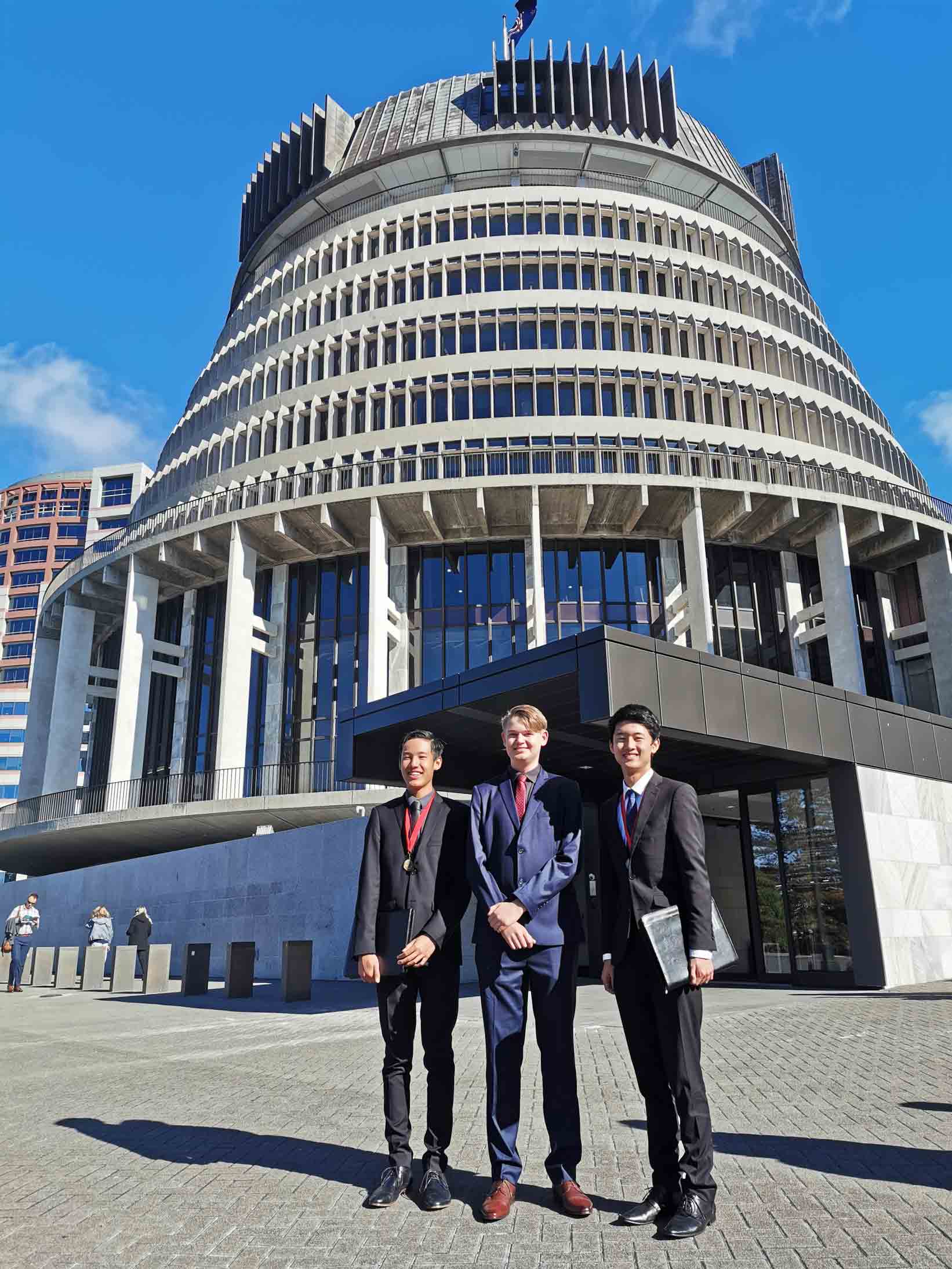 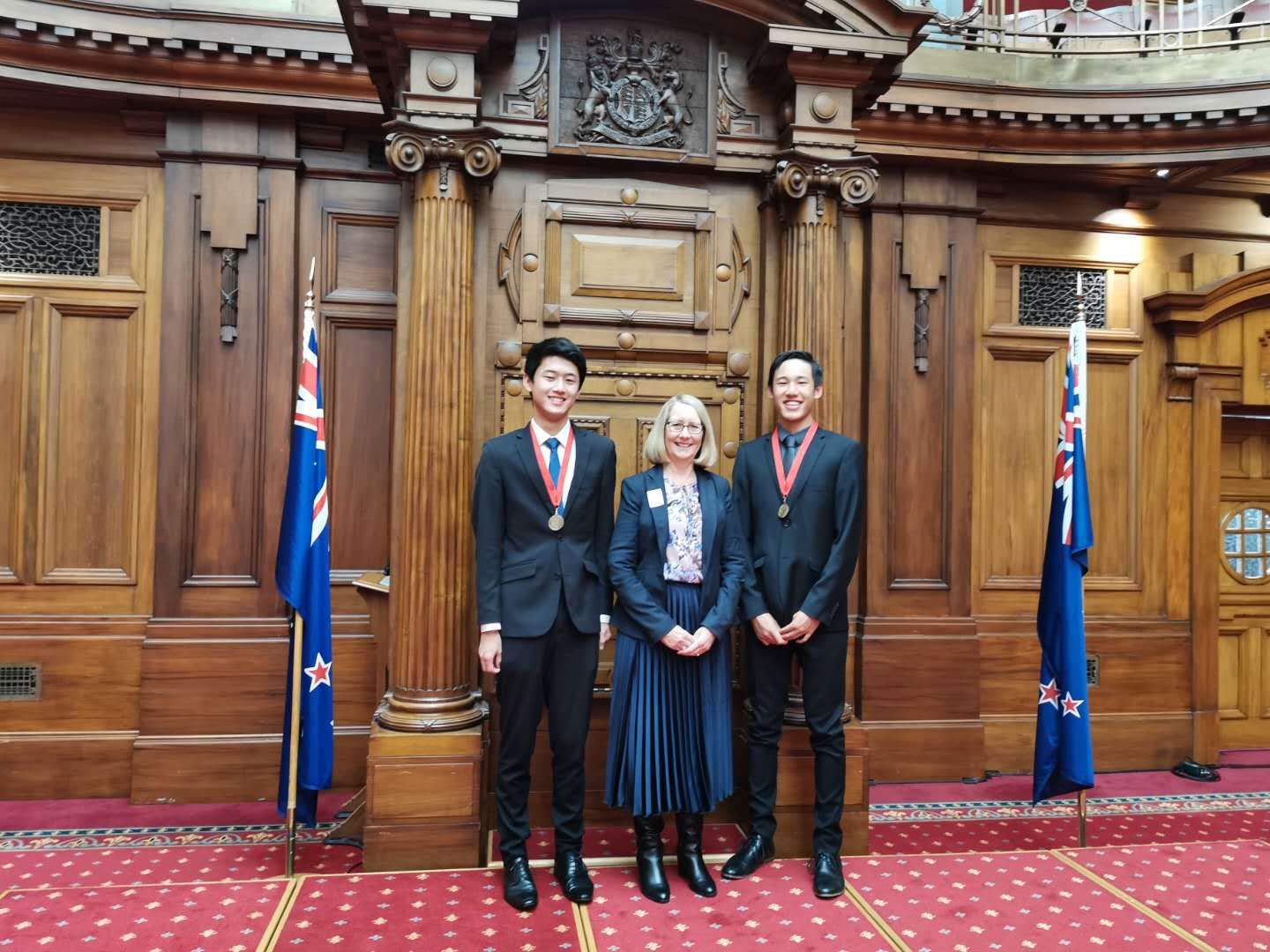