Early this year, 130 College students from Years 9 to 11 entered The University of Otago Junior Mathematics Competition; an event held annually by the university.  The competition attracts over 10,000 entries from 250 participating schools each year.

We are delighted to report that Andrew Chen placed 1st in the Year 11 competition with Year 9 student, Grace Chang in 2nd place in her age group. Steven Cho (Year 10), Eric Li (Year10), Callum Lee (Year 11) and Yunfan Yu (Year 11) also won prizes for being ranked in the top 30 in the country.

Andrew is no stranger to maths success having been selected as a team member of the New Zealand International Mathematics Olympiad team that travelled to Hong Kong to compete in July.

The students face five questions on the paper with an hour to complete them all. Try the sample question below to see how you would fare. You can check your answer here:

SAMPLE QUESTION 3
2016 marks the thirtieth anniversary of the Junior Mathematics Competition which began in 1986. In this question, we revisit some old questions (with changes). 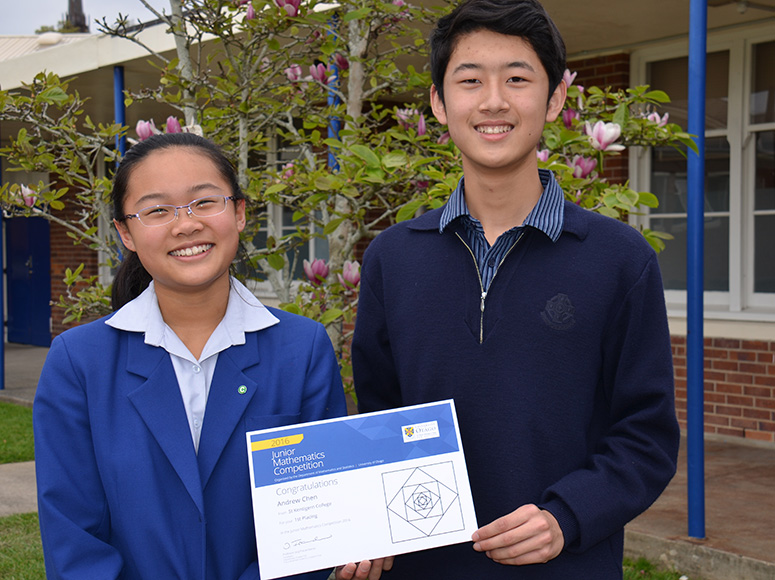 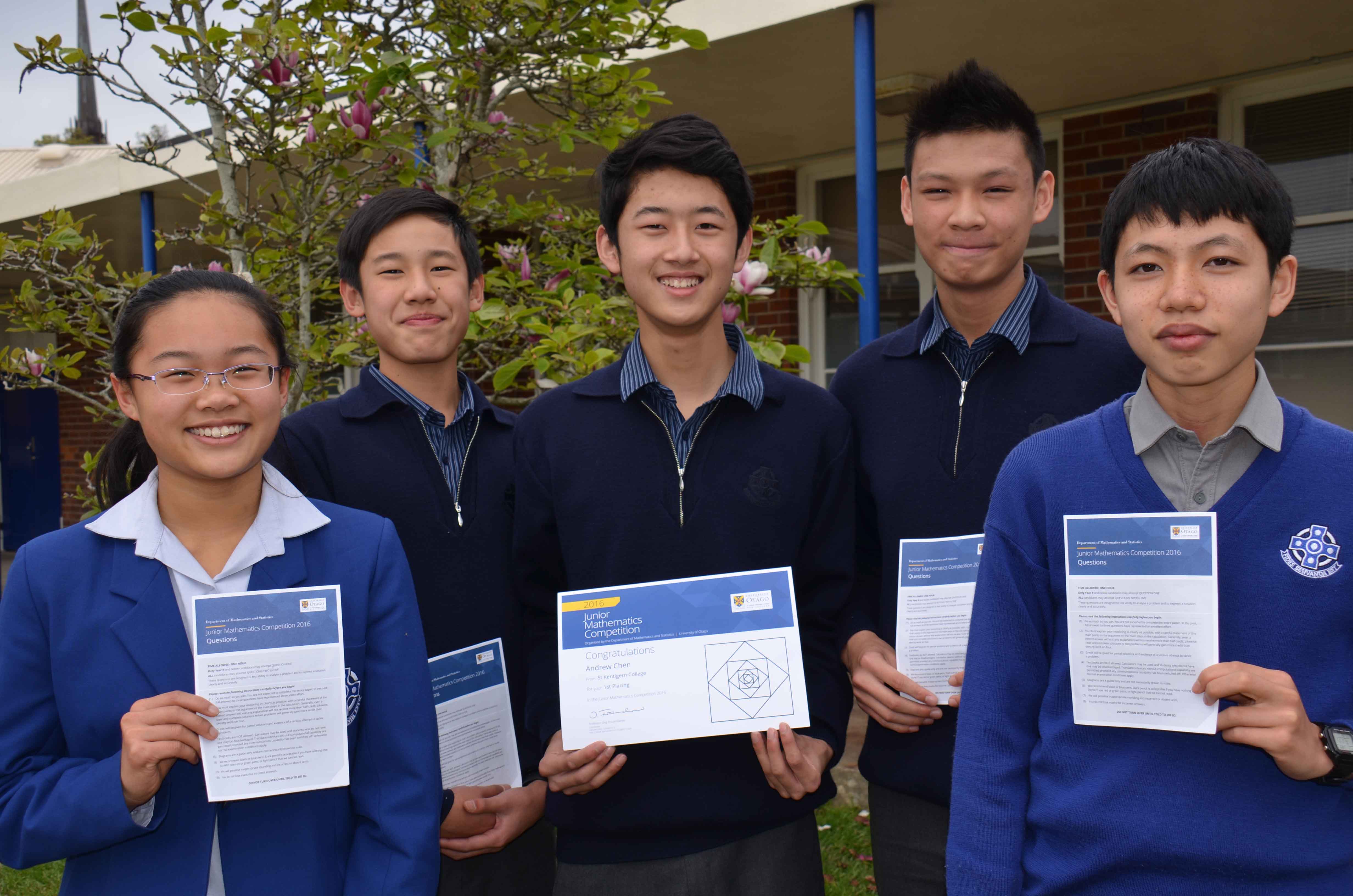