‘The Resistible Rise Of Arturo Ui’ is a 1941 play by the German dramatist Bertolt Brecht that chronicles the rise of Arturo Ui, a fictional 1930s Chicago mobster, and his attempts to control the cauliflower racket by ruthlessly disposing of the opposition.

This time period drama was recently performed by the Year 12 drama students as part of their NCEA Level 2 drama course, who were required to perform a substantial acting, technical or production role worth a possible total of five Credits to their NCEA final assessment. Each year, the Year 12 classes stage a production with each student taking either an acting or production role. As well as performing, this includes organising all of the lighting, sound, props, hair, makeup, stage management and front of house.

Now for the second year, the assessment was tied in with another Achievement Standard in which students must apply knowledge of a drama/theatre form or period through performing a role within a presentation.

The Resistible Rise Of Arturo Ui is a is also a consciously highly satirical allegory of Adolf Hitler in Nazi Germany, whose rise Brecht represented in parallel to that of Ui. All the characters and groups in the play had direct counterparts in real life, with Ui representing Hitler, his henchman Ernesto Roma representing Ernst Röhm, Dogsborough representing Paul von Hindenburg, Emanuele Giri representing Hermann Göring, Giuseppe Givola representing Joseph Goebbels, the Cauliflower Trust representing the Prussian Junkers and the fate of the town of Cicero standing for the Anschluss in Austria.

Dramatically it is in keeping with Brecht's Epic style of theatre, the scenes opened with prologues written in the form of a direct address to the audience explaining the basis of the upcoming plot, allowing the audience to better focus on the message than the suspense of what may happen next.

In preparation the students had been rehearsing the play over the last five weeks especially given the lengthy enactments involved. They also studied the techniques and conventions of political theatre and researched the history and factors surrounding Brecht’s writing of the play and Hitler’s rise to power in Nazi Germany. While the play is written as a mobster allegory, the students also practiced using American and sometimes specifically gangster accents.

Staged in the College Drama Suite 1, the students made full use of the compact venue through the Town Hall and courtroom scenes spilling out from the stage and carefully placed characters peppered amongst the audience seating; the dim lighting was particularly effective in this setting. The great casting, script with a difference, intensity of delivery and authentic Mafioso drawls left the audience feeling that this was a great night of theatre.

With thanks to Drama Teacher, David Sheehan 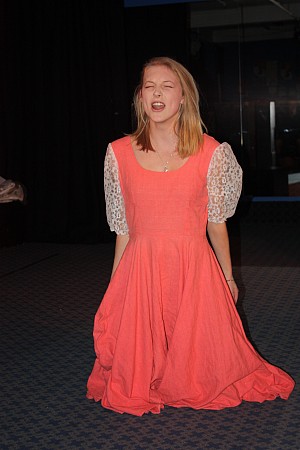 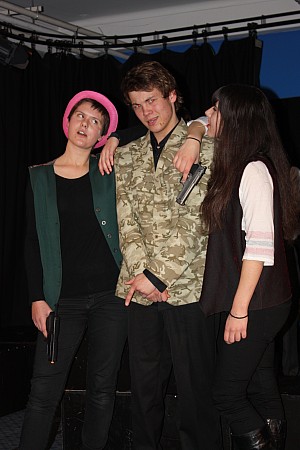 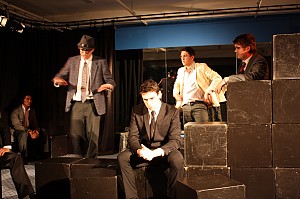 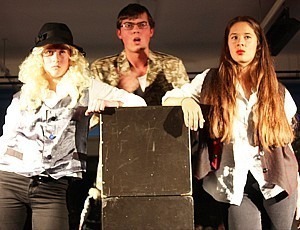 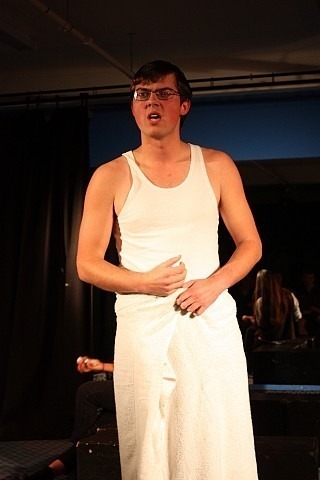