With much practice racing down the Boys’ School driveway to hone their skills behind the wheel, our Girls’ School SoapBox Derby Team were excited at the prospect of Race Day. The day proved to be amazing as they raced for the first time in the Auckland SoapBox Derby competition. Thirteen schools were competing for line honours and the Girls’ School were the only all girls’ team on the race track. Each school team had four drivers who raced three times each in the qualifying rounds, supported by their pit crew who were responsible for all pre-race preparation including weighing, carrying and positioning the race car on the starting ramp.

The final results from this great day of racing named the Saint Kentigern Girls’ School Team as Second Runner Up and winners of the Best Team Award! Emilia Radisich was awarded the fastest driver for our team. Our team also qualified for the National Competition to be held on 7 April in Whangaparoa.

Our sincere thanks to the wonderful support from team parents and staff and to the Saint Kentigern families who came along on the day and cheered on our girls. Special thanks to Warren Frazer, Paul Radisich, Deborah Laffoley and Sue Mosen for all your time and effort getting our SoapBox Derby team on the race track! I would also like to acknowledge the generous support of our sponsors: Brad Mosen from Black Label Design for painting and signwriting; Marcus Motors and Aegis Oil for purchase of the race car kit; and Sulco Tools for donation of a comprehensive tool kit. 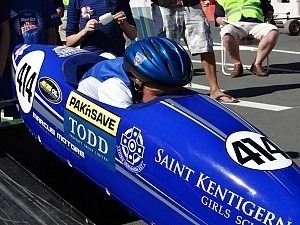 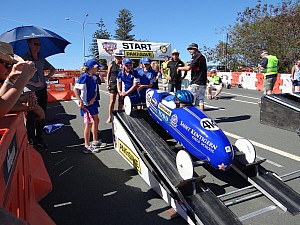 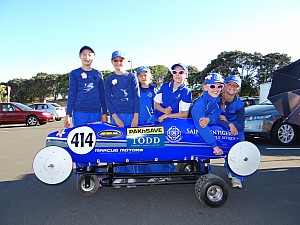 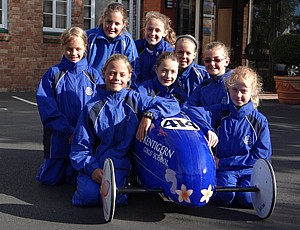 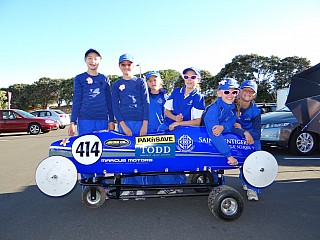 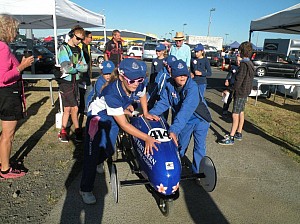