Ivan is a tenor and has been performing in Saint Kentigern’s Choirs, Menasing, Massed and later Kentoris for the past five years. He was selected from more than 250 singers to be part of the New Zealand Secondary Schools Choir and will be touring alongside 59 students from around the country, aged 13 to 18. The choir performs a wide variety of works, including some from New Zealand's top composers and tours the globe every second year, usually to attend choir festivals. This year, Ivan will be travelling to Hong Kong and to Germany where he’ll perform at the International Choir Festival in Dresden.

Daniel plays the bassoon and has been performing in Saint Kentigern ensembles for the past four years. He was selected to be part of the New Zealand Youth Symphonic Winds from a pool of hundreds of under 24 year old musicians, from around the country. This year, Daniel will be performing at the New Zealand Youth Symphonic Wind’s annual winter event which is held in Christchurch every July. In preparation for this, Daniel will attend workshops and work alongside some of New Zealand’s top conductors.

These are both significant achievements by two very talented and hard-working students who are reaping the rewards of their work ethic and passion for music..We look forward to hearing them perform later in the year! 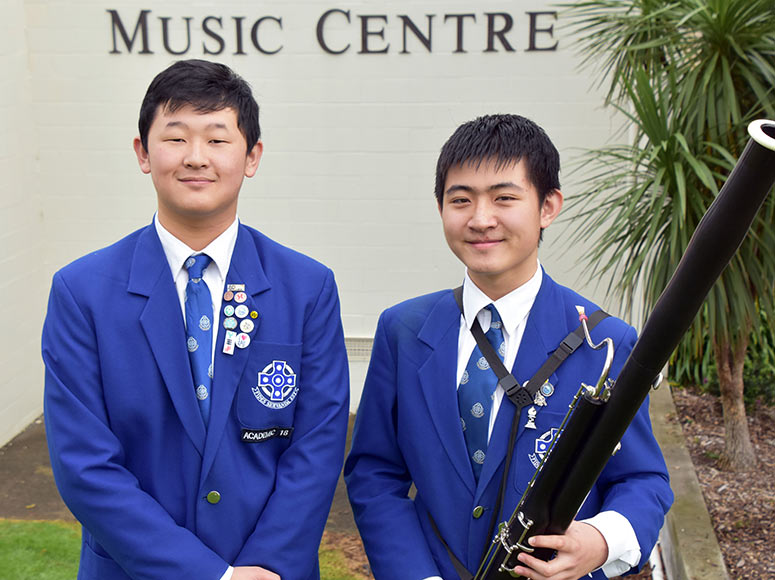