With thanks to Year 13 student reporter, Juliet Sheppard
Opening of the Anne Frank, ‘Let me be myself’ Exhibition  – Auckland Museum

The Holocaust was an act of horrendous racial discrimination and violence. More Jews in Europe were killed during the holocaust than the entire population of New Zealand. Learning about the Holocaust through Anne Frank's diary compels people to contemplate the systematic abuse of Jews and the horrific brutality they faced during World War II under the Nazi regime.

Having received specialist guide training in September of last year, five of our Year 13 students were lucky enough to act as guides at the official opening of the Anne Frank exhibition, ‘Let me be myself’ at the Auckland Museum.

Upon entering the exhibit, I felt a state of awe as I viewed the many pictures of Anne Frank that lined the walls. Escorted by Chris Harris, Director of Education at the NZ Holocaust Centre, we were lucky enough to have an exclusive tour of the exhibition. I felt extremely humbled and touched by the depictions around the room. The statistics accompanying these images added even more weight to the brutality endured by Jews at this time.

In preparation for the opening of the exhibition, we helped welcome a variety of dignitaries; significant members of the Jewish community, including Holocaust survivors, the Mayor of Auckland Phil Goff, and the director of Anne Frank’s House in Holland. After a number of formal speeches we began our journey as guides, answering various questions from the public and engaging in interesting conversation about the exhibit.

For me this was a once in a lifetime experience and even though I have no family history directly connecting me to this exhibit, it resonated with me. It was very powerful and the connections to prejudice and oppression today should be seen and understood by everyone. We all have the opportunity to learn from history and I am extraordinarily proud to have been able to do this through the exhibition, ‘Let me be myself.’

Following are some thoughts from the other four students who attended the opening.

Kristen: ‘Students will grow as a result of learning Anne Frank's story as it will allow them to understand the severity of discrimination under the Nazi regime and awaken them to the serious nature of racial discrimination. ‘The Diary of a Young Girl' holds significance in my life as it helped me overcome personal struggles with racism. I hope that members of the public will reflect on her story thus moving us one step closer on the path to a world free of racial discrimination.’

Isaac: ‘An incredibly enjoyable event, the people that we met at the opening were extremely easy to talk to. The exhibition was also very humbling and the detail was amazing; the experience was something to treasure for a lifetime.”

Daniela: ‘The exhibit was extremely well planned out, with panels of text explaining the life story of Anne Frank. It was an amazing experience to guide members of the public through such an interesting exhibit and explaining to them how the prejudices similar to that Anne felt, still need to be combated today.’

Katie:  ‘I thought the event was incredibly powerful and moving. It was a great learning experience. I thought it was less of an exhibition and more of a symbol; the discrimination of the past is still present today and we must never forget that.’ 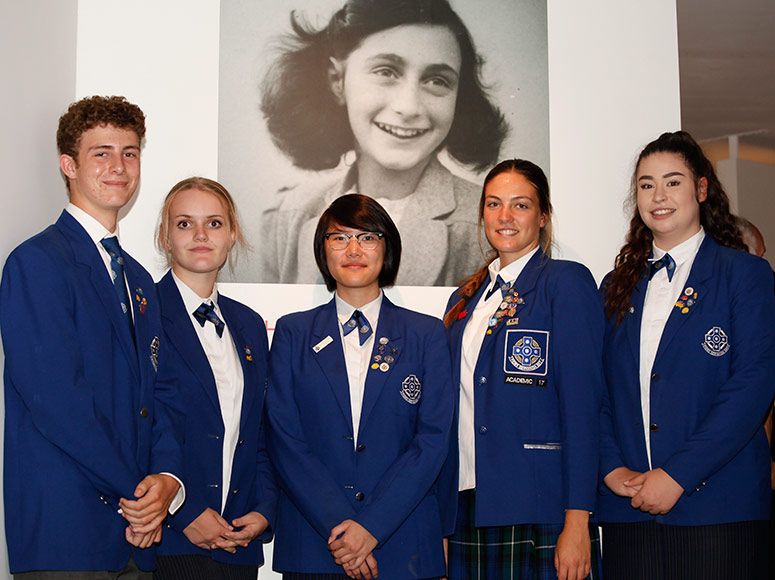 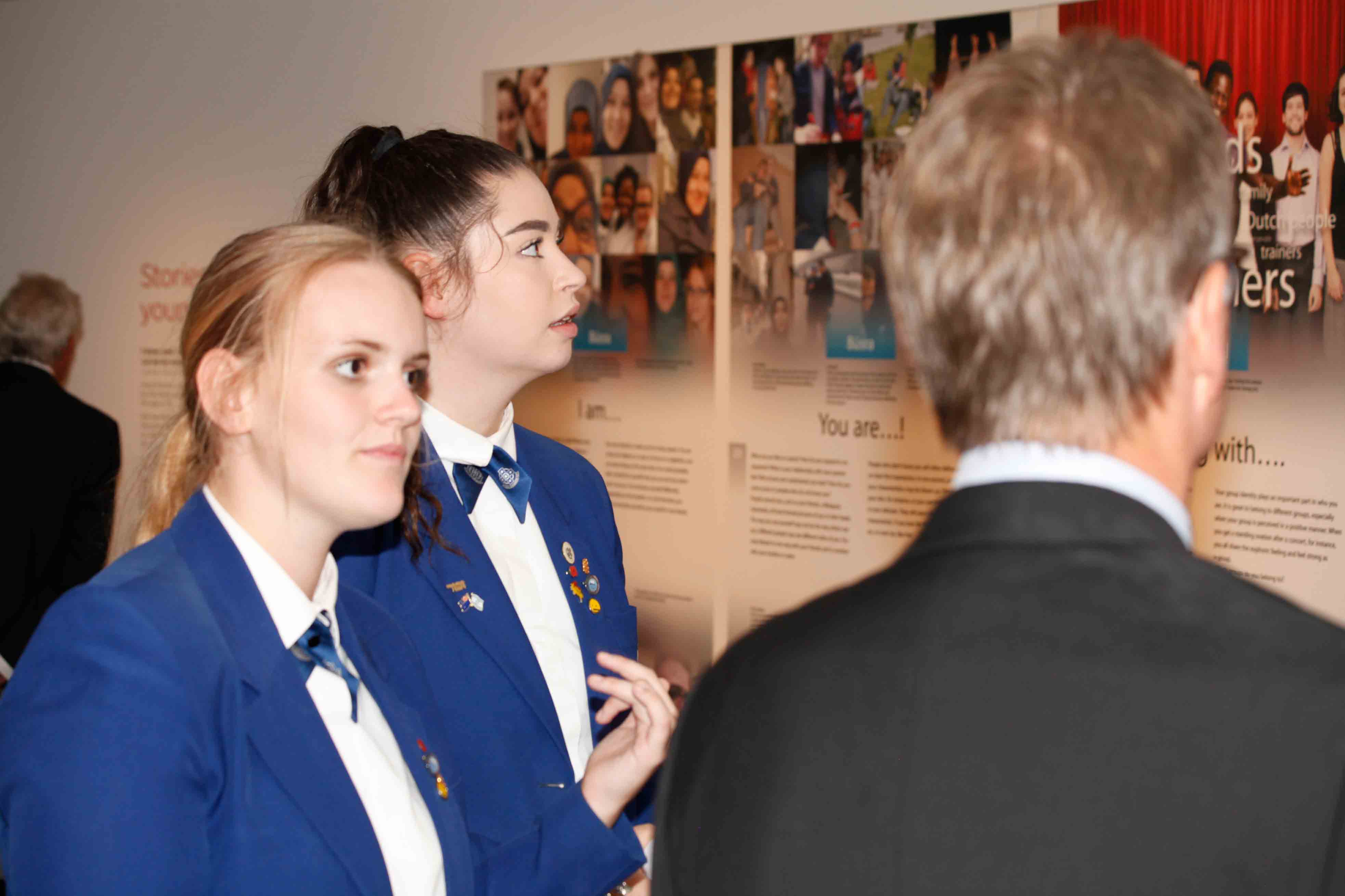 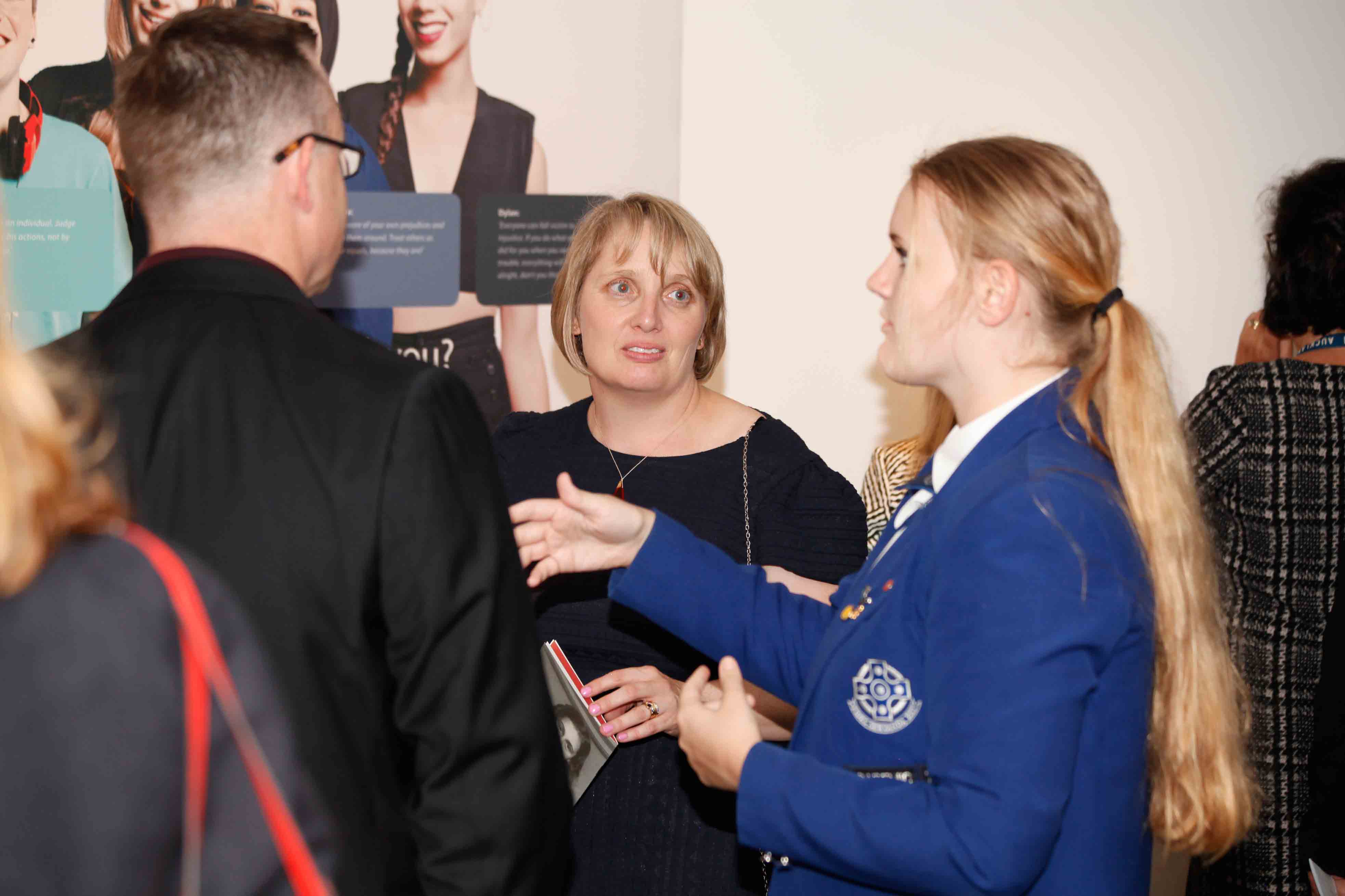 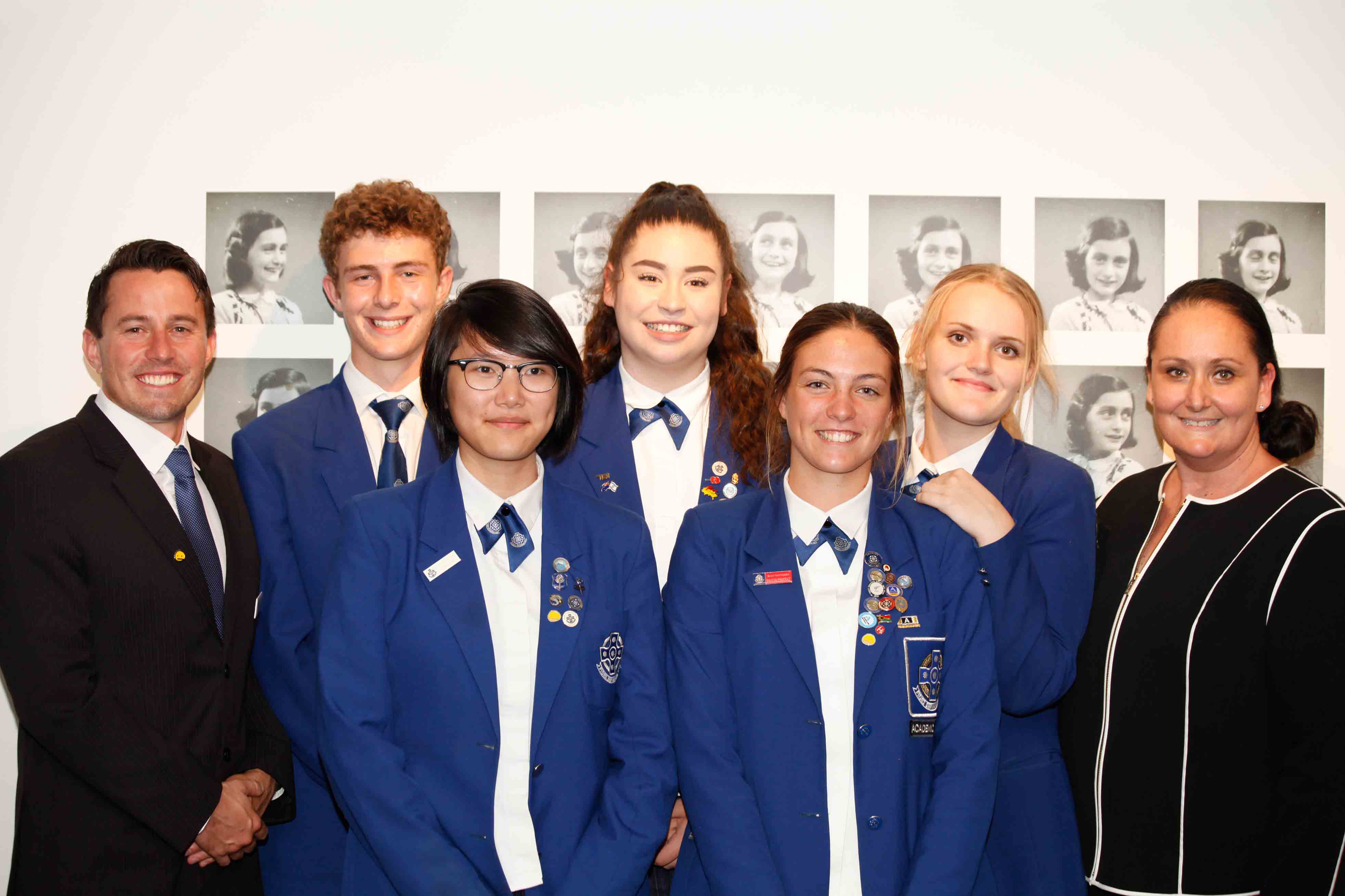 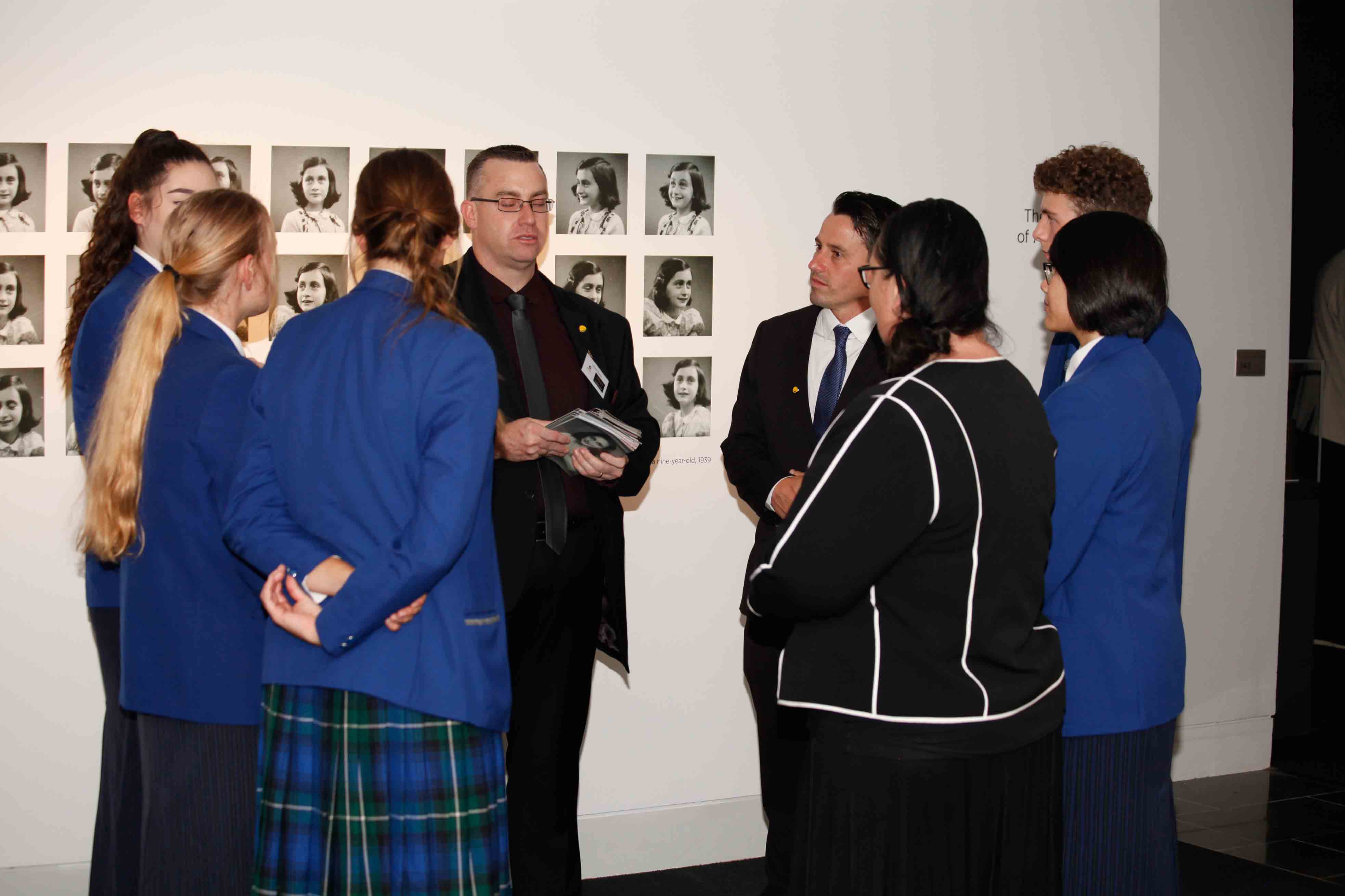