MUNA replicates the actual United Nations Assembly where delegates from 192 counties come together to discuss, and potentially act on international issues. It is an event for students interested in global issues and provides an opportunity to meet and network with other like-minded students.

With thanks to student reporter, Henry Ewen

Thirty Saint Kentigern and St Cuthbert’s College students came together in the Goodfellow Centre on Sunday for a meeting of the minds at a Model United Nations Assembly. They were also witness to a debate between five candidates in the upcoming general election in last Sunday.

The event was opened by Saint Kentigern Year 12 student, Henry Ewan along with St Cuthbert’s Year 13 student, Alexandra Briscoe. After some ice breakers, the students launched into their first committee session focused on internet governance resolution. Each student was assigned a country to represent and speak on behalf of, as if in the UN General Assembly.

The students were given a real show of wit and banter, following which, the students were divided on whether the age should be lowered. Following lunch, the students moved onto the second committee session on nuclear non-proliferation. This committee session was equally as successful as the first and was followed by the third session on refugee status, with insightful input from St Cuthbert’s students, Olivia Cen and Francesca Orchard-Hall.

We would like to  thank all the delegates who came to give this interesting event a go, as well as to the Saint Kentigern College teachers, Mr Navarro, Mrs Watts and Mrs Nugent, who provided much support and oversight, which contributed significantly towards the success of the day. 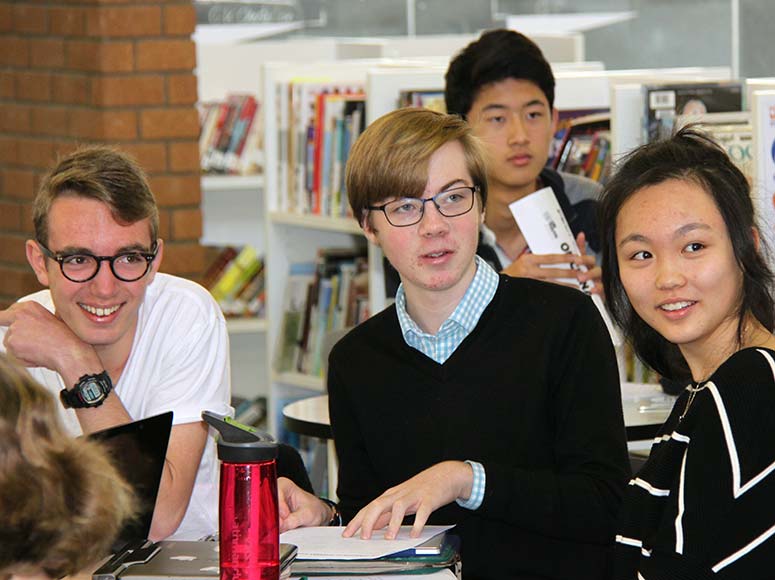 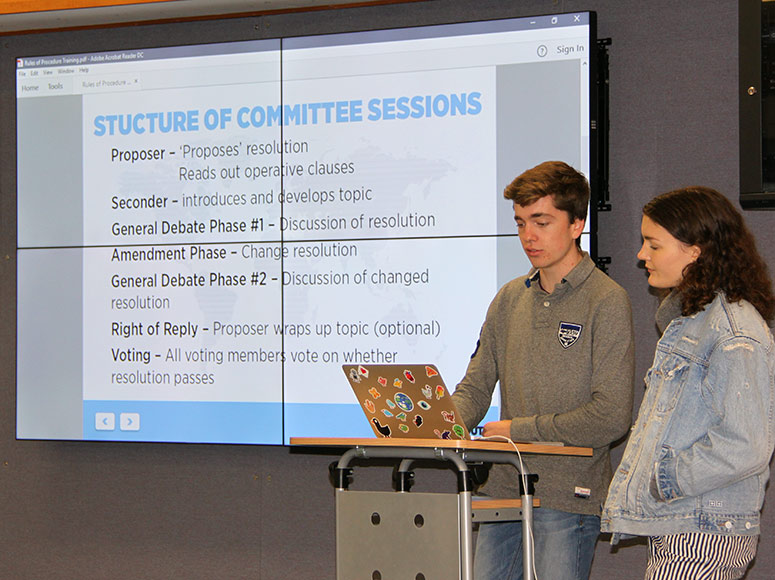 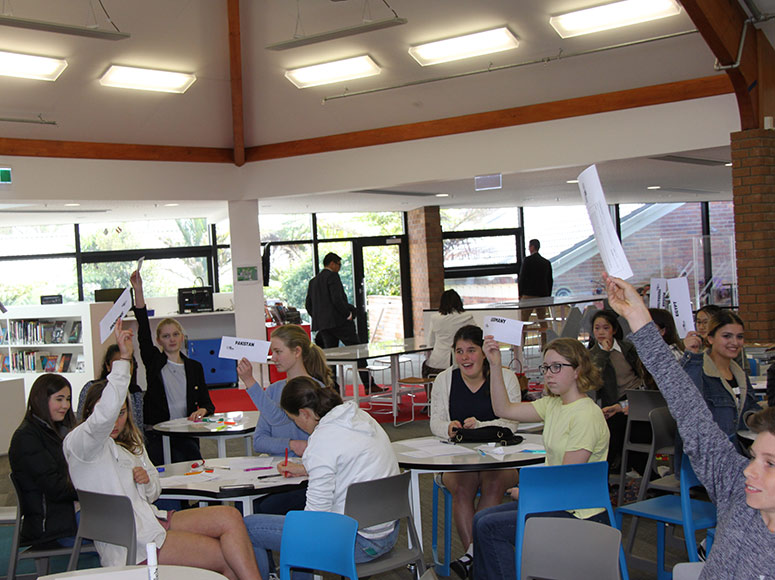