Is a Spider an Insect?

If you have any questions about whether spiders, millipedes, snails or slugs are insects, try asking a Year 3 boy at the Boys’ School. He will be quick to tell you that none of them are insects, as insects have three body parts – a head, a thorax and an abdomen, along with six legs.

You will also learn that  spiders belong to a group of animals called arachnids, along with scorpions, mites, and ticks – they are all creatures with two body segments, eight legs, no wings or antennae and are not able to chew. Millipedes are a group of arthropods but they have two pairs of jointed legs on most body segments; they are known scientifically as the class, diplopoda. Slugs and snails, meanwhile, belong to the phylum mollusca and are more closely related to octopi than insects!

Visiting scientists, Morgane Merien and Nic Charlton were most impressed with the boys’ knowledge! A member of the Entomological Society of New Zealand, Ms Merien is currently studying for a PhD; her specialisation is how various invertebrates use camouflage as protection. Mr Charlton has a PhD in Bumblebee ecology and a Masters in Entomology. He also volunteers at Auckland Zoo helping take care of the wetas, in particular, the large wetapunga, in their specialised enclosure.

The boys’ current unit of study is focussed on minibeasts, and the classroom walls are adorned with amazingly intricate pencil drawings of bumblebees, along with writing that has been captured in honey comb structures. Factual books abound and the boys very clearly know their subject matter! However, Ms Merien told the boys there is always more to learn. Whilst 1.5 million insect species have been named, entomologists know they have only scratched the surface of the world’s insects – so there are plenty more for our boys to discover!

They also learnt a new fact, of the variety boys love to learn – ‘There would be a lot more poo in the world without insects!’ For not only do insects have important roles to play as pollinators, natural enemies and part of the food chain, they are also brilliant decomposers, put simply, they eat poo!

Our visitors brought a display case of insects, along with magnifying glasses for closer inspection, but of even greater interest to the boys was the live exhibit – a range of stick insects! Most were brave enough to hold out their hands for a closer inspection!

Our sincere thanks to Ms Merien and Mr Charlton for sharing their knowledge. The boys are clearly loving this unit! 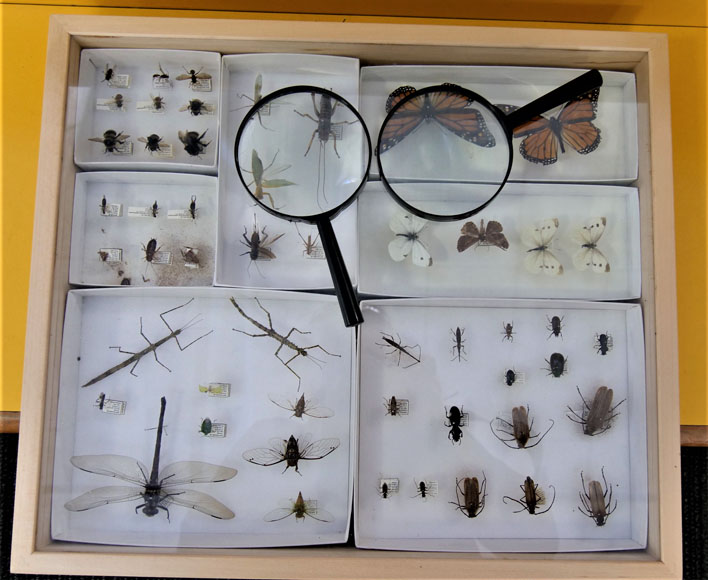 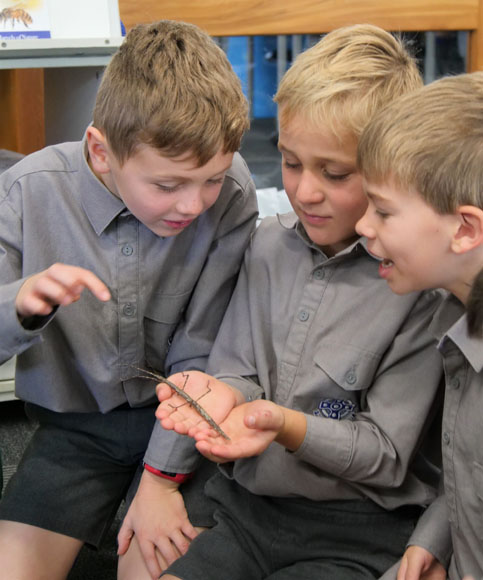 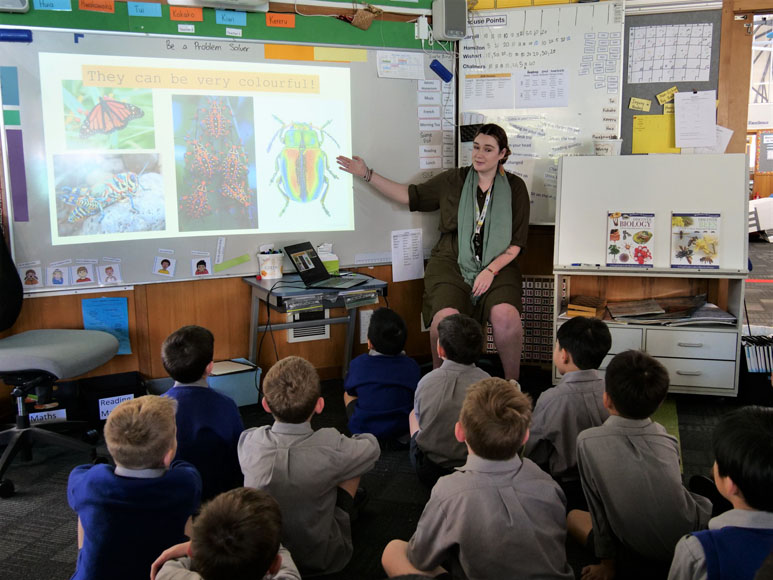