Topics set for the Senior School Speech Competition held in the College Chapel this term were not for the faint of heart.

Speeches needed to be at least five minutes long and were based on a range of challenging topics, such as Thomas Paine’s belief, "That which we obtain too easily, we esteem too lightly. It is dearness only which gives everything its value." Or, Winston Churchill’s idea that, “The price of greatness is responsibility.”

This year the winner of the competition was Sarah Bradley. She spoke eloquently on how women are vastly underrepresented in democratic legislatures across the world, yet she was not convinced that we should introduce positive discrimination to put more women in parliament.  In fact she felt it would possibly do more harm than good.

In second place, Mabel Ye discussed the idea that the pursuit of happiness is a fundamental human right, and in third place, Ishara Dhambagolla persuasively considered how in life, “a little inaccuracy saves a world of explanation.”

These three students produced high quality speeches that made judging difficult. They are to be commended for their efforts and recognised with Letters of Commendation from the College.

Mrs Rebecca Stewart, currently on parental leave from the College’s English Department, kindly stepped in to judge the speeches.  The speeches were judged on the ideas developed, the language used and the engagement with the audience.

Full versions of their speeches can be read on the English Department OLE page.

With thanks to English Teacher, JoAnn Wordsworth 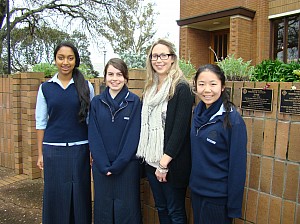 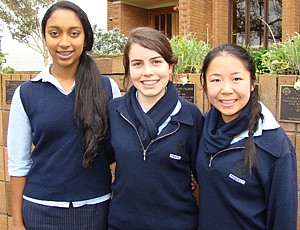