Last Thursday evening we were treated to an entertaining evening of poetry, prose and drama. Many of the Saint Kentigern Girls’ School private speech students are sitting Trinity College and Speech N.Z examinations over the next week.
The concert provided an opportunity for students to showcase their exam pieces.

There was a diverse range of pieces performed, from Year 4 students, new to private speech sitting their initial exams this year, presenting humorous poems to talented performers from Year 8 students sitting Grade 4 this year. The evening’s tone was set by Madeline Carpenter sharing a Spike Milligan poem, ‘The Vege Lion,’ describing a lion that couldn’t stand to hunt animals so decided to eat carrots instead, as ‘they were easier to kill, as they all remained quite still.’

A range of passages were shared from serious thought-provoking books like ‘Wonder’ and ‘Prisoner B-3087’ to fun passages from Harry Potter and Roald Dahl’s ‘Matilda.’ Ava Darbyshire made the audience giggle with her passage where the Trunchbull picks up a boy by the ears. Rebecca Webster brought Hagrid the Giant to life using a large deep voice from ‘Harry Potter and the Philosopher’s Stone.’

We also had a range of characters and scenes presented. Mary Stanfield and Zoe Nel shocked the audience with a scene titled ‘The Naughty Girls’ with its dramatic ending. Eva Colyer entertained as a pop singer with no talent, she’d been rejected on a version of ‘X Factor.’ Her terrible singing and dancing had the audience laughing. Kate Frazer set a sombre tone with her performance of ‘Little Match Girl.’ There was a collective sigh from the audience at the end of her scene when the Little Match Girl died.  Abigail Mills was unrecognisable creating the character Violet Beauregard with a fabulous costume and attitude. One of the highlights was a scene between Anastasia Mulcahy and Rachel Black, acting as mother and daughter having an argument. Rachel acted as the frustrated mother perfectly infuriating the daughter with her unsympathetic responses to her teenage dramatics.

Everyone left feeling they’d been entertained by a highly talented group of young students who all loved the opportunity to perform and share a different of themselves with the audience. 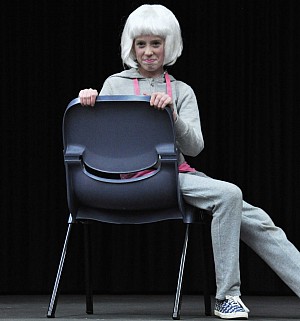 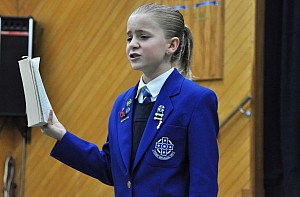 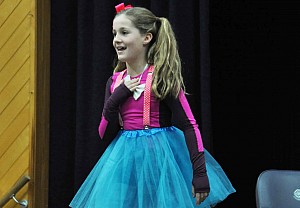 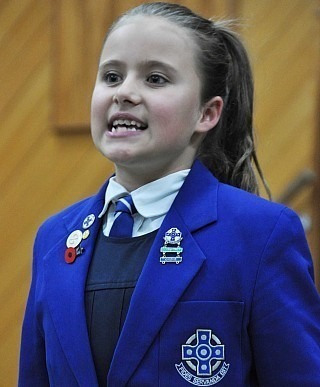 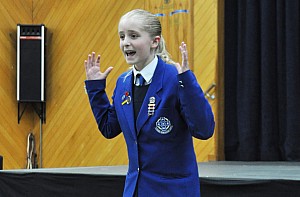