Following on from our Science Symposium, a select group of young scientists from our Senior School presented their science projects for judging at the 2014 Auckland NIWA Science and Technology Fair in August. Their projects were put on display alongside top projects from over 30 schools within the central Auckland area. We are delighted that ten of our boys were recognised with awards with three of the projects being singled out for special awards.

Sawyer Tang and David Bates were jointly awarded the Dairy New Zealand Special Award for Excellence in Biology in the Year 7-10 category. Entitled, ‘Noxious Nitrates,’ their project investigated nitrate development in soils from the application of cow urine.

Jett Robertson was awarded the Year 7-8 'RIMU Auckland Council Award for 'Planet Earth and Beyond' special prize. His topical investigation, ‘How polluted is the air we breathe in Auckland?’ measured and compared air pollution around Auckland City.

Alex Collier’s project, ‘Hybrid Hazard,’ investigated the noise levels of Hybrid cars and their safety aspects. Selected from all projects in the Years 7-10 category, he was awarded the 'Transport Auckland Council Scientist for a Day' special award. This is the second year in a row that this has been awarded to a Saint Kentigern student.

Gabe Ross and Oscar Kingan for’ Fussy Fish.’ These young scientists designed and constructed a purpose-built feeding device to test the feeding preferences in fish from their local wharf.

Joshua Druskovich for ‘Wicked Wifi.’ This was a project that tested the effects of a wifi router by germinating seeds at various distances from the wifi device.

Henry Copley and Jonte Samuels for ‘Extracting Salt,’ a science investigation that tested and compared the salt levels of the sea water in New Zealand and the Pacific ocean.

Thomas Coulter for ‘Hot or Not,’ a scientific investigation that tested the effects of biological and non-biological powders with hot or cold water on a variety of stains.

Congratulations to all these students! 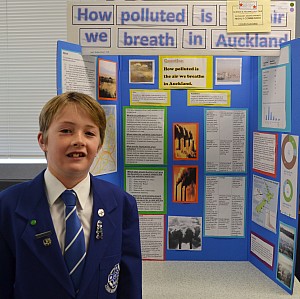 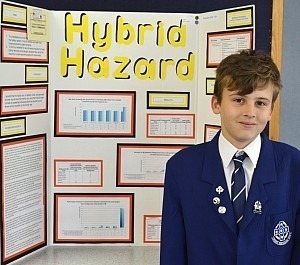 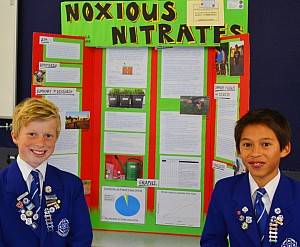