SKC's Got Talent in Abundance!

There was a great turn out on Friday night for our own home grown talent show, hosted by Year 13 MC’s for the evening, Alice Purdon and Aaron Leung. Alice and Aaron kept the evening rolling along as they introduced the judges and each of the eight finalists. We were promised an evening of great performances and talent in abundance – they were not wrong!

One of the highlights of Arts Week, this was a student-led initiative spearheaded by Caitlin Houghton and Steel Strang from the Arts Council. The eight finalists for the evening had been selected by the students themselves from across the age range, after a number of auditions leading up to the night. Actors, singers and dancers gave it their all as they competed for the coveted titles.

Old Collegian, Manase Latu returned to judge alongside Head Boy, Oliver Hadfield and Head of Drama, Ms Emma Bishop. Manase, a former College Arts prefect, is well remembered for his own talent as an emerging tenor who has gone on to pursue his passion studying music.

While the judges were deliberating the entries, a final guest performance took to the stage. Jokingly introduced as having missed out on a spot in the finals for ‘lack of musical talent,’ the trio of Dayna Chung, Darius Andreas and Liam Roberts hammed up ‘Stay’ by Rhianna, bringing the house down!

With the wait over, the announced winner for the evening was accomplished Year 12 dancer, Rachael Lewis whose performance was mature and moving, winning her the title, the trophy and $100.

Second place went to Year 7 student Daniel Huang on the piano playing ‘Impromptu Op. 90 No. 2’ by Schubert. Whilst Daniel may be diminutive in stature, his ability to play from memory was incredible! In third place was Year 9 student, Venice Qin who loves to sing. The bubbly performer who enjoys show music sang ‘Good Morning Baltimore’ from the musical, ‘Hairspray.

And the People’s Choice Award? Appealing to the largely student audience, the vote went to the trio ‘lacking musical talent’ - Dayna Chung, Darius Andreas and Liam Roberts. Although to be fair, Dayna on piano had bucket loads of talent, it was the boys won’t be giving up their day jobs to sing!

The evening was much enjoyed by all involved and the finalists were a strong cross section of the range of talent amongst our College performers. Our thanks to the Arts Council for all their work to make this happen. 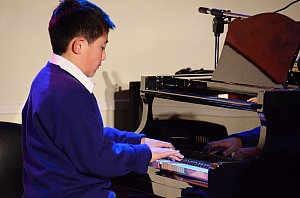 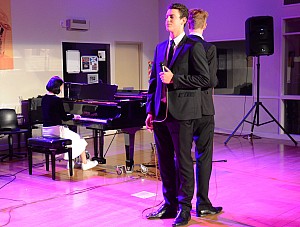 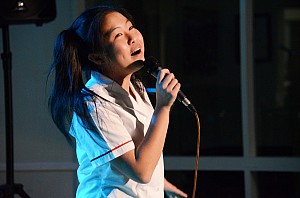 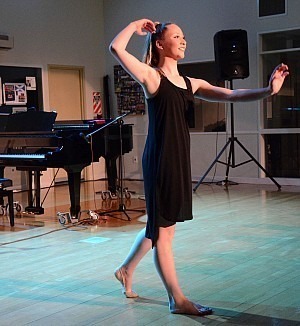 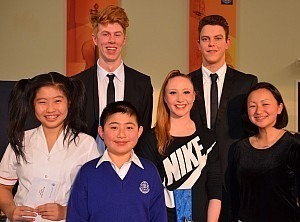