Young Sportsperson of the Year Awards

The annual ASB College Sport Young Sportsperson of the Year Awards were held last night at Eden Park to honour the best student athletes in Auckland across the 32 sanctioned college sports. The top three students across Auckland are selected as finalists in each sport culminating in an overall sports person of the year. This year the College was pleased to have 10 students selected as finalists.

To receive an invite to these awards is an honour as it means the student has been noted during the season as one of the top three players in their chosen sport from every secondary school in the Greater Auckland Area.

Over 600 people attended the event and it was a proud moment for the students, their families and the College when the winners were announced. At the end of the night, out of all the winners of each sport, finalists are named for overall Sports Person of the Year.  Seven boys and six girls were named as finalists and it was great to have Sam Nock (rugby), Richmond Lum (hockey) and Maia Jean Watene (all rounder) named as nominees. 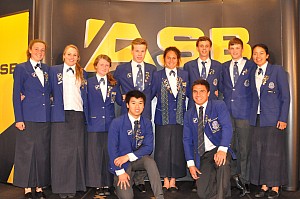 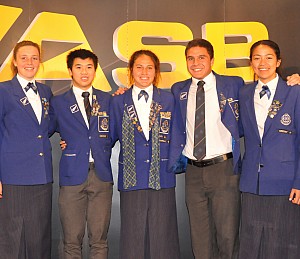