In the splendour of the Holy Trinity Cathedral, choirs from each of our campuses, along with a visiting choir from Geelong College, Australia, came together last night in a celebration of song.

Earlier in the week, the Boys’ School had welcomed the Geelong boys’ choir and together, they have spent time in workshops and rehearsals to learn from each other and share their music-making. In true ANZAC spirit, our visitors also joined in this week’s ANZAC Service.

The Jazz Ensemble entertained while guests arrived, then Boys’ School student, Oscar Horton and Geelong College student, Ted O’Malley shared the role of MCs for the evening, and did an excellent job as continuity presenters, explaining about each musical item in turn.

Crowded House number, ‘Better be home soon’ was chosen as the opening song by the combined Boys’ School and Geelong choirs. This was a new song they had worked on together during the week, setting the tone for a wonderful evening of song.

The Geelong choir stayed on stage for the following two items. ‘Innay’ is an aboriginal lullaby from the Northern Territory of Australia and, taking the Kiwi audience by surprise, the haunting melody was accompanied by Mr Thacker on the didgeridoo! This could possibly be a first for the Cathedral! The second song, ‘And the Band Played Waltzing Matilda’ was written by Eric Bogle, an Australian born singer/songwriter as a tribute to the ANZACs; a fitting reminder of the hardships of the war at this time of remembrance.

The Girls’ School Kapa Haka group were next to the stage to present two songs: ‘Rona’ and ‘Toia mai te waka.’ Rona speaks of the legend of Rona and the moon, whilst Toia Mai te waka nei is the second verse of a song that master carver, Piri Poutapu composed after he was instructed to build seven carved waka representing the people of the seven principal voyaging canoes that arrived in Aotearoa from Hawaiki. The girls gave an exceptional performance.

Year 8 student, Charles Adams has a keen interest in singing and has been a lead soloist at the Boys’ School for a number of years. He was joined by Keiran Lane from Geelong to sing Hine E Hine, a traditional Maori lullaby, in duet.

The Boys’ School Performers’ Choir followed with arrangements of two well-known songs. The first, the ‘Seal Lullaby’ by contemporary American composer, Eric Whitacre, sets a Rudyard Kipling poem. In a change of style, they next sang ‘A Million Dreams’ made popular from the recent movie, ‘The Greatest Showman’ with George Wilby and Oscar Horton as soloists.

Saint Kentigern’s Premier College Choir, Kentoris, has been working with a new Choral Director, Dr Jared Corbett this year. Accompanied by Juan Kim, they sang two songs from their current repertoire. ‘Darling Johnny O’ is a New Zealand folk song, arranged by Christchurch composer Richard Oswin. A poignant love ballad, the piece portrays the plight of Johnny lost at sea. Their second item, ‘Lullaby’ by American composer, Daniel Elder was a simple song of reassurance and comfort for those who grieve over loss. They sang in stunning harmony.

The evening finished Yusaf Steven’s ‘Father and Son’ sung by all the students as one. The song was chosen in remembrance following a recent loss of a friend to cancer. To honour his memory, proceeds from the concert will be donated to The Malaghan Institute for Medical Research, a leading, independent biomedical facility that undertakes cancer research.

‘Sing a New Song’ brought our own Saint Kentigern communities together to share time with our visitors from Australia. Dr Phillip Bohun, Director of Music from Geelong College said that he had enjoyed ‘sharing our time with you and making connections that only music can enable!’ 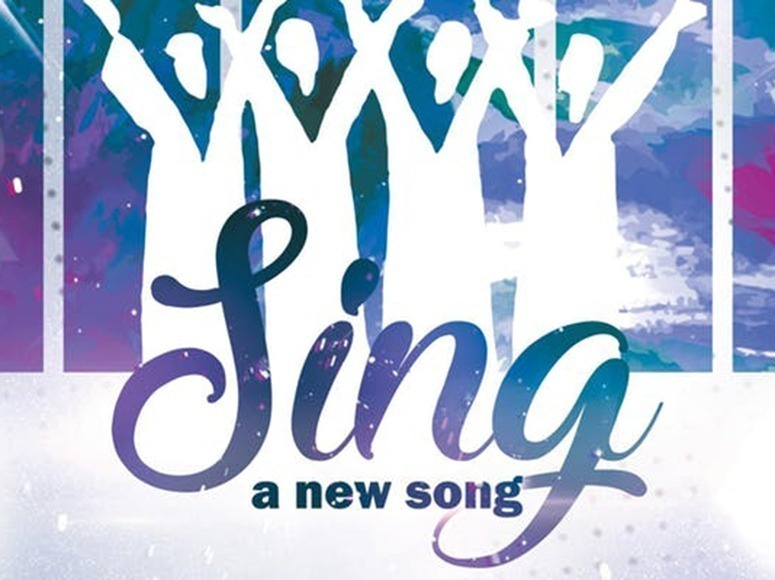 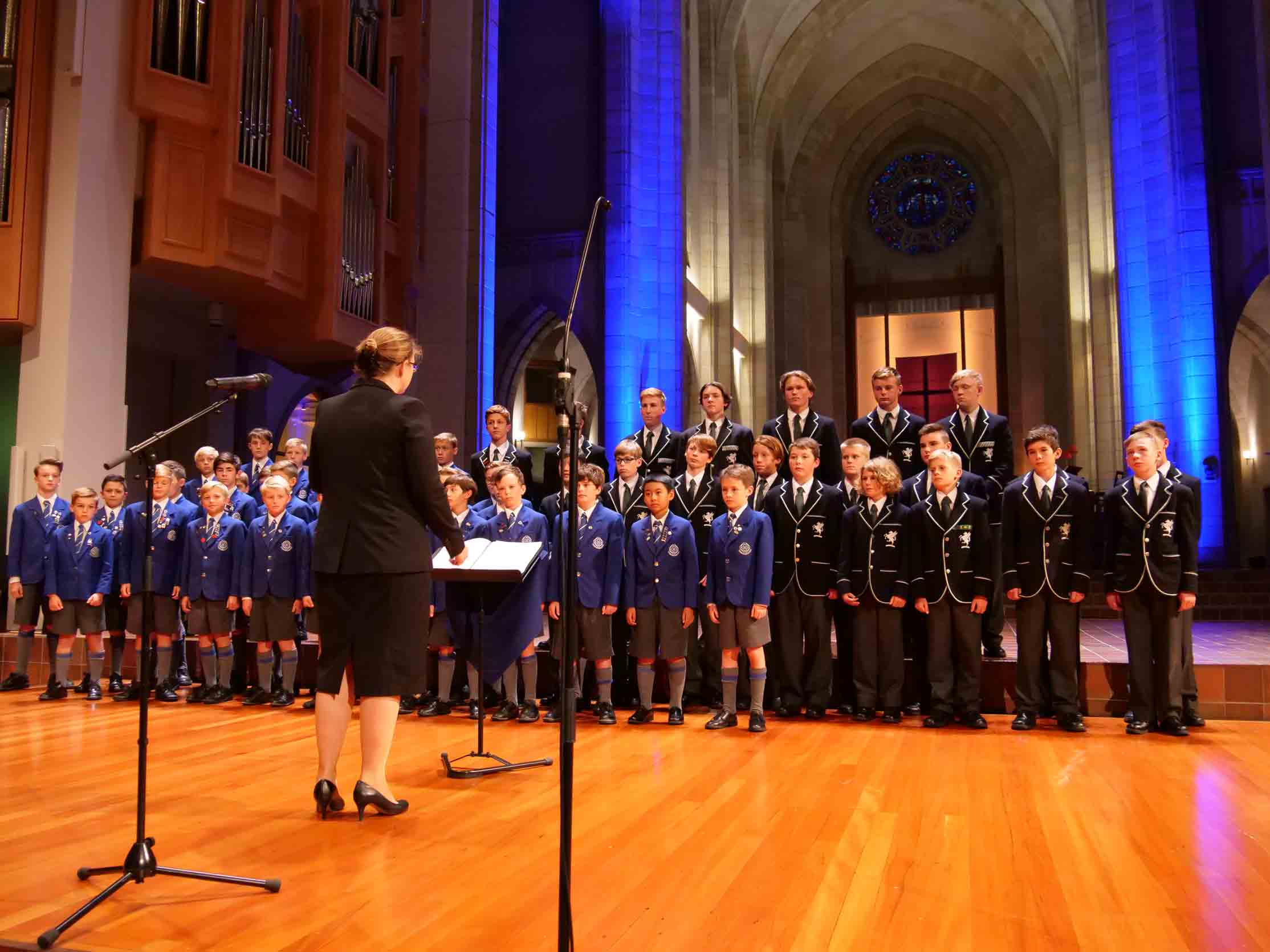 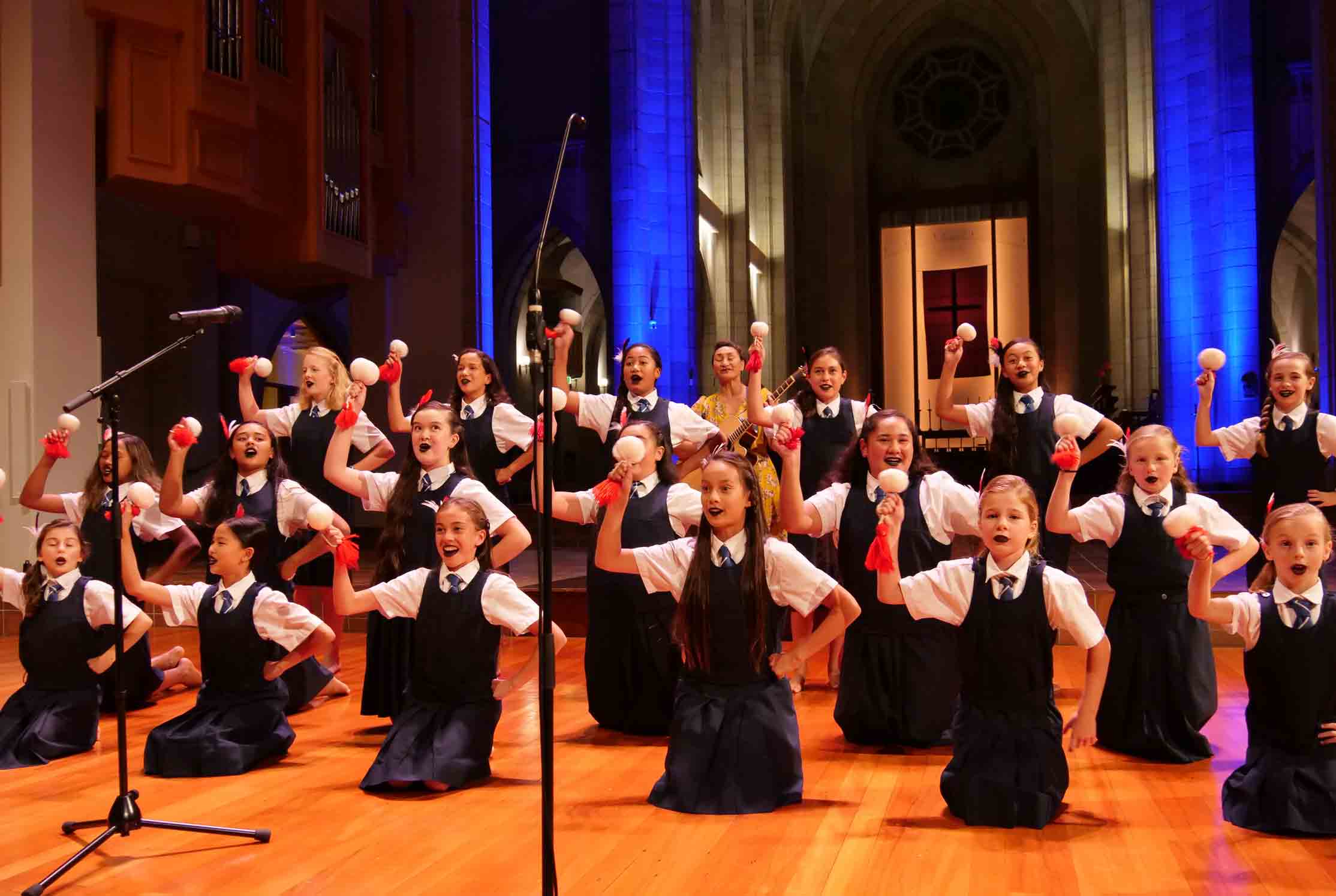 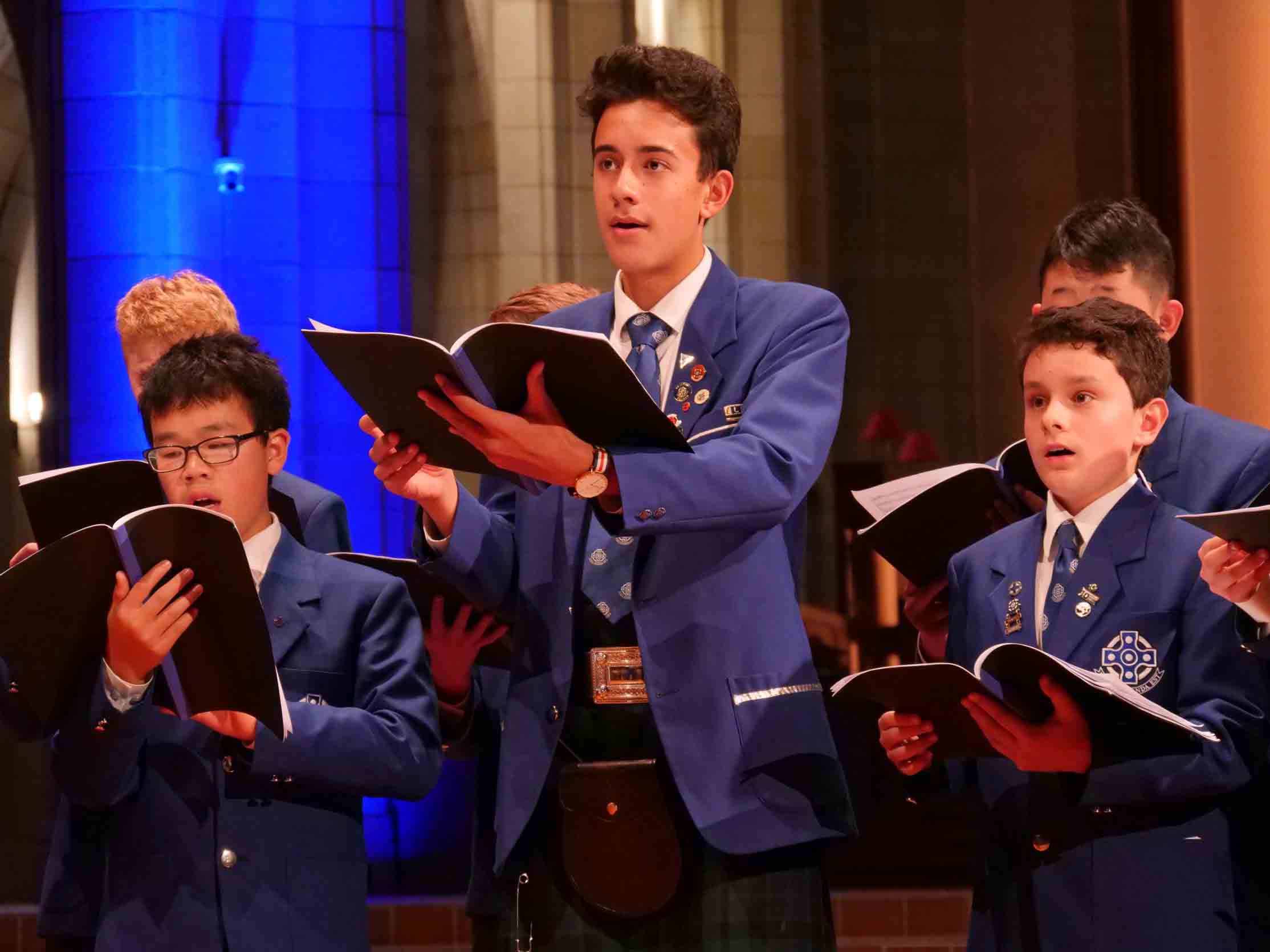