It was smiles all round at last night’s Gala Concert in the Town Hall at the conclusion of this week’s NZ Choral Federation Kids Sing Festival – all three of our Primary/Intermediate choirs were awarded silver!

This was the second time on the stage that day for the Performers’ Choirs from the Girls’ and Boys’ Schools and ‘A Minor’ from the College. Earlier in the day, hours of practice were finally put to the test when each choir stepped forward to sing before a public audience and the professional ear of the adjudicator, Steven Rapana.

This year, each school was required to sing three songs: a test piece, a piece by a New Zealand composer and one ‘other’ song chosen by the school. The test piece for all schools this year was ‘The Moon,’ a lyrical piece by Andy Beck with wonderful long phrases and a lovely melody that each of our choirs performed beautifully.

The Boys’ School were the first to perform in the morning, beginning with the lively ‘Shake the papaya down’, an adaption of a South American work song in three parts. This was delivered with actions and accompanied by a percussion group and talented Year 8 student, Anthony Gu on the piano. Their New Zealand piece was ‘Royals’ a recent hit for young singer/songwriter, Lorde, a song that won a Grammy award last year.

The Girls’ School Performers’ Choir opened with their New Zealand piece, ‘May God Bless You’, a blessing especially written for the Girls’ School with lyrics by Rev Reuben Hardie and music by Chris Artley. (Chris was the last Music Director of Corran School before it merged with Saint Kentigern and we thank him for collaborating with Rev Hardie on this special piece.) The girls’ third piece was The Three Little Fishes, a Southern children’s song written in 1939. While it was a #1 hit in 1939, it has also been sung by the Andrews sisters and Madonna.

The College choir, A Minor (Years 7-8) chose Karu Karu for their New Zealand piece, a waiata that originated in the Cook Islands and tells of the quivering, trembling and rippling in the water just before a fish is caught.  Their final piece was the light-hearted children’s song, ‘I bought me a cat’ by Aaron Copeland, featuring the strange noises animals may make!

The adjudicator told the students that each time they walk on to a stage, to think about how much they love singing; it will make a difference to the way they perform. He said that in his judgement, he was looking for their dynamics, tempo changes and in particular, energised singing!

At the Gala Concert, each choir sang their two chosen pieces before all joining in a mass recital of the moving test piece. This was a glorious way to finish a fabulous day of choral singing.

KIDS SING
Kids Sing is an annual event organised by the NZ Choral Federation that encourages Primary and Intermediate school choirs from around New Zealand to take part in regional festivals designed to give children and their conductors an opportunity to perform in a supportive environment and receive constructive feedback. Many schools take part each year as primary school conductors come to realise that superior outcomes can be achieved through the teaching and nurturing of basic choral techniques. 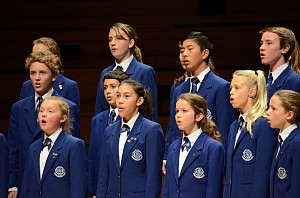 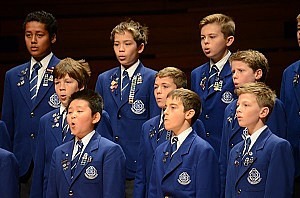 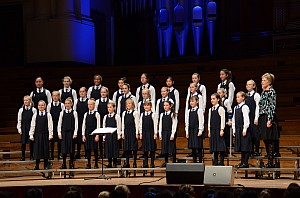 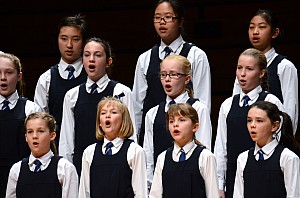 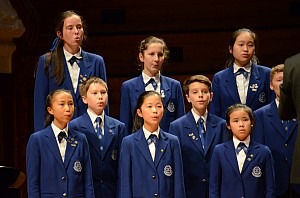