Following on from Shake the Quad, last week’s outdoor evening of 5 minute scenes from Shakespeare, our young thespians went on to take part in the regional Sheilah Winn Shakespeare Festival held at Diocesan, bringing together a large number of schools to share their talents.

We were delighted to hear that Saint Kentigern received three awards:

‘The Most Original Concept’ went to Hamlet Act 1 Scene 1, directed by student leaders, Rachel Black and Danielle Mayer. In this scene, the 1980’s lovable Ghostbusters descended on a scene from Hamlet to tackle his father’s pesky ghost!

‘The Best Stage Design’ and ‘The Best Ensemble’ went to a compilation from Macbeth, directed by Head of Drama, Mrs Jess Acheson and drama teacher, Yarden Kellerman. The set was a riot of 1980’s disco colours, with the piece played by an ensemble of senior Drama Academy students, also dressed for the 80’s, in stark contrast to the emotional scene played out on stage.

Of note is that a number of these students were also involved in the College Musical, ‘Catch Me If You Can,’ going straight from the Shakespeare competition to the dress rehearsal for the musical opening this week! Well done to all these students! 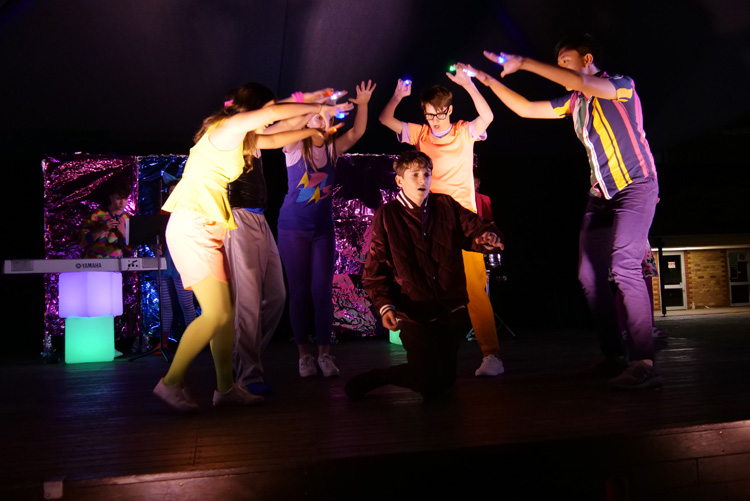 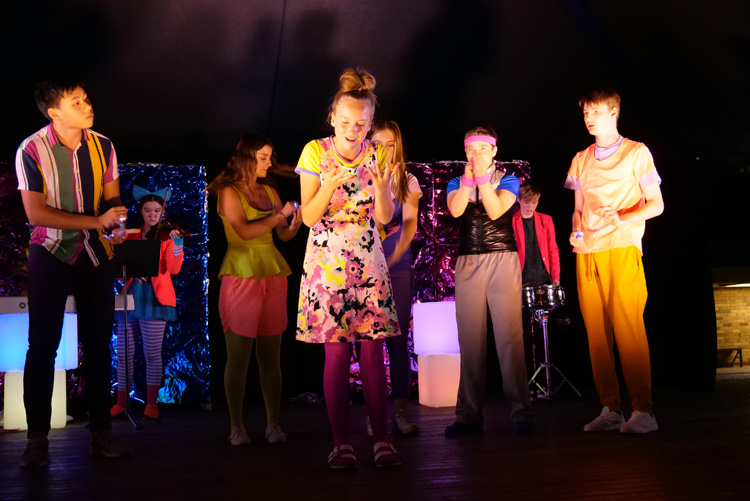