Far from the banks of the River Thames on a busy corner in downtown Auckland, what would the Bard have made of the latest version of Shakespeare’s Globe Theatre? Surrounded by ‘pay and display’ signs and with cranes for a back drop, the Pop-up Globe could not be further removed from Elizabethan England, yet to step inside, is to step back in time.

The first Globe Theatre was completed on the south bank of the Thames in 1599 but came to an untimely end 14 years later when canon fire set the thatch roof alight, burning the theatre to the ground. Construction started on a second Globe the following year, and operated for almost 30 years before the English parliament, led by Oliver Cromwell, issued an ordinance banning all stage plays in theatres, and the Globe was demolished in 1644 during the Civil War.

Fast forward to 2016, the 400th anniversary of Shakespeare’s death, and the world’s first temporary, full-scale, working replica of the second Globe Theatre has ‘popped up’ in a car park behind the Town Hall. The structure contains more than 100,000 individual components, including – in a nod to the project’s Kiwi origins – a corrugated iron exterior cladding! The aim is to recreate, as faithfully as possible, the original performance space, with a large stage that juts out into a courtyard open to the elements, surrounded 3600 by three storeys of covered galleries for a seated audience. The overall sense is one of intimacy, the actors drawing the audience into the action. To add to the authenticity, the actors do not use microphones, just pure voice projection and, as we learned, the acoustics were spot-on.

The Pop-up Globe was a fantastic opportunity for Saint Kentigern students who study Shakespeare to witness a production in a theatre space unlike any other in New Zealand.

Our Year 13s concentrate on a critical study of Shakespeare’s work, considering aspects of gender representation, the patriarchal society and ideas of humanity’s flaws through a lens.  This allows them, as 21st century readers, to gain new insight on these 400-year-old texts. Top stream classes, from Year 9 through to Year 13, experience Shakespeare in a range of forms and learn to work in iambic pentameter to try and recreate the rhythm and rhyme of his works.  By Senior School, full plays are read aloud, enacted for key scenes and captured in dramatic monologues or static images, highlighting the imagery and classical allusions in his works.

The College originally planned to take 750 Middle and Senior School students to see ‘Romeo and Juliet’ but, sadly, a late programme change to the violent ‘Titus Andronicus’, made the material unsuitable for our younger students. Based on the return of a Roman General from war, ‘Titus’ was a tale of bloody revenge. Played on the Auckland stage as a contemporary piece, it promised ‘14 killings, 6 severed members, a live burial, a case of insanity and one of cannibalism, an average of 5.2 atrocities per act’ - in fast-paced action by the seven lead males. In Shakespearean times, this would have been akin to today’s ‘action movies,’ the difference being, theatre goers are drawn into the live action in person, rather than it playing out on screen.

Four hundred years on, Shakespeare remains the most celebrated author in history whose prolific, creative output included 198 pieces, 38 of them plays. Written at a time when schooling was at a minimum, he was a self-made writer who enriched the English language in ways so profound it’s almost impossible to fully gauge his impact. He gave us uniquely vivid ways in which to express hope, despair, sorrow, rage and love.

Students the world over often struggle with the notion of Shakespeare’s archaic dialogue and his complex sentences but when stripped right back, Shakespearian plays are really quite simple; they're stories about human emotion, passion, ambition, jealousy, pride...emotions felt by men and women throughout the ages. Whether it be 1564 or 2016, the themes touch a chord and are as relevant today as the day that they were written.

Following the performance, the students took park in a question and answer session with the cast and the director which enhanced the experience even further. On the return journey to College, the students were abuzz, the play had made an impact and brought their studies into sharp focus. ‘Titus’ had showed ‘how one person’s actions can affect so many – the ripples of vengeance spread.’  Many noted how Shakespeare is far ‘less confusing when seen live, than when read aloud’ and that this performance, which blended ‘the brutality of Shakespeare with modern – at times bawdy – humour, made the story accessible to everyone.’ The Pop-up Globe may be a temporary structure but it has definitely made some lasting memories for our students. 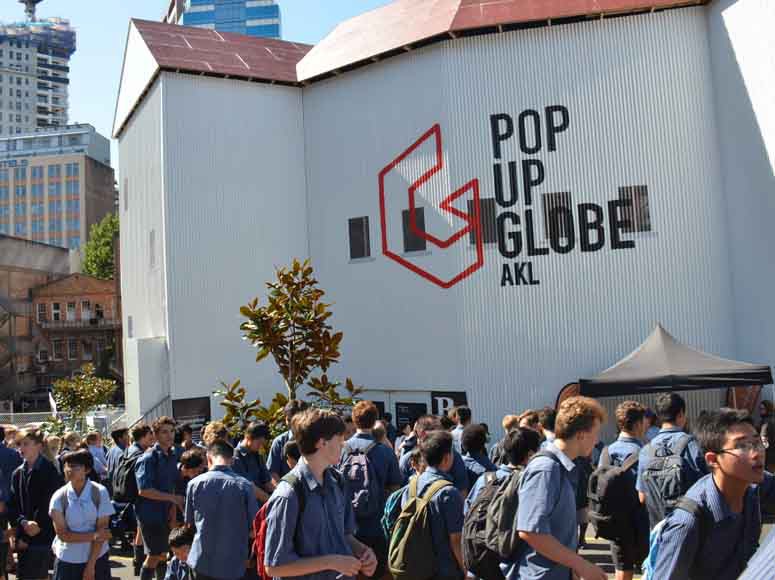 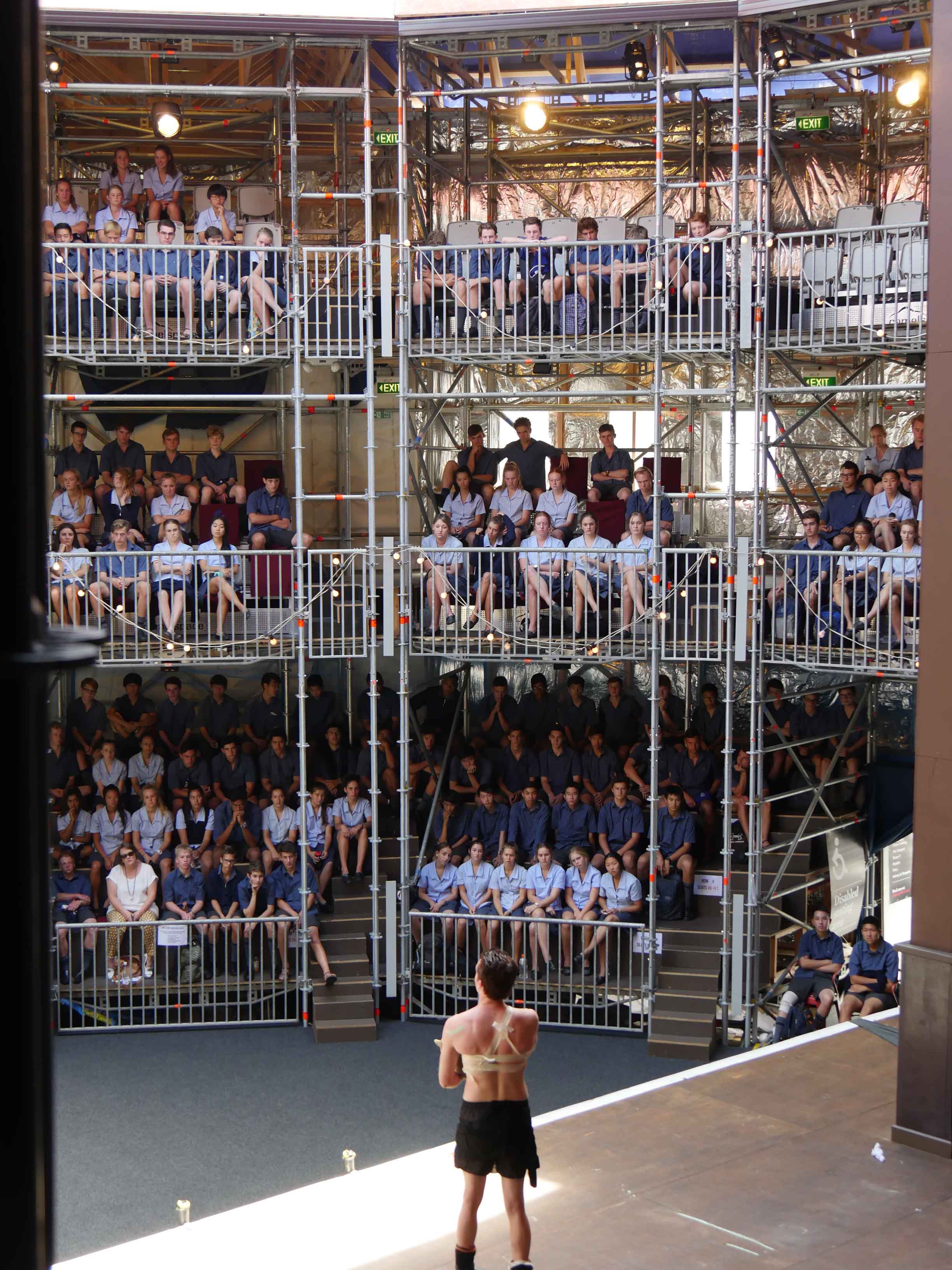 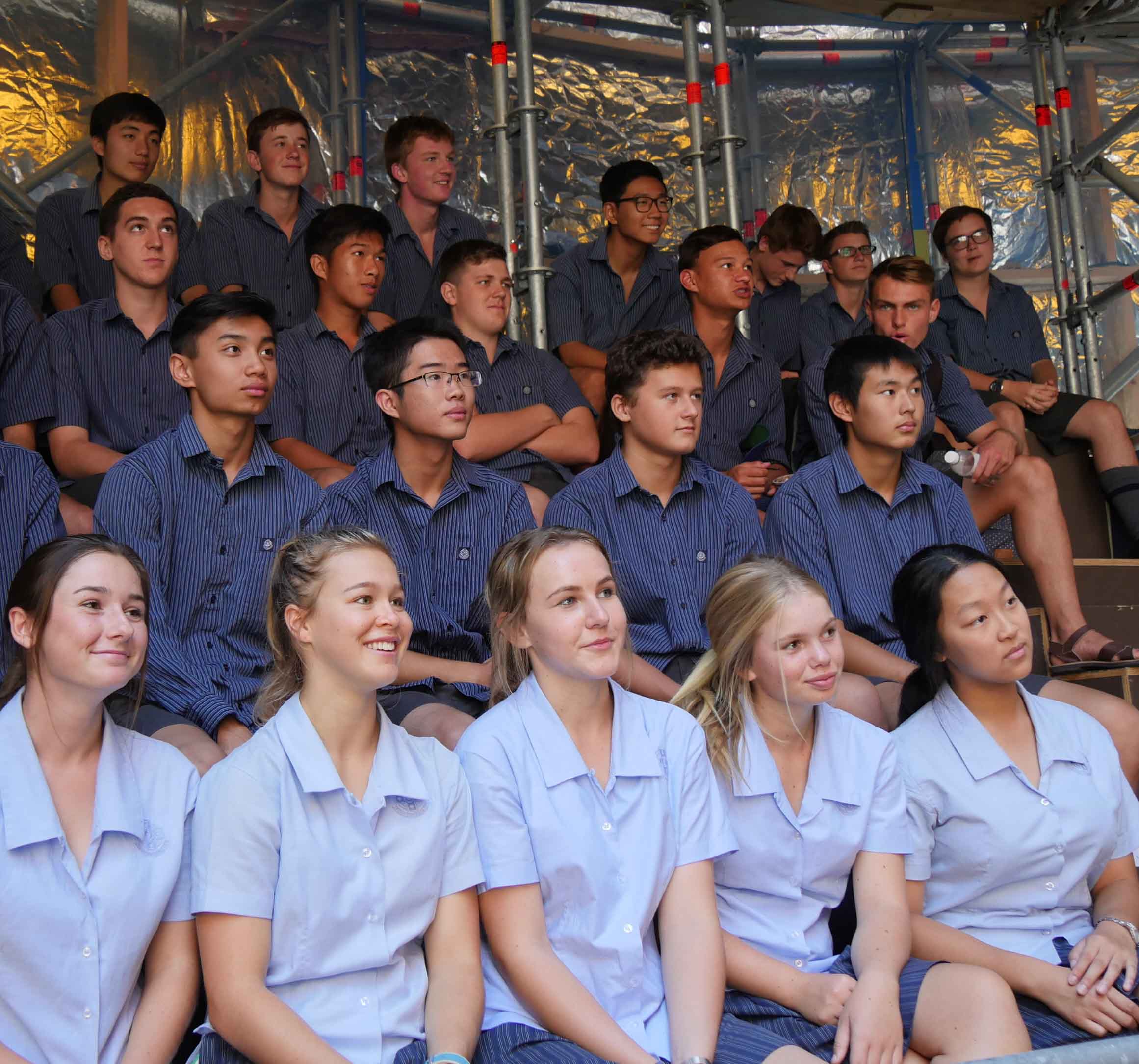 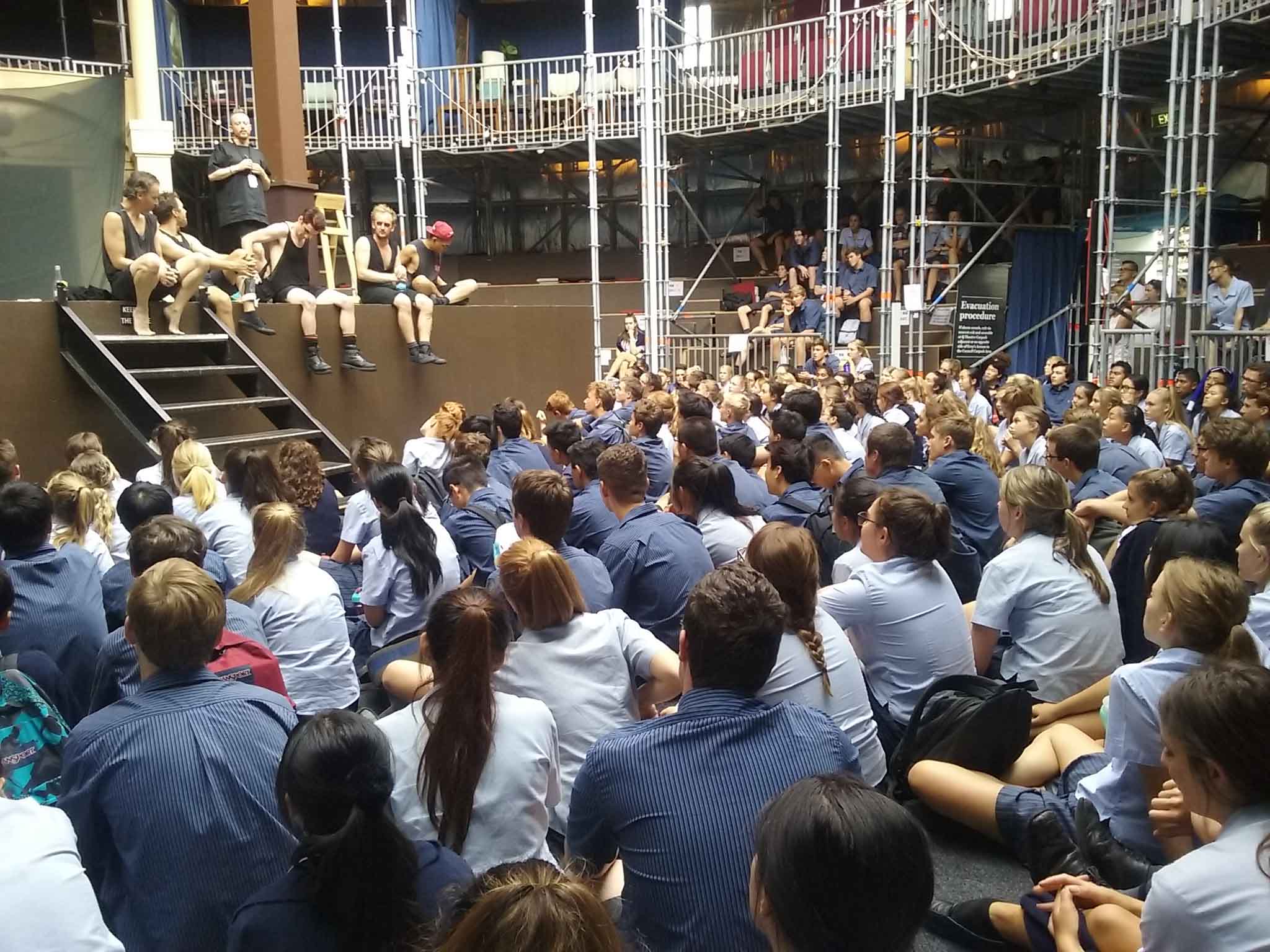