Originally postponed due to the Covid-19 Lockdown, the Senior Solo Music competition on Friday night marked the first public Performing Arts event since Alert Level 1 was announced. The long period spent in family bubbles during Lockdown meant that for several weeks, our musicians only had online access to their music teachers or fellow musicians for learning, feedback and support, and so our solo finalists are to be applauded for their outstanding efforts to be ready for audition and competition.

Unlike the many other ensemble musical performance opportunities during the course of the year, the solo competition put each of our fourteen finalists in the spotlight, under the watchful scrutiny of two invited adjudicators – this year, accomplished violinist, Loata Mahe and  Director of Music at St Peter’s College, Antun Poljanich. Selected through earlier audition, the finalists performed to an appreciative audience in one of four categories: Wind, Vocal, Strings or Piano. Whilst performing solo is not for every musician, the process of preparing, delivering and reflecting on competitive performance, unquestionably strengthens musical fortitude - these students were all exceptional musicians!

What do judges look for when they hear fourteen beautifully performed pieces, one after the other, and have to select an overall winner? How can you judge a piano recital against a violin, cello, flute, clarinet, French horn, piano accordion or vocal performance?

After a superb evening of music, the winners were announced, the judges conveying the difficulty of their decision.  They were most complimentary about the level of technical and musical proficiency of all our students, and said how important it is to select the right repertoire, one that has a balance of both challenge and ‘comfort.’ Mr Poljanich indicated that at this level of competition, it was ‘not just about playing the piece.’ He said, ‘Musical magic does not just start on the stage or in the audience but in the space in between – the connection that is made.’

Whilst choosing winners in each section proved difficult, they were unanimous in their decision to select Year 11 vocalist, Melody Lui-Webster as the Overall Winner. Melody has certainly made her mark on the Saint Kentigern stage during her time at the College, having been selected last year as Middle College Performer of the Year. Accompanied by Mrs Christina Bevan, Melody sang Songbird (Christine Mcvie) and ‘The Wizard and I’ from the musical, ‘Wicked’ with her trademark ‘stage presence.’

Melody was not alone in her high level of performance. Eric Zeng won the wind section on clarinet and Ian Chiao won the string section on violin. The adjudicators admitted to a tussle over the piano section, eventually agreeing to award first place equally to Catherine Chang and Adam Perry (Piano Accordion). Both Catherine and Adam have been previous section winners, with Catherine winning the wind section last year on the flute and the year before on the piano!

We thank the adjudicators for taking the time to spend with our students, offering notes of encouragement and advice at the end of the evening. Our thanks also to Kevin Shen and Ivan Zhang who did a sterling job hosting the evening. Whilst the focus was clearly on the student musicians, we must not forget their accompanists! Our sincere thanks to Ms Elizabeth Lau, Mr Juan Kim, Setsuko Strang, Oliver Tsui, and Christina Bevan for their support of our students.

JUDGES FOR THE EVENING

Loata Mahe
Loata Mahe graduated with a Master of Music with Honours in violin, with David Nalden and Elizabeth Holowell, and completed extensive chamber music training with Sarah Watkins, David Guerin and Ashley Brown. She also studied conducting with Uwe Grodd, Peter Scholes and Mark Taddei. Loata has played with the Auckland Philharmonia Orchestra, Manukau Symphony Orchestra and is a soloist with regional orchestras around NZ. She has extensive educational experience as a string specialist and conductor, with both choral and instrumental groups, and has trained individuals and ensembles for a range of Auckland schools. Loata will be taking up her position as Assistant Head of Music at the College, starting in Term 3, teaching academic classes as well as heading the orchestral programme.

Antun Poljanich
Our sincere thanks to Mr Poljanich who stepped in at short notice when the programmed adjudicator became unwell. Mr Poljanich is director of music at St Peter’s College, as well as director of music at Auckland Youth Orchestra. Born in Croatia, Antun studied piano in Dubrovnik, Ljubljana and Austria. Winning a scholarship to attend a three-year Master Course in Conducting at Leningrad’s Rimsky-Korsakov Conservatory provided Antun with the opportunity to subsequently work with the Leningrad State Symphony Orchestra, the Veneto Philharmonia, the Slovene and Croatian National Orchestras and other prominent orchestras in Russia and Europe. Antun has trained many young musicians in Auckland who are now currently holding orchestral and operatic posts around the world. 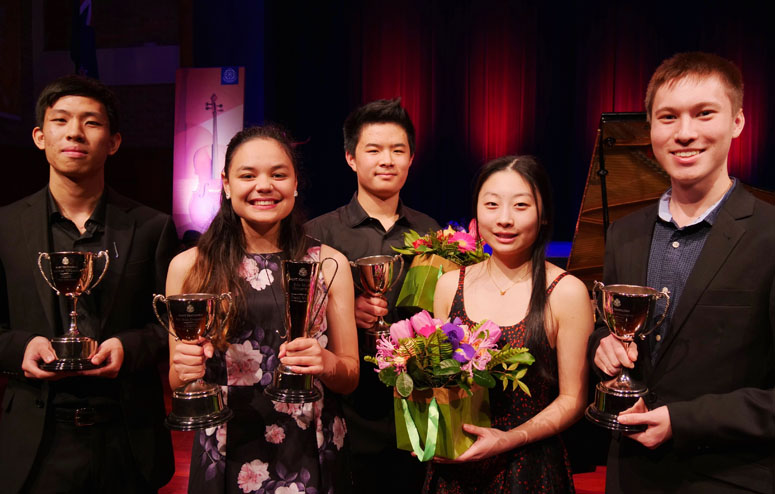