On Friday evening, Senior College Prizegiving signalled the end of another notable year in the life of the College, as the Saint Kentigern Senior College community gathered in Elliot Hall to congratulate our Year 11, 12 and 13 NCEA (National Certificate of Educational Achievement) and IB (International Baccalaureate) Diploma academic prize winners, including those who have received scholarships to continue their education at tertiary level.

The College is thrilled that by Senior College Prizegiving, 29 of our graduating students had already been awarded 41 significant tertiary scholarships, providing them with financial assistance for their chosen tertiary studies. In some instances, these provide a very substantial sum and these students can be very proud of their achievement. Other students can be equally proud to have been offered more than one scholarship, opening up choices as to where they continue their education.

Each year the number of scholarships awarded usually increases over the summer break as exam results become available; in particular for those seeking scholarships from universities in the Northern Hemisphere. Already, a number of our students have been offered places and scholarships overseas while others are awaiting confirmation entry in 2019. Again, these international scholarships represent significant financial support for these students.

As well as our top academic achievers, Senior Prizegiving also recognises our very best sportsmen and women, debaters, actors, dancers and musicians, and those who have given well beyond expectation in Service.  At all levels, there are many who strive to achieve their utmost in every endeavour they undertake.

Each student who came across the stage could be rightfully proud of awards that recognised their significant contribution. The evening culminated with the announcement of the highest academic honour, the Dux for NCEA and the IB Diploma. This year, there were joint winners for NCEA with Ebba Olsen and Ben Creemers both worthy recipients. Andrew Chen was named Dux for the IB Diploma. Congratulations to these three deserving students who have worked hard and made the most of every opportunity.

As the Prizegiving ceremony came to a close, students, staff and guests were invited to Elliot Quad to watch the Pipes and Drums of Saint Kentigern beat the retreat as the flag was lowered. Our best wishes to all our senior students as they now head into their external examinations. 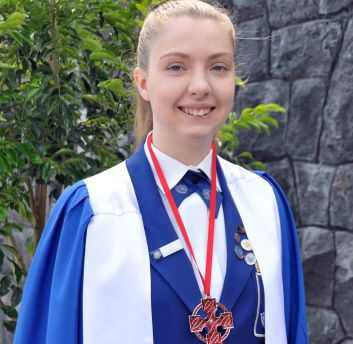 NCEA DUX MEDALLIST FOR 2018 (EQUAL)
EBBA OLSEN
Ebba is an outstanding scholar who has achieved considerable success during her time at the College.

Achieving Academic Colours every senior year, she was also awarded the Top Academic Student award and the R.K. Boyd Prize for Level 3 Economics in Year 12.  Ebba was awarded the Latin Prize in Years 11, 12 and 13 and received four gold medals for the National Latin Exams. She has also completed an accelerated Mathematics paper at the University of Auckland this year.

Ebba gained an excellence endorsement in NCEA Levels 1, 2 and 3 and was awarded an NZQA Scholarship in English and Statistics whilst in Year 12. As a result of her outstanding academic achievements, Ebba was selected to be a member of the Year 13 Scholars group and will be sitting NZQA Scholarship Examinations in English, Accounting, Geography, Latin, Calculus, Stats, Physics, Chemistry and Earth and Space Sciences.

This year, Ebba has been awarded:
The University of Auckland Top Achiever Scholarship
The R.K. Boyd Prize for Accounting
The Latin Prize
The Matheson Prize for Mathematics with Calculus
A Saint Kentigern Scholarship

Ebba joined the College in Year 9 and has been a chorister in the mass choir for the past three years, competing in the Big Sing competitions each year. She has demonstrated her leadership skills as the chairperson on the STEM Council and has driven a number of initiatives in this area. Ebba will take her passion for computer science into tertiary study where she has enrolled in a Bachelor of Science majoring in Mathematics, Logic and Computation at the University of Auckland. 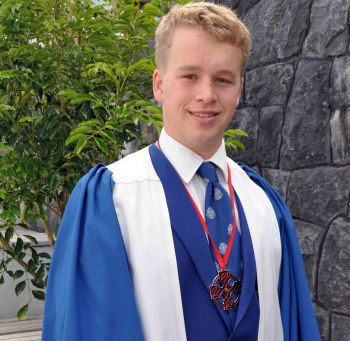 NCEA DUX MEDALLIST FOR 2018 (EQUAL)
BEN CREEMERS
Ben is a student of outstanding ability who has achieved considerable academic success during his seven years at Saint Kentigern College.  Achieving Academic Colours in every senior year, Ben received the Chemistry Prize, the History Prize, the F.H (Fritz) Kriekhaus Prize for Year 12 Mathematics, the Technology – Product Design Prize and a Top Academic award in Year 11. Ben was First in Year 12 NCEA and was awarded the History prize, the JF Coughlan Prize for Chemistry and the PG Hadfield Prize for first in NCEA Level 2.  In the same year, Ben gained an NZQA Scholarship in Statistics as a Year 12.

As a result of his academic achievements, Ben was chosen to be a member of the 2018 Scholars Group and will be sitting NZQA Scholarship examinations in Calculus, Physics, English and Latin.

This year Ben has been awarded:
The Goldson Prize for Chemistry
The Frank Reeves Memorial Cup for Literature
The Bankier Prize for History
Saint Kentigern Scholarship

An accomplished pianist, Ben is also a vintage automobile and motorcycle enthusiast and will be taking this passion into tertiary study. In 2019, Ben intends to study a Bachelor of Engineering at the University of Auckland. 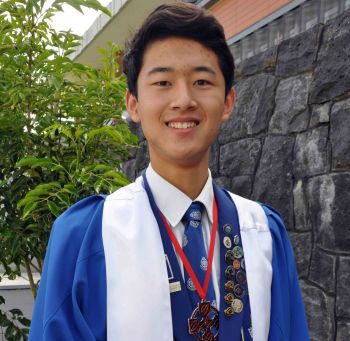 IB DUX MEDALLIST FOR 2018
ANDREW CHEN
Joining the College in 2014 as a Year 9 student, Andrew quickly distinguished himself as an outstanding academic student. Andrew was the Dux of Middle School in 2015, First in Year 11 and First in Year 12 IB Diploma.

Andrew is an exceptional mathematician who has come first in every New Zealand-wide mathematics competition over the past four years. In Year 11, Andrew was awarded the NZQA Scholarship Top Subject Scholar award for Statistics and also gained a Scholarship in Calculus.  He has also been a three-time participant at the International Mathematical Olympiad and a bronze medalist in 2017.

In Year 12, Andrew was awarded an Overall Outstanding Scholarship gaining individual outstanding Scholarships in Physics, Statistics and Calculus and a Scholarship in Geography, an incredible achievement for a Year 12 student. This year Andrew intends on sitting 7 NZQA Scholarship examinations. Unsurprisingly, Andrew was selected as a member of the 2018 Scholars Group and was nominated as the Academic Prefect. Part of this role was to oversee the S2S peer tutoring programme where he made significant innovations and tripled student participation.

One of six students chosen by the Royal Society Te Aparangi for outstanding achievement and contribution in STEM, Andrew travelled to the United Kingdom in July this year to attend the London International Youth Science forum.

Andrew has made a significant contribution to co- curricular life at the College. He was a member of Premier Advanced Debating Team 1 who placed first at the Auckland Regional Debating Championship. He has coached Mathex teams for the past four years, participated in the Duke of Edinburgh Gold Award and represented Saint Kentigern College on the Howick Youth Council. Andrew has also represented the College in orienteering and tennis.

Andrew has been awarded the University of Auckland Top Achiever Scholarship in recognition of his outstanding academic achievement. Andrew has also applied to Universities in the United Kingdom, United States and Australia with the intention of studying towards a Mathematics related programme. 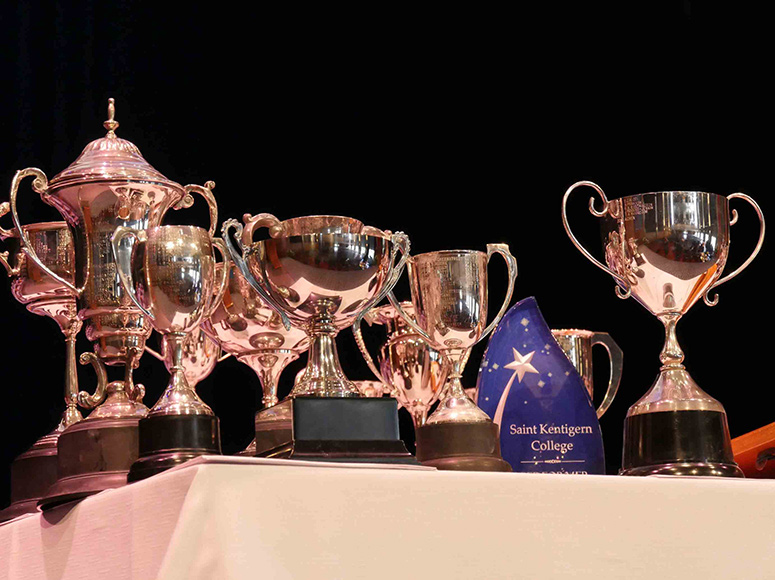 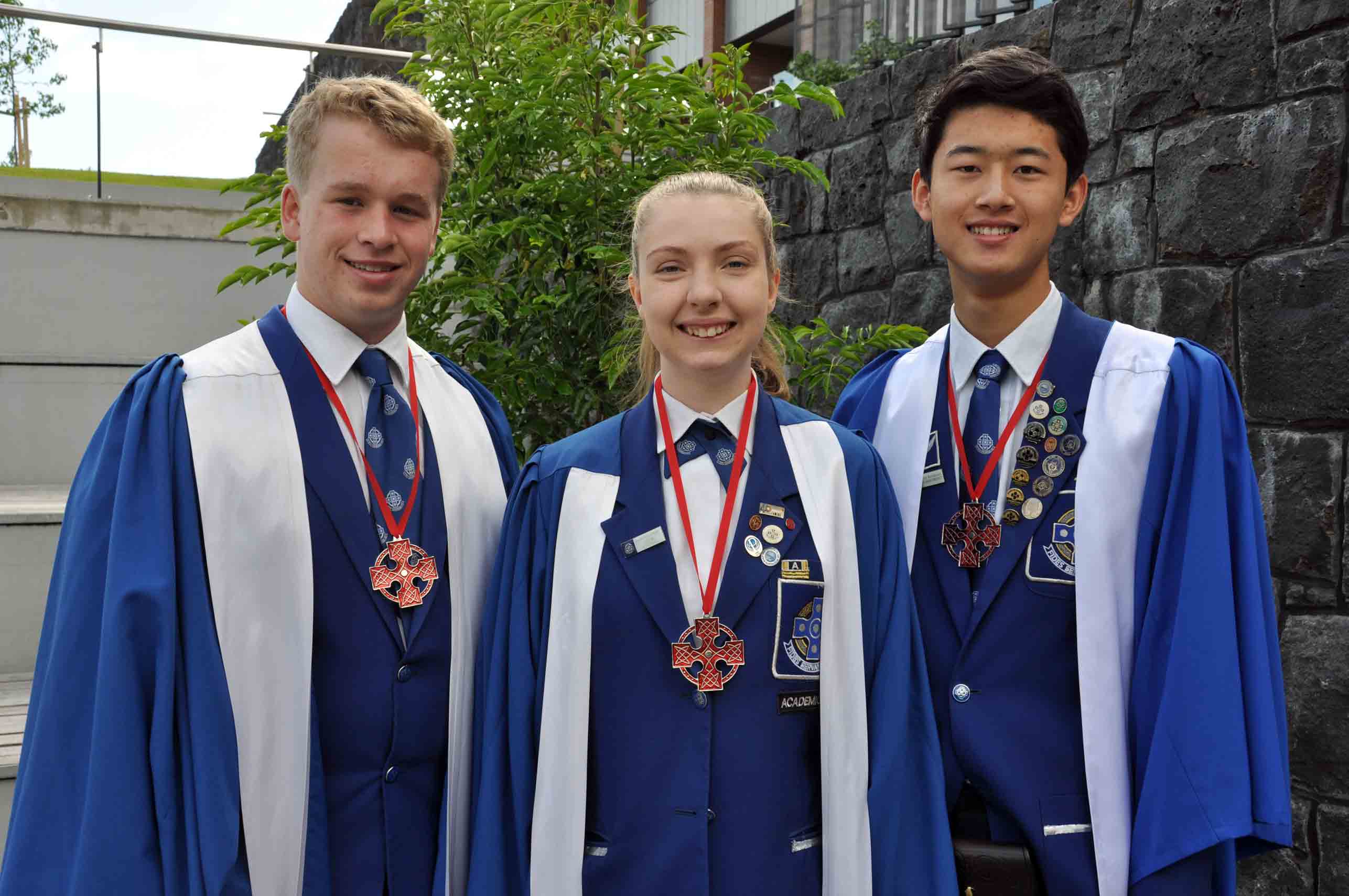 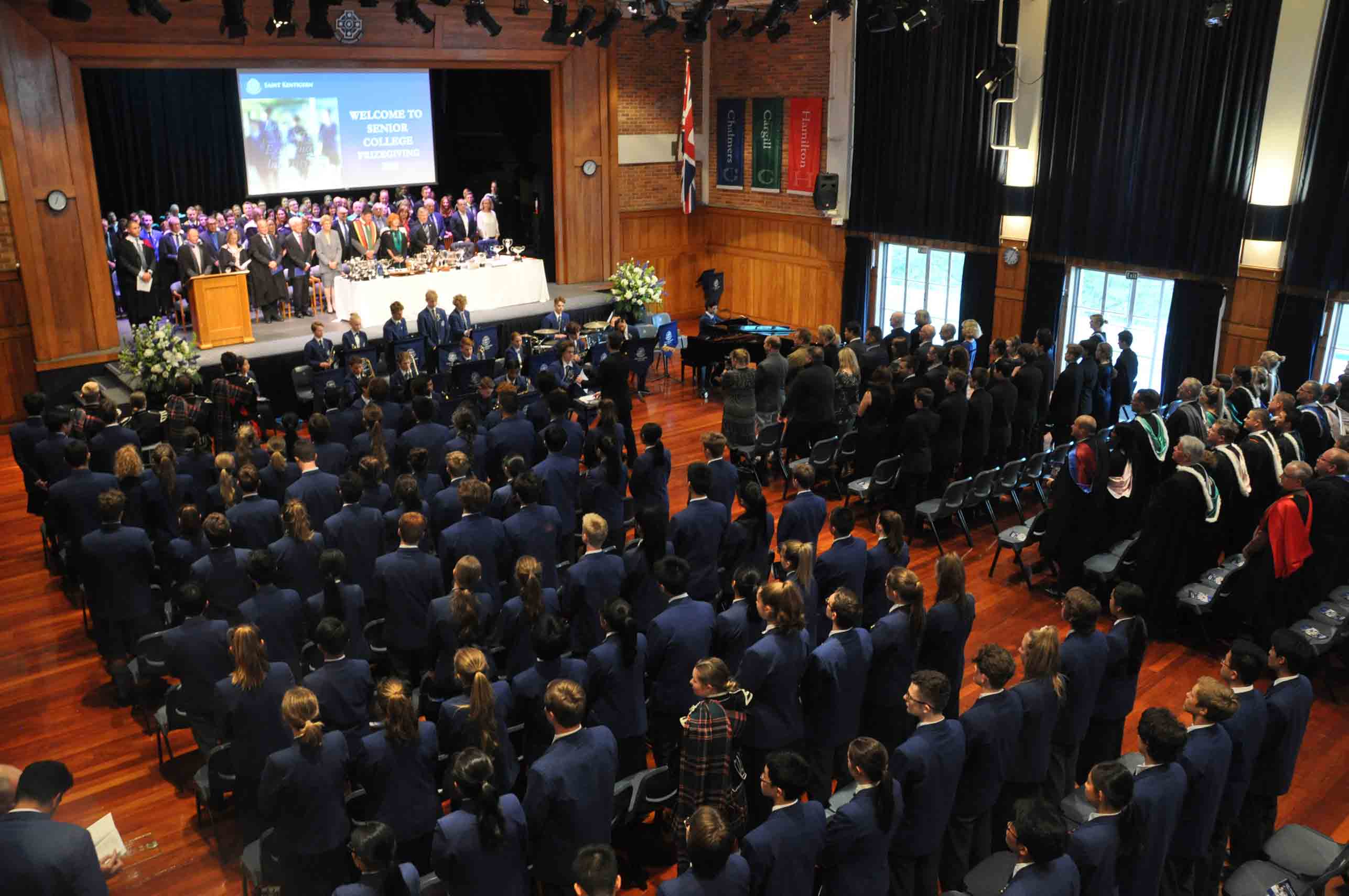 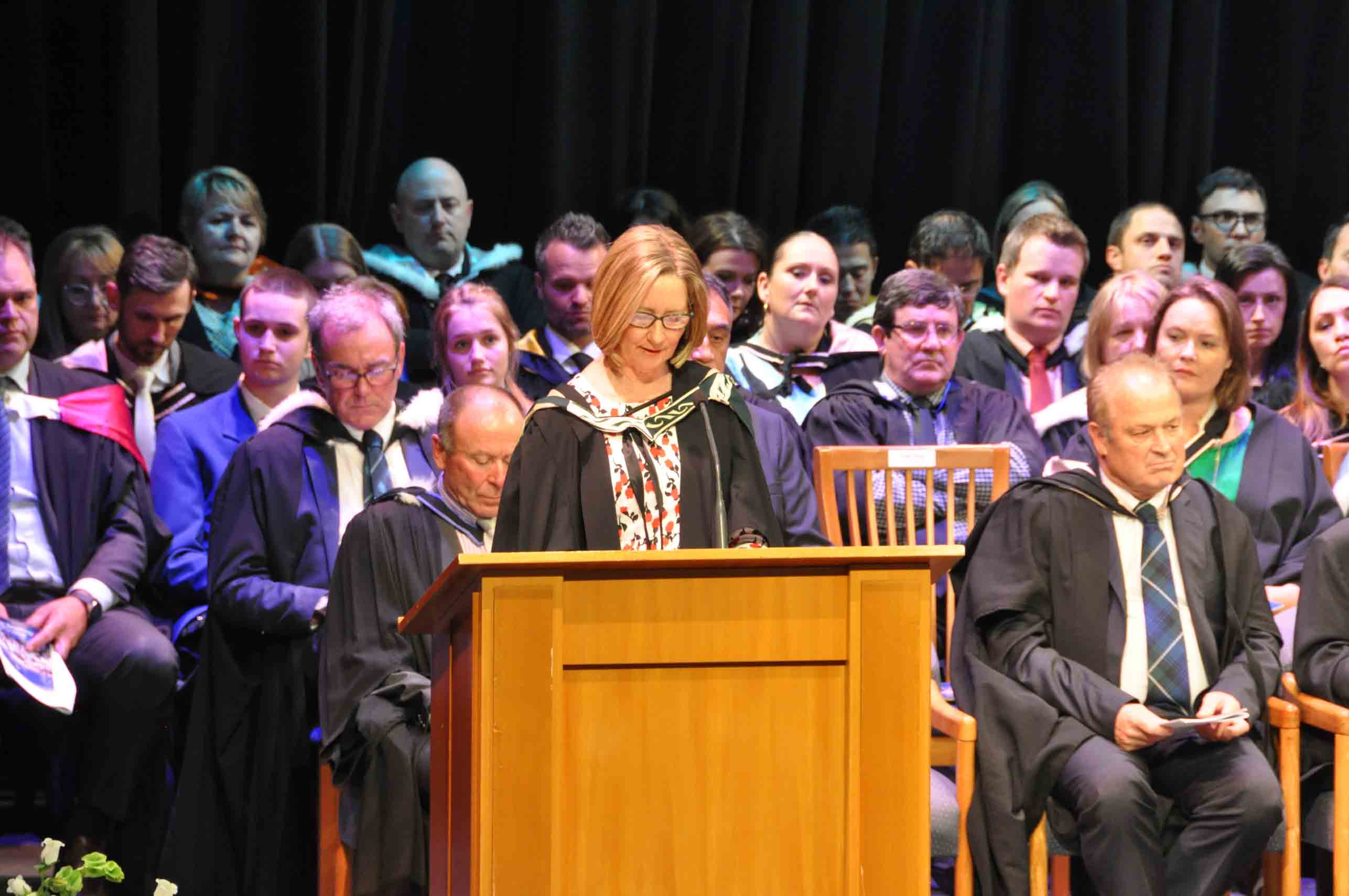 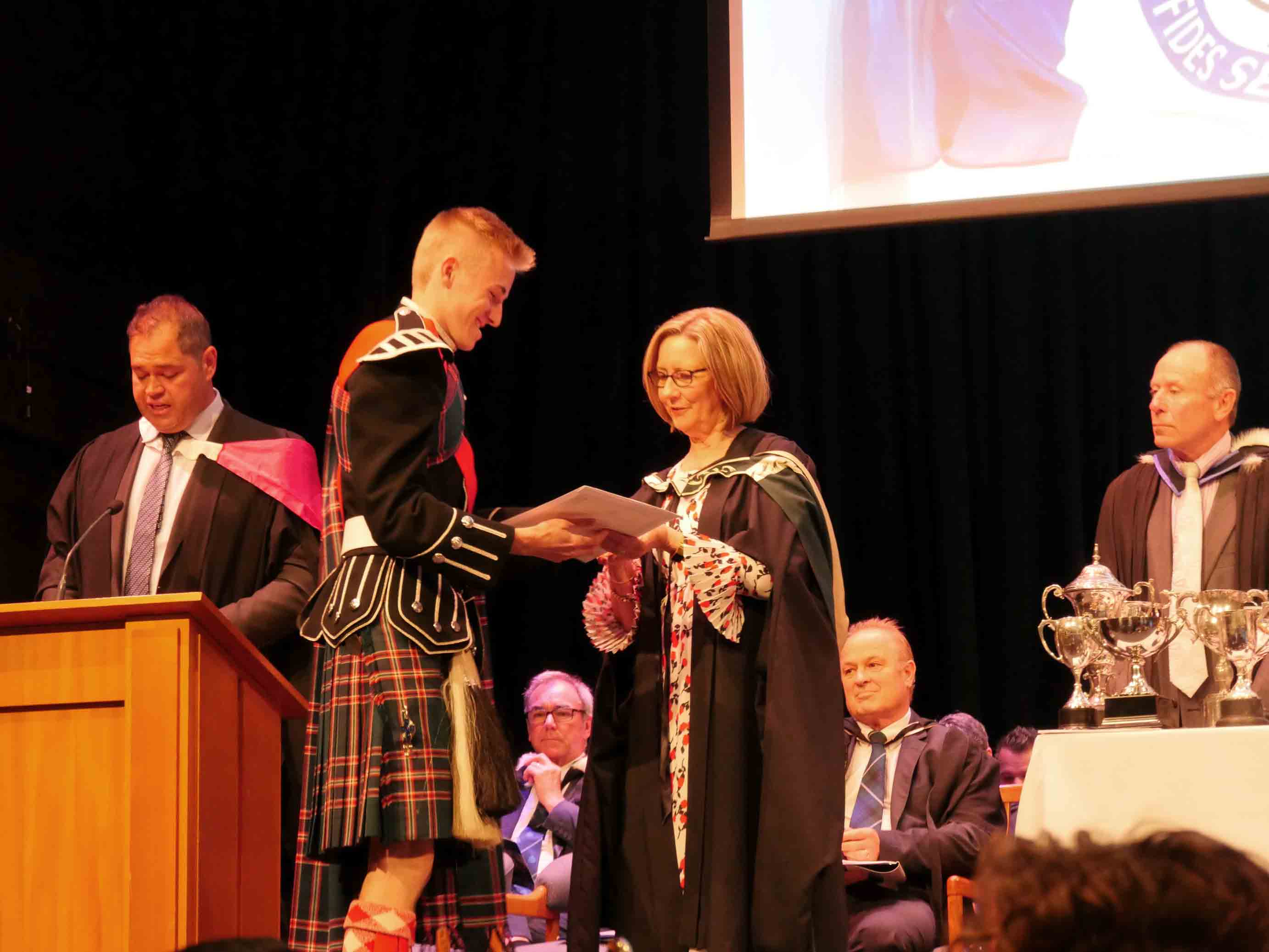 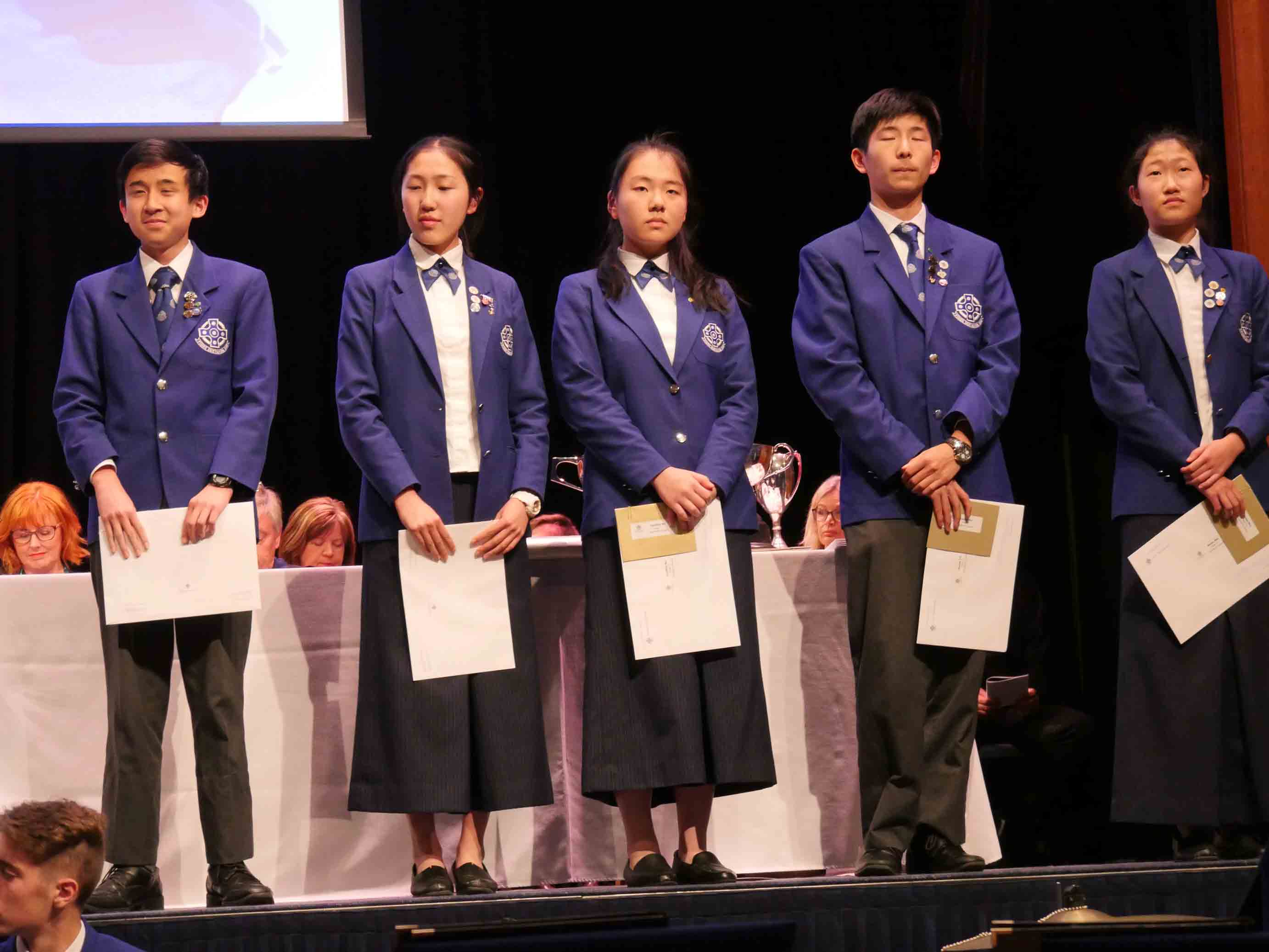 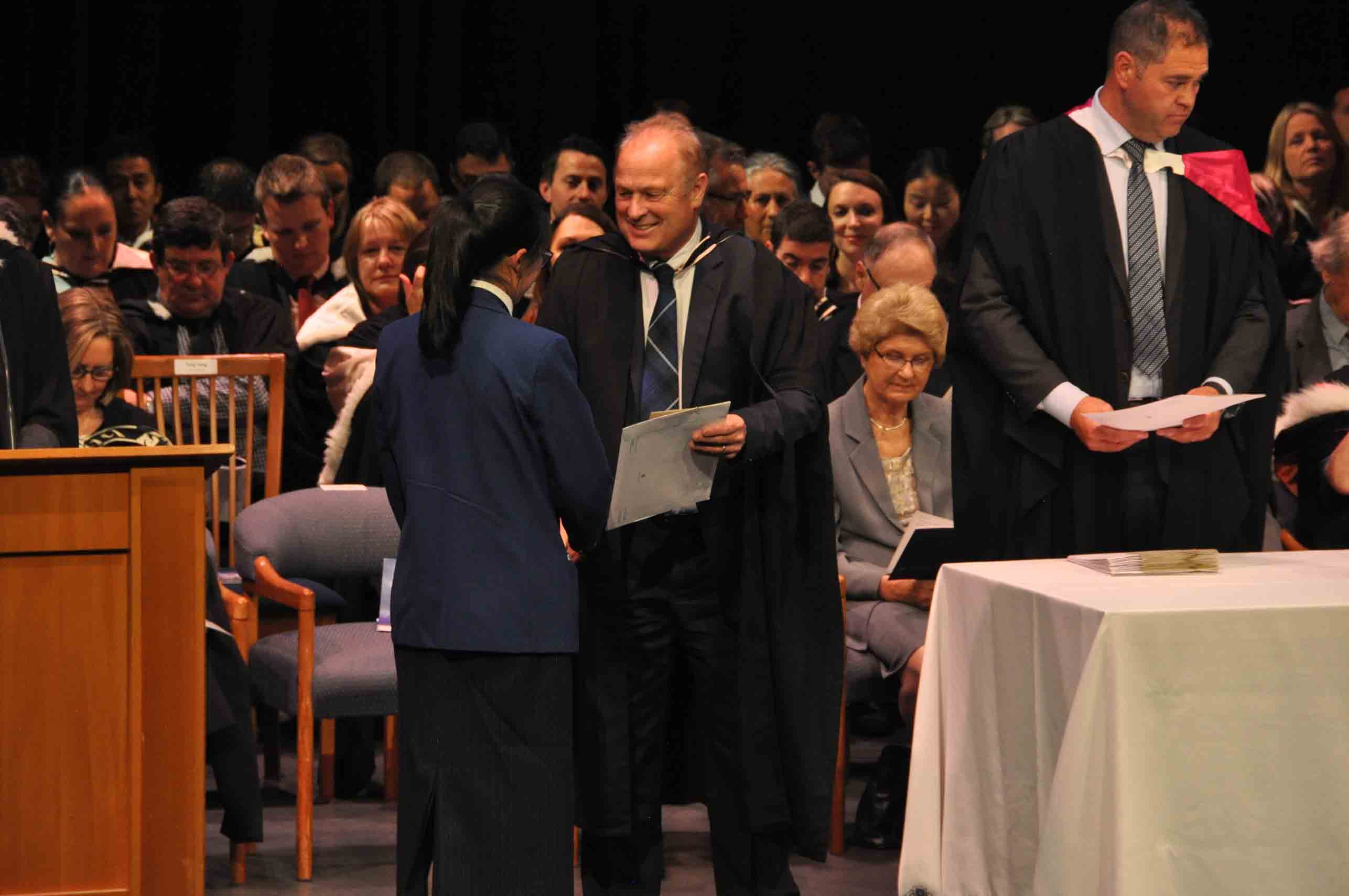 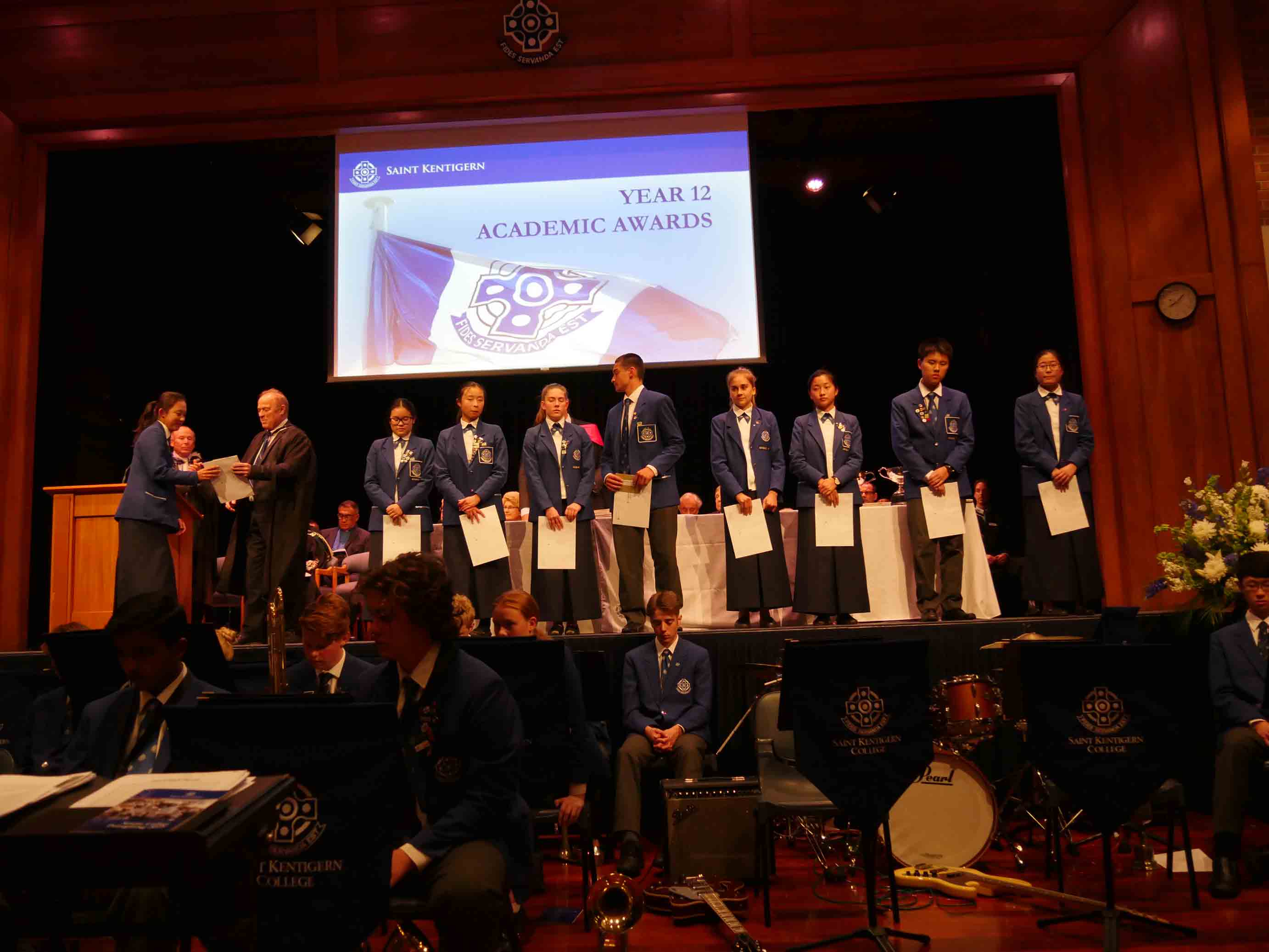 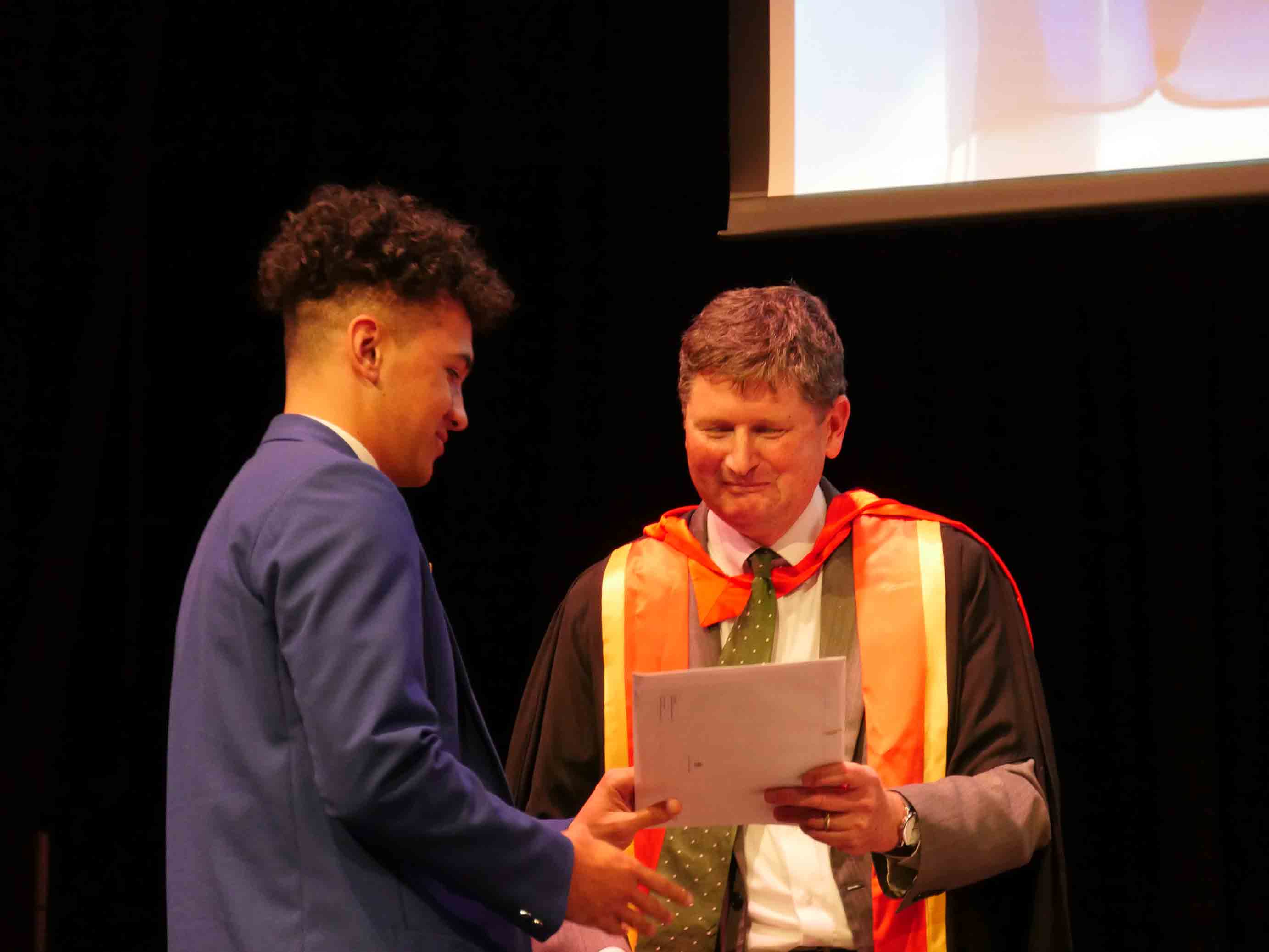 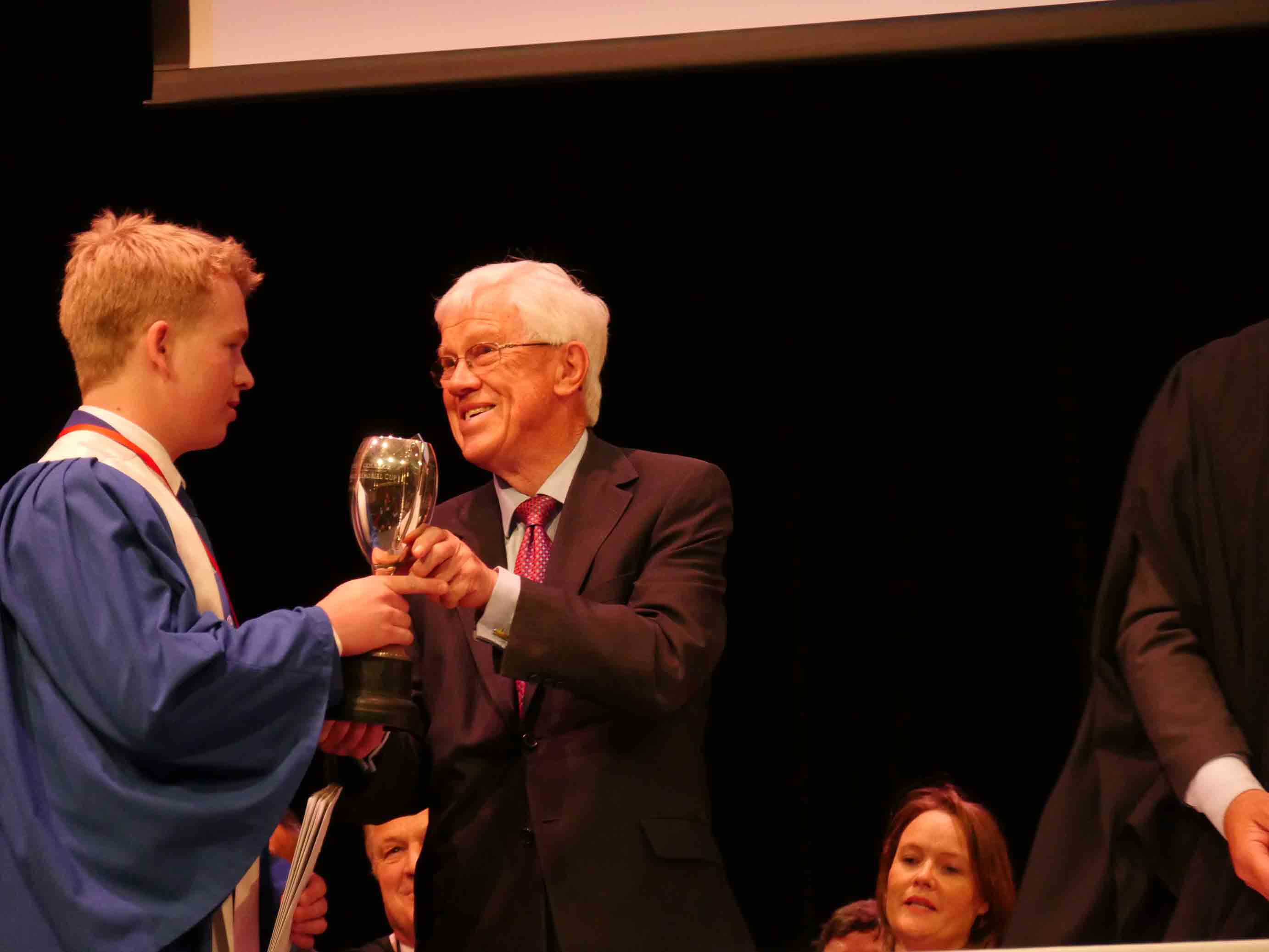 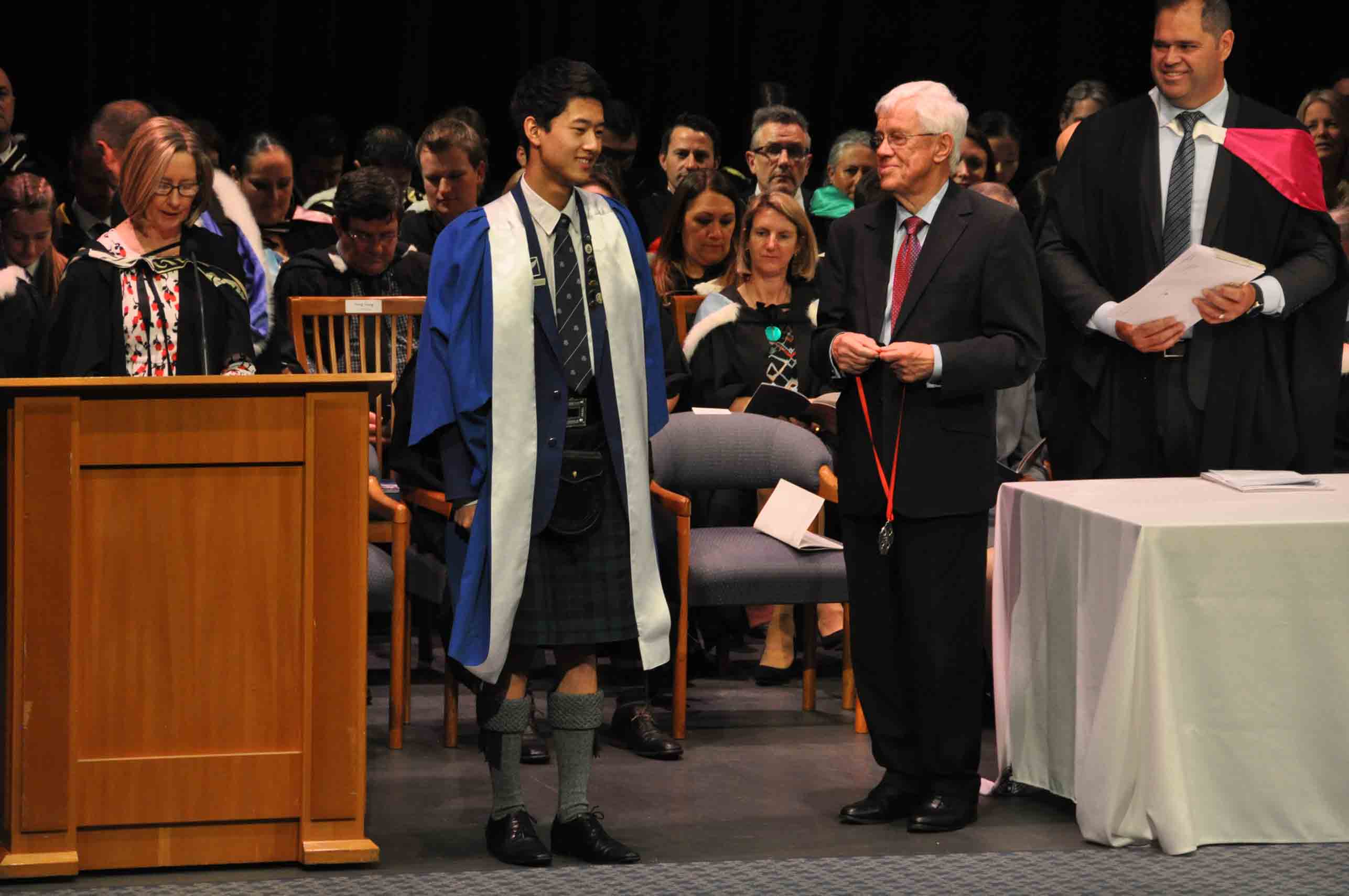