Academic success is a proudly acknowledged at the College and last night’s Senior College Prizegiving was a fitting celebration to end the year, as the Saint Kentigern community gathered in Elliot Hall to congratulate our Year 11, 12 and 13 NCEA (National Certificate of Educational Achievement) and IB (International Baccalaureate) Diploma academic prize winners, including those who have received scholarships to continue their education at tertiary level.

As well as our top academic achievers, the Senior College Prizegiving also acknowledged our accomplished debaters, actors, dancers and musicians and those who have given well beyond expectation to serve others. At all levels, the students have reflected our mission to inspire excellence and our vision to serve.

The evening concluded with Senior College Principal, Mrs Suzanne Winthrop announcing the highest academic honour - the Dux for NCEA and Dux for the IB Diploma. This year, Jesse (Xiyuan) Niu was named as our NCEA Dux and William Feng as our IB Diploma Dux. Congratulations to both these deserving students who have worked hard and made the most of every opportunity. 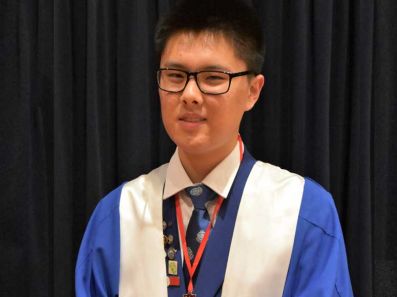 Jesse (Xiyuan) Niu
Jesse is an outstanding scholar who has achieved considerable success during his time at the College, achieving Academic Colours in every senior year. Last year, he was awarded the F.H Kriekhaus Prize for Mathematics with Calculus and the J. F Coughlan Prize for Chemistry. Jesse was also awarded an NZQA Outstanding Scholarship in Music whilst in Year 12. This highlights another strong passion and talent of his - music. Jesse is an accomplished musician and has contributed to many Saint Kentigern musical groups.

This year Jesse has accepted a Top Achiever Scholarship at The University of Auckland, where he would like to study engineering.

This year, Jesse has been awarded:
The University of Auckland Top Achiever Scholarship
The Matheson Prize for Mathematics with Calculus
The Goldson Prize for Chemistry
A Saint Kentigern Scholarship 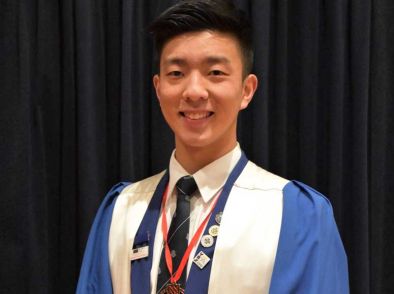 William Feng
William is a young man of impeccable character. William's exceptional academic ability, inquisitive mind and sound work ethic auger well for him to continue to achieve with distinction. In 2018, he was awarded the IB Diploma Prize for Economics and was awarded Academic Colours or Honours in each of his senior years. This year, William has been involved in our Peer Support Programme, as well as a member of the College 2019 Monetary Policy Challenge team, and was a highly valuable participant in the 2019 Economics competition organised by The University of Auckland.

FIRST IN YEAR 11 NCEA 2019
Isabeau Pan
Isabeau was last year’s Dux of the Middle College and has gone on to demonstrate an incredible transition into NCEA. Her teachers have praised her love of learning as well as her humble and grounded nature. As well as being placed first in Year 11 with a Grade Point Average of 97.4%, Isabeau is also the recipient of the Technology- Spatial Design Prize, and the Visual Art -Painting and Printing Prize.

FIRST IN YEAR 12 NCEA 2019
Joseph Chan
Joseph is an outstanding student with exceptional abilities. As well as The P.G Hadfield Prize for First in NCEA Year 12, which recognizes his 95.5% Grade Point Average, Joseph is also the recipient of the W.G Bell Prize for English.

FIRST IN YEAR 12 IB DIPLOMA 2019
Heeju Rho
Heeju is a student of extraordinary ability. Last year she was awarded first in Year 11 NCEA and this year, she has transitioned well into the International Baccalaureate Diploma, with her teachers praising her mature approach to inquiry learning. As well as The P.G Hadfield Prize for First in IB Year 12,
Heeju is also the recipient of The IB Diploma Prize for Biology and The IB Diploma Prize for Physics. 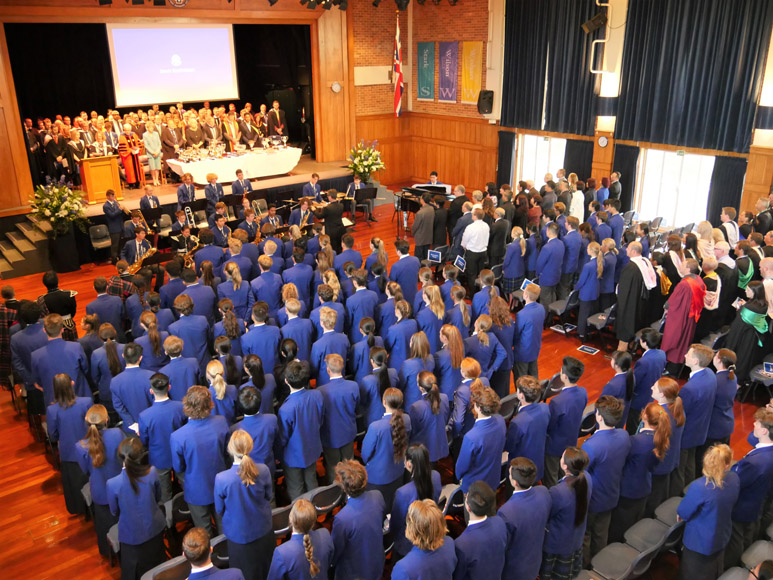 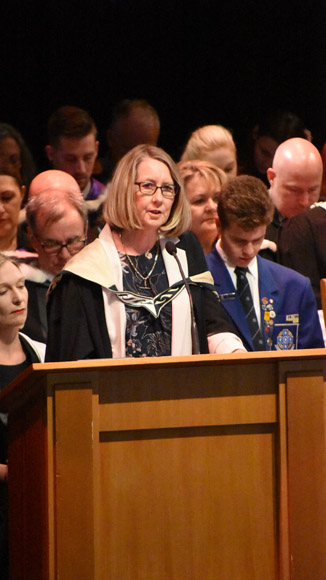 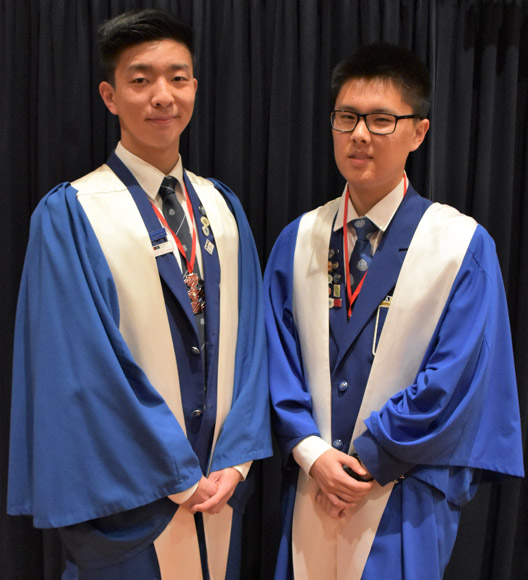 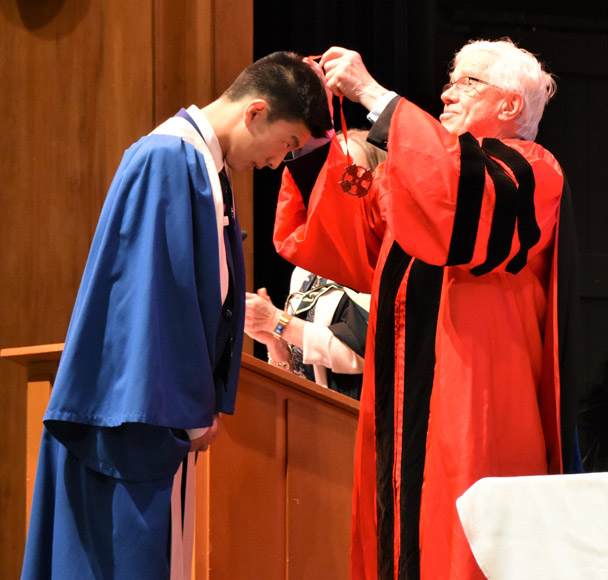 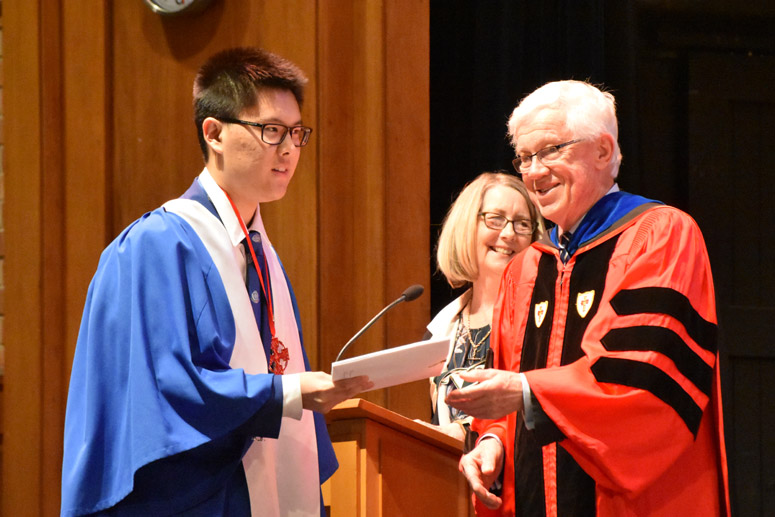 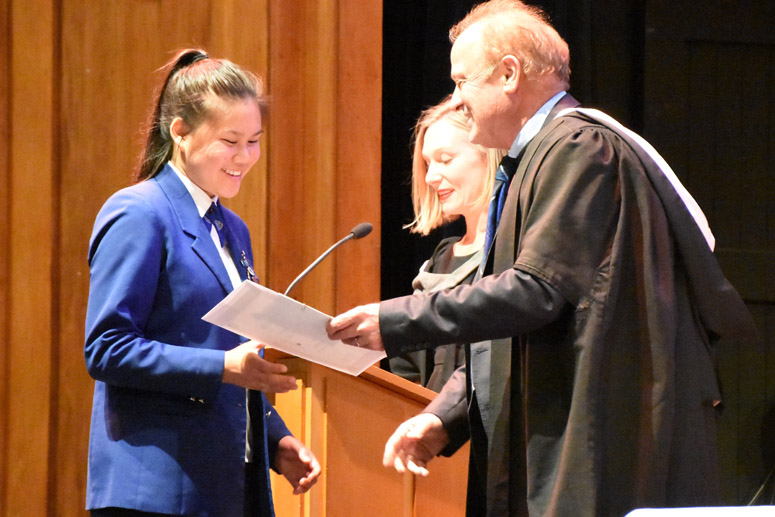 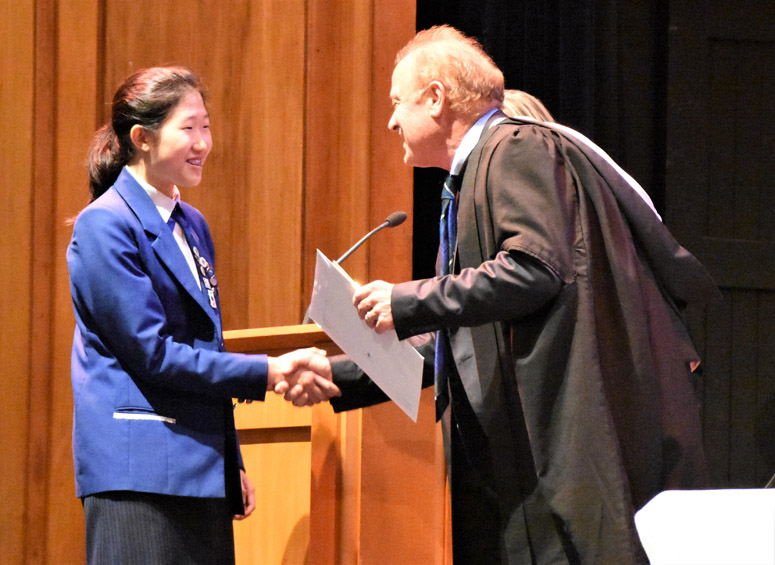