This term, we congratulate the Year 10 students who have been appointed as Middle School Student Leaders for the second semester of 2016. They were selected after consultation with Year 10 Tutors, the four Middle School Heads of House and feedback from staff as a whole.

This is an important role for these students who pick up the reins from the Semester 1 leaders to lead their Houses for the final half of the year. Having two sets of leaders during the year gives a greater number of students the chance to serve in a leadership role, experiencing the duties and responsibilities required in preparation for Senior School.

The students were acknowledged at the first Middle School assembly of the term by Head of Middle School, Mr Duncan McQueen and were presented with their badges by Head of College, Mr Steve Cole. In addressing the assembly, Mr McQueen said that these students have displayed character and demonstrated the Saint Kentigern way of life. He said he has the utmost of confidence and faith in the new leaders and that we will be hearing them speak in future assemblies and Chapel services.

We wish them well and look forward to their contributions during the remainder of the year. 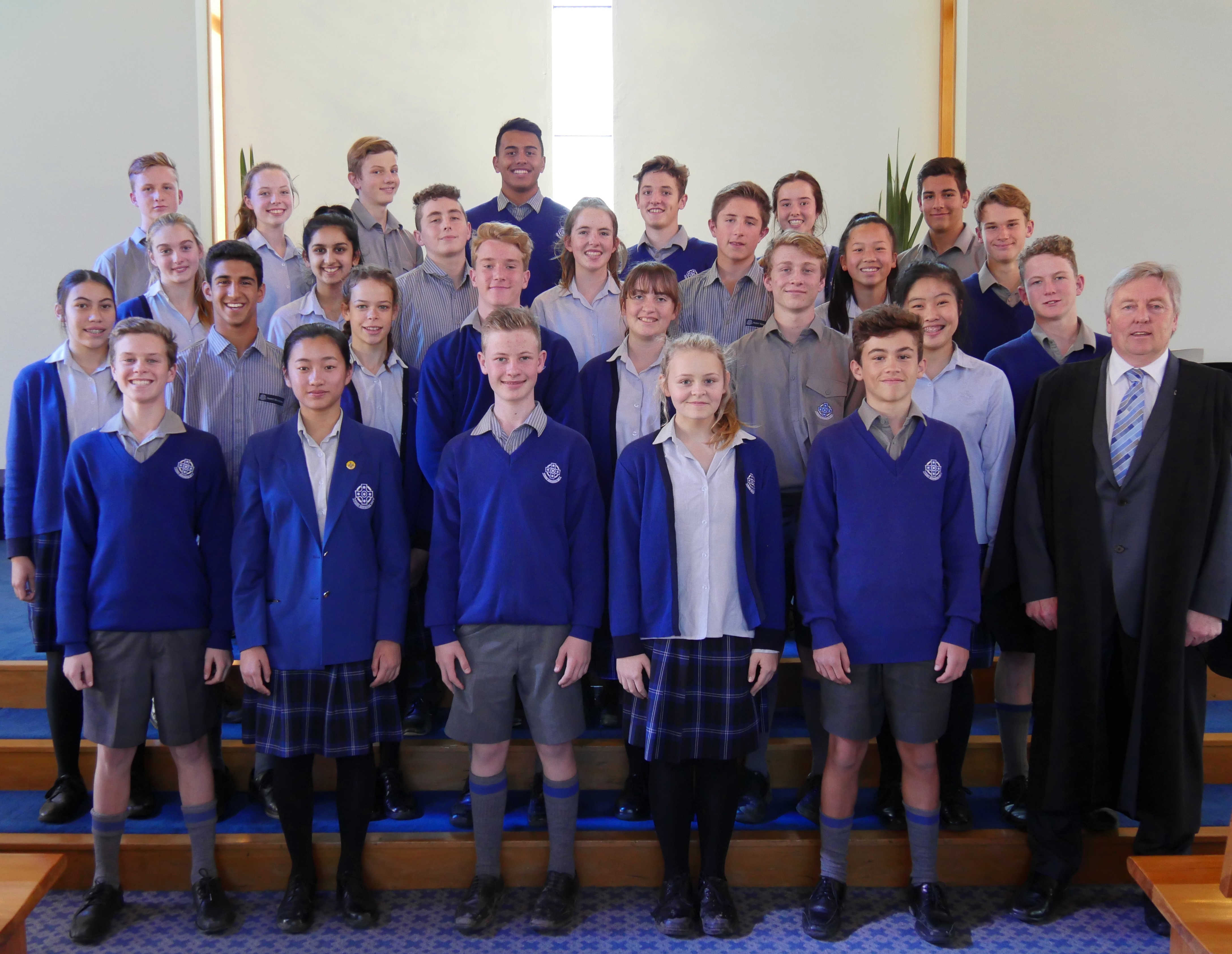