After graduating from Saint Kentigern College in 2012, I decided to pursue my Bachelor of Music in Percussion Performance at Auckland University. During that time, I performed frequently with the Auckland Philharmonia Orchestra alongside my teacher Eric Renick. 2013 and 2014 included trips to Melbourne to compete in the Melbourne Snare Drum competition where I was awarded 2nd and 1st place respectively, earning a mentorship with the Melbourne Symphony. in 2015, I was involved in the New Zealand Symphony Fellowship Programme, frequently travelling down to Wellington to observe rehearsals, get lessons with the percussionists and learn about the management side of a symphony orchestra.

The following year, I began a Bachelor of Music with Honours degree at Te Koki New Zealand School of Music where I graduated with First Class Honours, studying with NZSO’s Principal Percussionist Lenny Sakofsky and Principal Timpanist Larry Reese. During that same year, I spent two months at the ‘Music Academy of the West’ summer festival in Santa Barbara as one of five Percussion Fellows performing with some of the USA’s best youth musicians. On my return to New Zealand, I won the Principal Timpani audition for Orchestra Wellington which I held between 2016 and 2017. 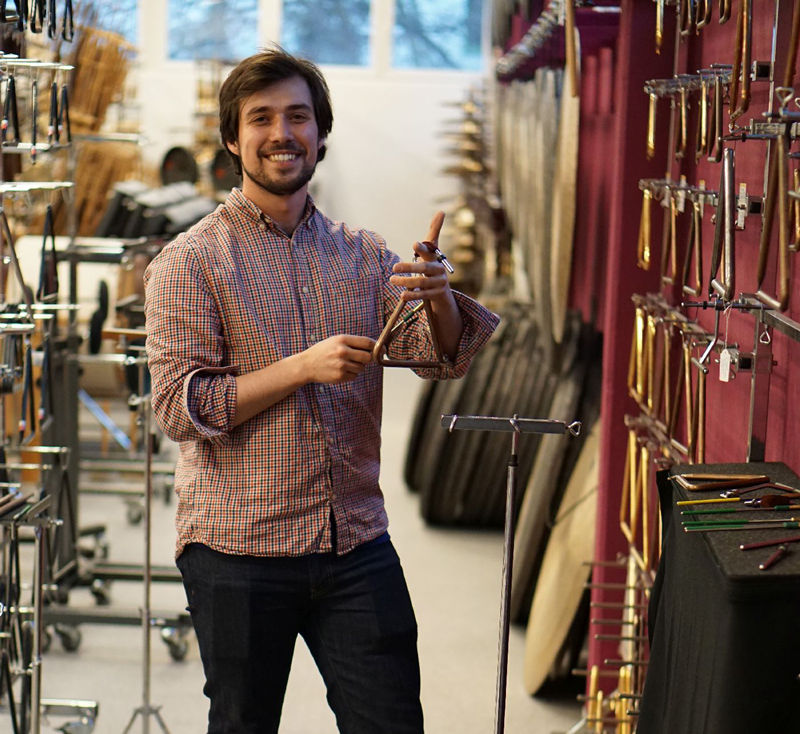 Feeling the need to return to the USA, I left my timpani position in August 2017, after being accepted into the San Francisco Conservatory of Music to pursue a two year Master’s Degree under the guidance of Jacob Nissly, Principal Percussionist of the San Francisco Symphony. Studying in the USA was only possible due to the generous support I received from both the Patricia Pratt and Kiwi Music Scholarships. My time at the conservatory has been absolutely incredible for my musical education. Working alongside so many talented colleagues and teachers has helped my musical growth immensely.

In March 2019, I briefly returned to New Zealand to audition for the New Zealand Symphony Orchestra, who had announced an opening for the Sub-Principal Percussion position. After surviving three audition rounds, I was named the successful candidate and was offered a trial with the orchestra to start in September 2019.