Each year Saint Kentigern welcomes a visitor from Robert Gordon’s College in Aberdeen, Scotland - the recipient of the Otaki Shield; an award with an historical connection to New Zealand. This year it was the turn of Rohan Mudkavi to be welcomed by College Deputy Head Boy, Beck Robson and Boys’ School Head Boy, Will Ormond, and spend time at the College and the Boys’ School. Cameron is the 76th consecutive Otaki Scholar.

The scholarship rewards an outstanding pupil at the end of their final school year with a seven-week trip to travel throughout New Zealand, visiting schools and sightseeing. During his time here, as an ambassador for Robert Gordon’s College, he is hosted by many families and attends a number of schools, addressing students on the history behind the scholarship to keep the story of bravery alive. Saint Kentigern was Rohan’s 11th school since he arrived.

The Otaki Shield commemorates a fierce sea battle fought in the Atlantic during World War 1, involving Capt Archibald Bisset Smith, a former pupil of Robert Gordon’s College. ‘Archie’ Smith spent two years at Robert Gordon's College from 1893 to 1895 before joining the Merchant Navy. He gained his Master's ticket in 1903 while serving with the New Zealand Shipping Company.

His ship, the merchant ship SS Otaki was critically damaged in March 1917 by a German raider, Moewe. Although armed with only a small 4.7 inch gun, the Otaki returned fire and fought bravely. But when the Otaki was badly damaged and four of his men had been killed, the Captain gave the order to abandon ship. He himself stayed on board as his ship sank.

Also on the ‘Otaki’ was another former pupil of the Scottish school. William Martin was born in 1902 and left school in 1917 to join the ship as a midshipman. Sadly, less than a month later he was killed as he helped to load the ‘Otaki's gun. He was only 14, the youngest Gordonian to be killed in the First World War.

Capt Archibald Bisset Smith was awarded the Victoria Cross for bravery and devotion to duty, one of only two merchant seamen to receive it and in 1937 his family presented the Otaki Shield to his former college, to be given annually to the school's head boy. The New Zealand Shipping Company traditionally offered a free passage to the winner but with the advent of air travel, the New Zealand Government now assists with air fares and arranging some accommodation.

Rohan reports that he has had a fantastic time travelling to schools throughout New Zealand and feels blessed to have been given the opportunity and is grateful to the many families who hosted him during his travels. The family of College Head Boy, Ben Shepherd welcomed him into their home during his time in Auckland. Those who met Rohan enjoyed hearing him speak and we now wish him a safe journey home. 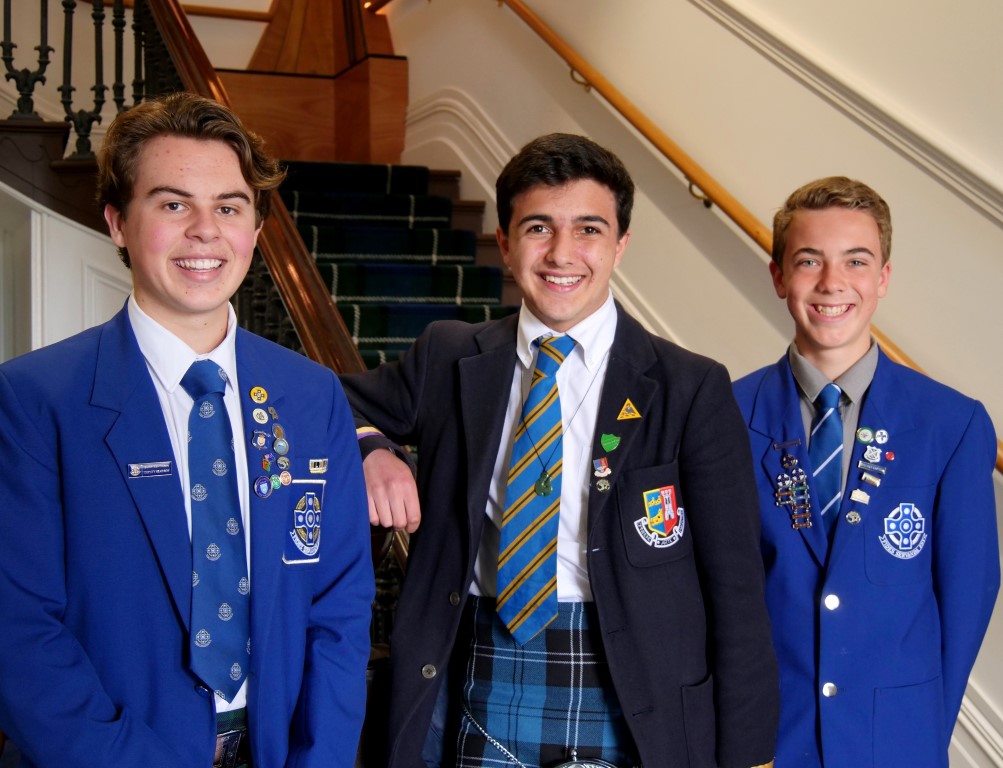 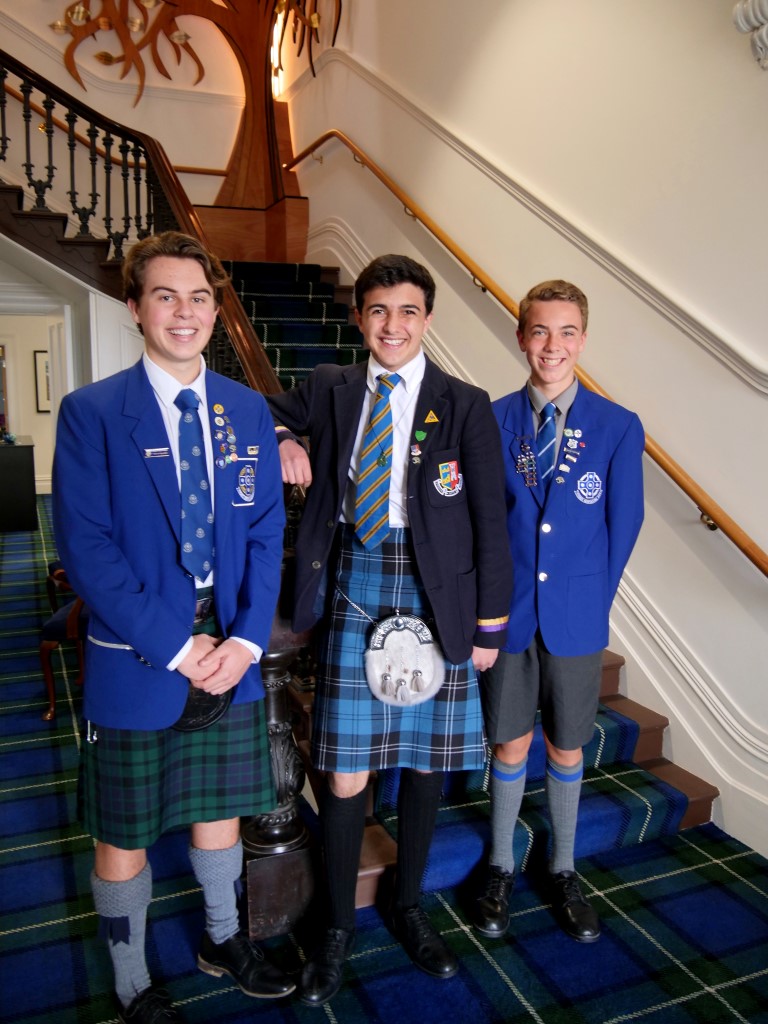 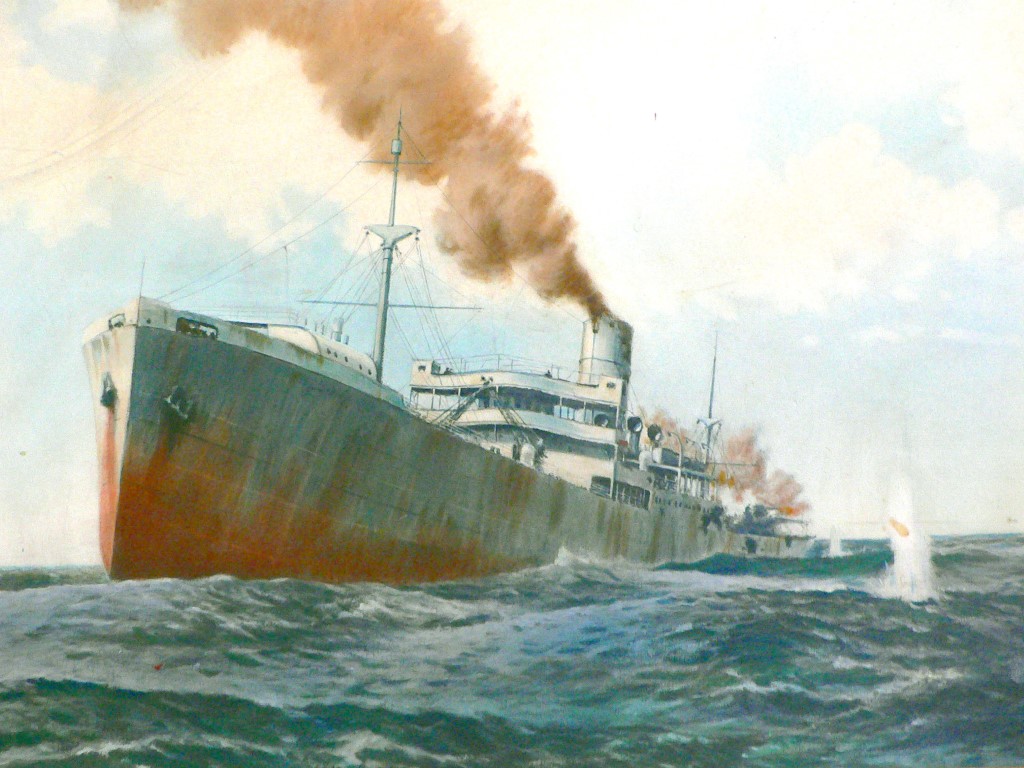 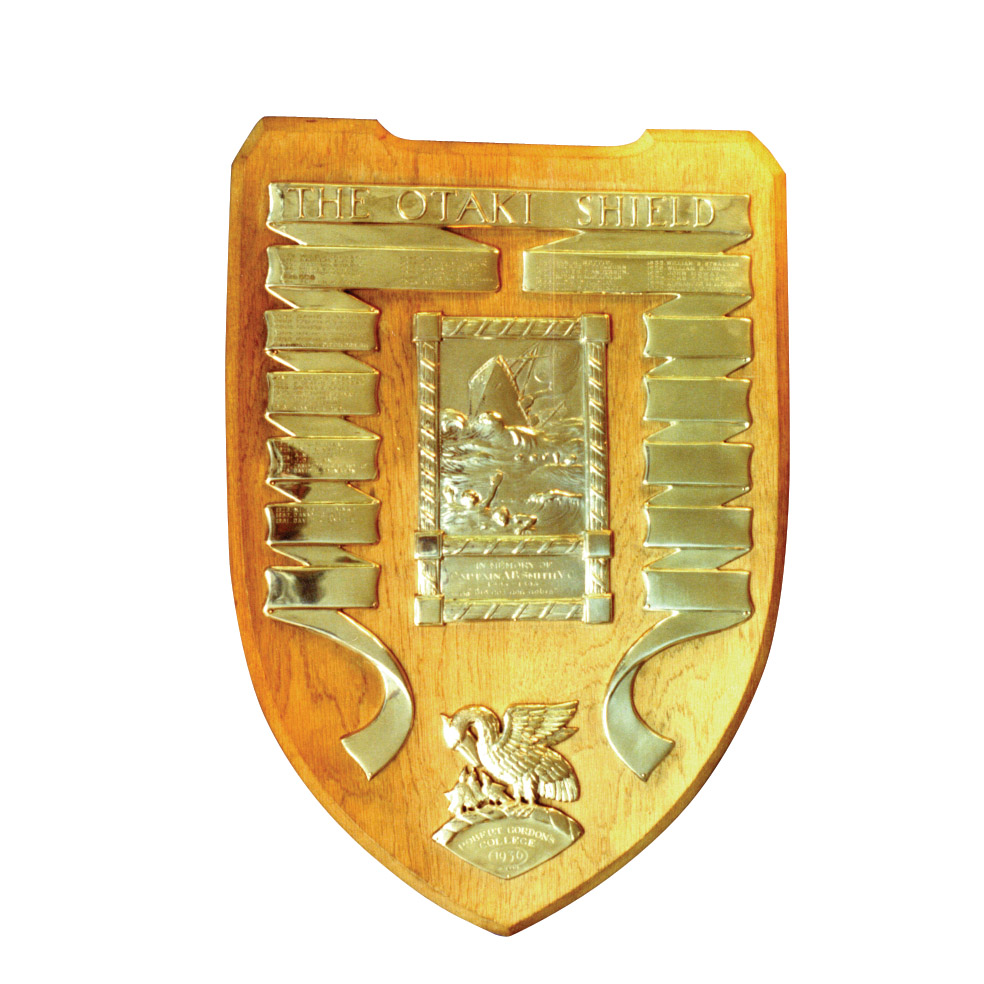