At an evening Chapel Service at the conclusion of his first day as the newly appointed Principal of the College, Mr Russell Brooke was commissioned as the eighth Principal to lead the College.

On this historic occasion, Mr Brooke’s wife, Michele and his children, James and Grace, joined the Trust Board, senior staff and invited guests to witness his formal commissioning. Year 13 student, David Liu had the honour of piping the official party into Chapel.

In making this appointment, the Trust Board believes that Mr Brooke has the professional and personal qualities that are key to providing outstanding leadership; qualities that are aligned with the core values and vision for the College. He is committed to excellence in all endeavours and to continuing the Saint Kentigern tradition of ‘Keeping the Faith’.

Addressing the Brooke family, Reverend Smith said, ‘We are delighted to welcome you to Saint Kentigern College. Tonight, as we commission Russell as the Principal of our College, we do so with a strong sense of tradition. We remember the group of Presbyterian elders from Saint Andrew’s Church in the city who founded Saint Kentigern 67 years ago, and the seven Principals who have gone before. But we also commission Russell with a great sense of anticipation and an eye to the future as we look forward to all that he will bring, as he takes hold of the tiller and leads our community on.’

Following the opening prayer, Head of Saint Kentigern, Mr David Hodge extended his welcome, saying, ‘This is an extremely important moment for us as we receive the leader who will take the College forward into the next exciting, exacting, challenging and aspirational stage of its development. It is a time to look forward and to dream and plan.’

In introducing our Premier Choir, Kentoris, Reverend Smith alluded to Mr Brooke’s own love of music. As a talented trumpet player, we expect to hear a little more about that as he settles in! The choir sang ‘Ka waiata ki a Maria,’accompanied by Year 12 student, Annie Ni on guitar.

Chairman of the Board, Dr John Kernohan and Mr Brooke came forward for the formal commissioning, with Dr Kernohan reading the same words used for the commissioning of the first Head, Reverend Adam MacFarlan in 1953. ‘Mr Brooke, on behalf of the Saint Kentigern Trust Board, I now commit to your charge and care this College, the scholars who may from time to time be enrolled and all the staff who serve here, assuring you of the Board’s confidence in you, and support of you, to implement the objects of the Trust.  May God richly bless you in this task.’

In response, Mr Brooke expressed his thanks, ‘Your presence here is humbling. It tells me how much you care about Saint Kentigern College, the continuing journey and your support for me.  With age, we gain some gifts of wisdom, patience and seeing the world in a different way. As I stand before you today, I don’t think I could have wished, nor planned, better learning through my life’s experiences. It is this learning that I offer you as start my service at Saint Kentigern College. The opportunity to lead a school committed to excellence, not just in a practice, result and intent, but also to the excellence of its people, and a Board committed to allocating resources to achieve their goals, is exciting. I particularly value the opportunity to lead a faith-based school, with a heart anchored in Christian values. I thank you for the support and for the opportunity to be part of the Saint Kentigern family.’

Two of our youngest students from Year 7, Madelyn Quay-Chin and Tom Aitken, joined the Head Prefects, Lulu Denholm and Will Bason to present some gifts; a Saint Kentigern Bible and all the essentials for supporting students on the side-lines – a Saint Kentigern umbrella, jacket and shirt. Mr Brooke is now ready to don ‘the blue and white’ and cheer his students on!

As the guests filed out, the Pipes & Drums of Saint Kentigern played in front of the Chapel, the skirl of the pipes and beat of the drums a reminder of our Scottish roots.

The Trust Board is confident that Mr Brooke will provide robust and effective leadership for the College as it continues to build on the strong foundations and achievements of the past 67 years of Independent Education.  We welcome Mr Brooke and his family to this, our place of learning and life, our ‘World of Opportunity,’ our special Saint Kentigern family.

AN NEW ERA OF LEADERSHIP

Recently appointed College Principal, Mr Russell Brooke follows on from seven leaders who have led the College since it opened in February 1953.

The Reverend Dr Adam M L MacFarlan came from Scotland to be the foundation Headmaster and continued until his retirement in 1983 when Mr Nigel R L Toy took up the role.  Mr Toy headed the College for 14 years until his resignation in 1997, when he took up a new position as Headmaster of St George’s School in Canada.

The Reverend David Williams was the third Headmaster of Saint Kentigern College and following his resignation in 2001, he became the Headmaster of Kinross Wolaroi School in Australia.  Mr Warren Peat was Executive Head from 2001 until 2008 when he was appointed Headmaster of John Paul College in Brisbane.

Mr Steve Cole became the new Head of College from the start of Term 3, 2009, with Mrs Suzanne Winthrop, Deputy Principal at the time, taking on the role of Acting Head in the intervening months until his arrival. When Mr Steve Cole resigned in April 2017, after eight loyal years of service, the Trust Board restructured the leadership at the College, disestablishing the role of Head of College, to appoint Mrs Suzanne Winthrop, as Principal of the newly named Senior College, and Mr Duncan McQueen as Principal of the Middle College. In the same year, Mr David Hodge was appointed as Head of Saint Kentigern, a role responsible to the Trust Board for performance and strategic operation of all Saint Kentigern schools.

Following two in-depth reviews during the course of 2020, the decision was made to return the Middle College and Senior College to a single College, to be led by a single Principal and the Board was pleased to appoint Mr Russell Brooke from ACG, Parnell in late 2019, to begin tenure in March 2020. 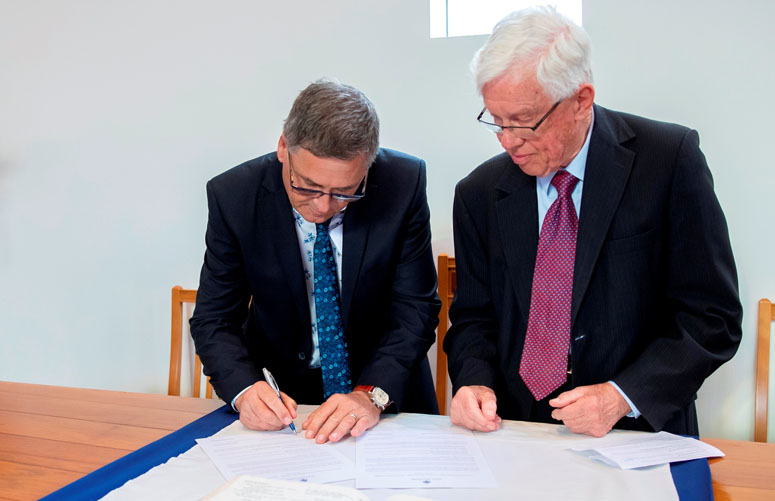 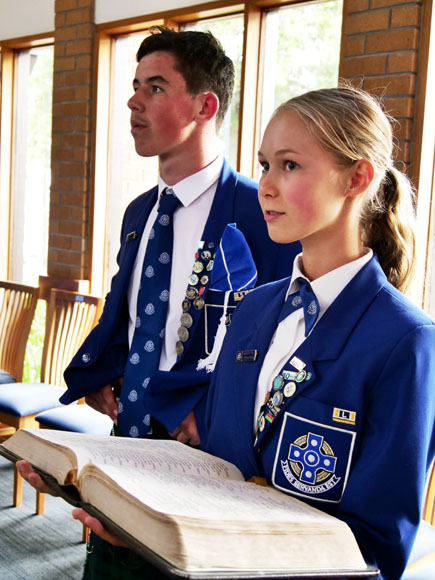 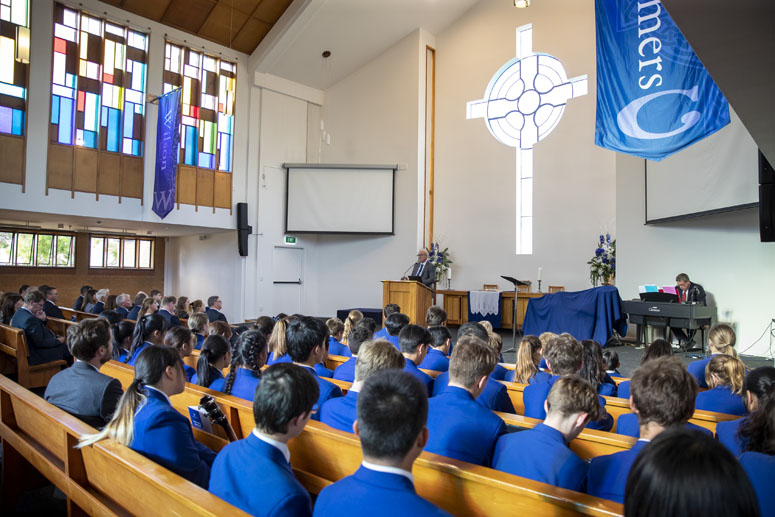 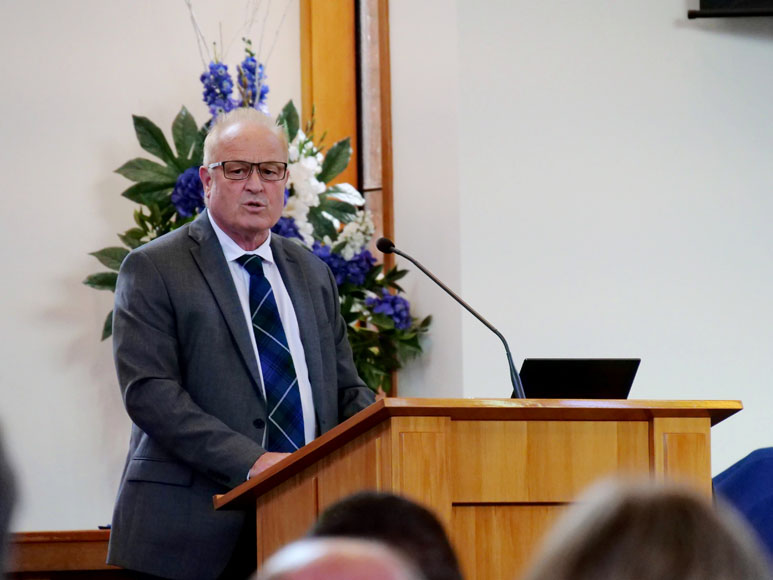 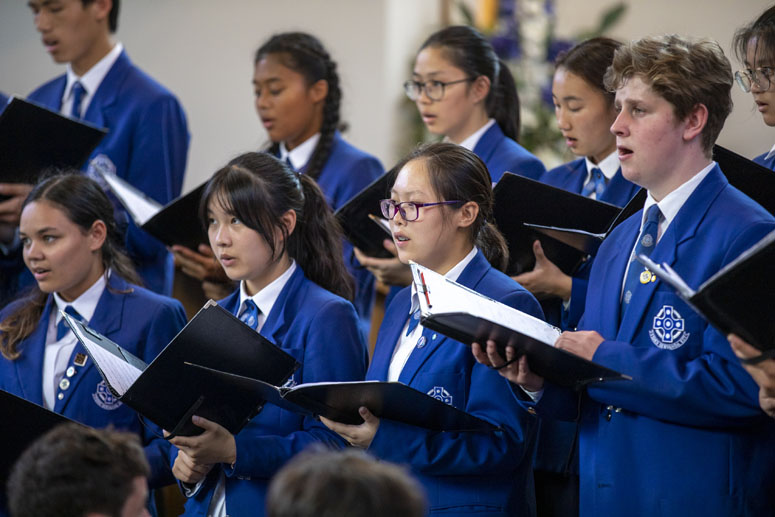 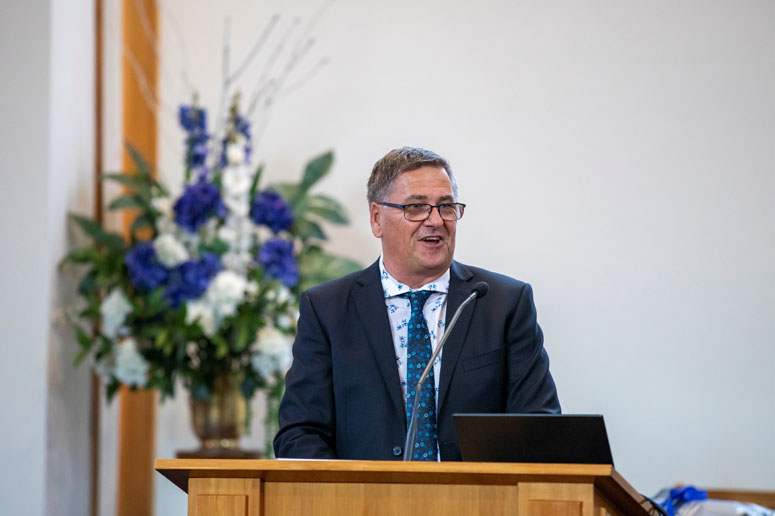