With thanks to Head of Music, Mr Ross Gerritsen

The College recently held choral showcase evening that was dedicated to Old Collegian, Wayne Robinson. Wayne passed away recently at age 27 after a long illness that began while he was at College.  During his time at the College he contributed a great deal to the music department and is fondly remembered by staff and former students alike. He was a talented saxophonist and composer, and as well as serving as Chapel Prefect, also took major roles in leading the choir, barbershop, stage band, concert band, orchestra and musical productions.

In remembrance of his passion for music, the four choirs Kentoris, A Minor, Musettes and Menasing came together for a performance in Elliot Hall to a packed audience. Entry was by donation with all proceeds going towards CanTeen, the charity that supports young people with cancer.

The first half of the evening saw Kentoris, the College’s auditioned choir, perform their recitals from their recent Big Sing performance in Dunedin where they received a Bronze award. Beginning with a flawless rendition of Mendelssohn’s Verleih uns Frieden, this was followed by Whitacre’s Eyze Sheleg/Rakut, and completed with Baldwin’s Hot and Cold.

The Middle School choir, A Minor stepped up to perform their repertoire from Kids Sing. Amongst their set, Marshall’s Pusi Nofo and Copland’s Ching a Ring Chaw were amongst the audience favourites.

Closing the first half Kentoris presented their outstanding tenor, Manase Latu in Tippett’s Steal Away, and as true to all of his performances, the Year 13 student’s voice soared and lifted across the full tenor range. Minoi Minoi by Marshall and Sure on this Shining Night by Lauridsencompleted their set.

In the second half Kentoris, Musettes and Menasing formed a massed choir of over 100 to perform Faure’s Requiem in honour of Wayne. In introducing the work, Head of Music, Mr Ross Gerritsen explained that a Requiem is dedicated to celebrate, remember, grieve, commend, and reflect on loved ones that we have lost recently, and who are still very much in our thoughts.  Separated into six parts, the audience were invited after the Sanctus to come up and join the students in lighting a candle for family and friends who have passed as a gesture in keeping their memories alive.

The evening was resounding success and we thank Lachlan Craig as Director, Gracie Francis as Accompanist, Timothy Carpenter as Organist and all who were involved to make this event possible. 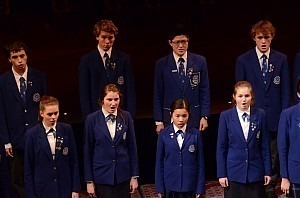 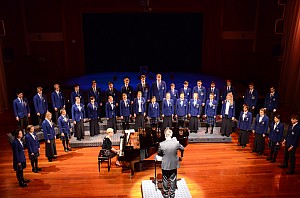 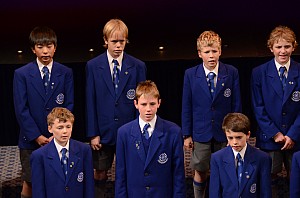 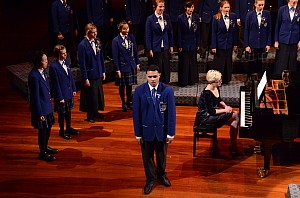 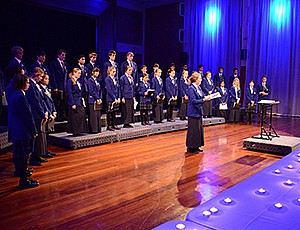 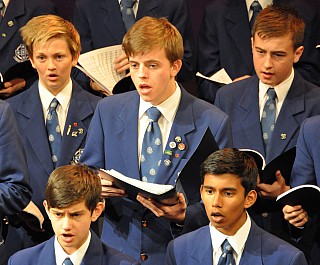