Rehearsals are underway for this year's College Musical, Spamalot!

If you’re old enough to remember and love Monty Python, then the 2015 College musical, ‘Spamalot’  - said to be ‘lovingly ripped off’ from the cult classic movie, ‘Monty Python and the Holy Grail’ - will undoubtedly draw you in.  For those too young to remember, be assured that you’re in for some madcap, comic mayhem when King Arthur and his Knights of the Round Table gallop into Elliot Hall at the end of Term 1!

To ensure the same rave reviews as the Broadway production, the staff, cast and orchestra headed to the picturesque Piha Mill Camp over the first weekend of term to ‘break the back’ of the complex musical score, script and dance routines.

Head of Music, Ross Gerritsen has compiled a mixed orchestra of students, Old Collegians and professional musicians who are currently piecing together 230 pages of ‘complex music’ to support the cast on stage.  Assistant Musical Director, Lachlan Craig is working with the cast on the large chorus scenes while directing some of the lead characters through their feature items.  Head of Dance and the show’s Choreographer, Mr Geordan Wilcox has spent considerable time introducing the cast to the myriad dance styles that they will have to master before the show opens, and Director and Head of Drama, Ms Emma Bishop is working with the leads to establish characterisation and style while working on accents, comic timing and the unity of the team of misfit Knights led by Year 11 student, Braydon Robinson in the role of King Arthur!

Mark these dates in your diary! 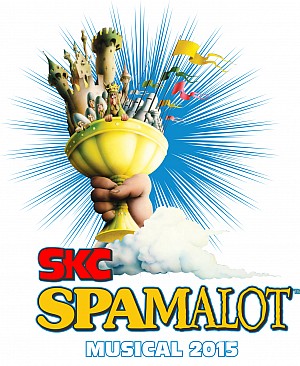